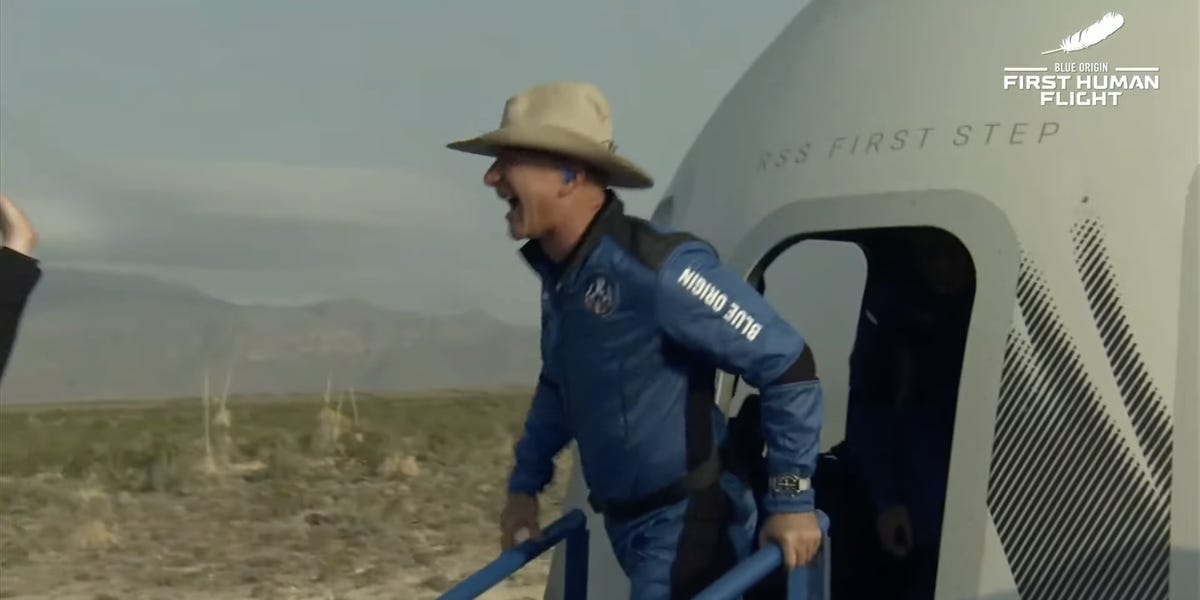 Welcome to 10 Things in Tech. If this was forwarded to you, sign up here.

Let’s get into it.

1. Jeff Bezos thanked Amazon employees and customers for footing the bill for his trip to space (which you can watch here). Plus, guests aboard the spaceflight opened up about their experience, with one saying there was “not quite enough room.” More from the passengers here.

2. #DeleteFacebook is trending — and there’s finally some bipartisan agreement. Right-wingers used the hashtag in response to Trump’s suspension; the left picked it up after Biden’s comments about vaccine misinformation. Both sides agree the industry needs more oversight.

5. Tesla delivered on it’s self-driving car promise, but now there’s a new price tag on it. Tesla owners can now use the Full Self-Driving feature — that is, as long as they’re willing to fork over $1,500 to upgrade the vehicle’s computer. Some customers feel like the EV company is punishing their earliest supporters.

7. We’ve gotta move our pollution into space, says Bezos. “We need to take all heavy industry, all polluting industry, and move it into space,” the billionaire said. See what else Bezos said after experiencing space for the first time.

8. Facebook ignored scientists asking about COVID-19 misinformation, according to a report. Management never approved inquiries to look into these things at the start of the pandemic. Facebook continues to battle the Biden administration over platform misinformation.

9. WeWork lost $40 billion in value and booted its CEO before its IPO. And we have the story from a new, smoking-gun book that details the entire meltdown. The inside story of WeWork and Wall Street’s chaotic partnership.

10. UserTesting has secretly filed for an IPO. The San Francisco-based software company has raised over $200 million in funding, according to PitchBook. Get a rundown of the full numbers.