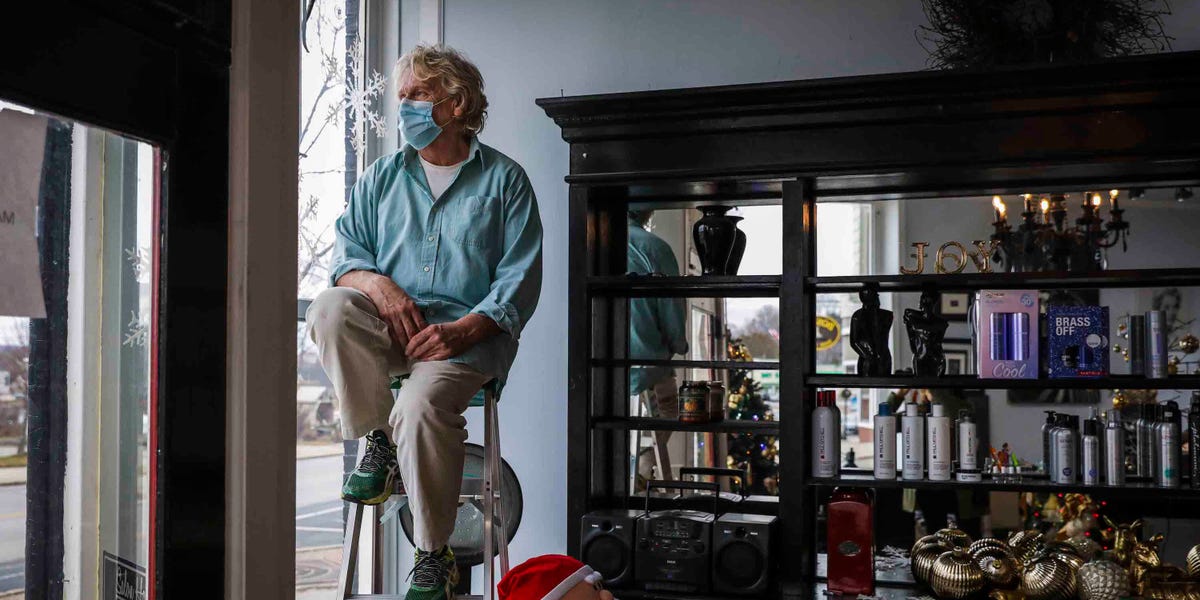 Small businesses don’t see things returning to normal anytime soon. The Delta variant is causing a surge in COVID-19 cases, and consumers are shopping less out of fear of contracting the virus.

Of more than 560 small-business owners surveyed, just 39% of them see economic conditions improving over the next year, according to a Friday survey conducted for the Wall Street Journal by coaching firm Vistage Worldwide Inc. This is down from 50% in July and 67% in March, marking the lowest small business confidence has been since early spring.

“It’s not so much that they are pessimistic, but that they are less optimistic about growth,” Richard Curtin, a University of Michigan economist, told the Journal.

Vistage also found that 22% of small-business owners say their revenue has already been affected by the increase in COVID-19 cases related to the Delta variant, and another 22% expect to soon be hit by the variant’s impact.

These survey findings came after the University of Michigan reported last week that consumers’ confidence of economic conditions had plunged to its lowest level since late 2011 due to Delta variant concerns.

Insider previously reported that while American shoppers have been helping lead economic recovery as the country reopened from lockdown during the pandemic, the Delta variant could quickly change that, according to Bank of America.

Specifically, the leisure and hospitality sector is the most vulnerable given its reliance on in-person work. While the sector received government aid, like stimulus payments, when the pandemic began, Americans no longer have that aid, meaning there isn’t much available to offset the impacts of the variant.

And, as Insider’s Madison Hoff reported, vaccinations could be the key in helping small business recovery. A report from Gusto, a small business payroll platform, found that small business employment is higher in the states with higher vaccination rates, and vaccinated employees could help bring consumers back to shopping.

The bipartisan infrastructure deal, approved by the Senate last week, did not include small business investments, but Senate Democrats’ $3.5 trillion reconciliation bill is likely to include those measures.