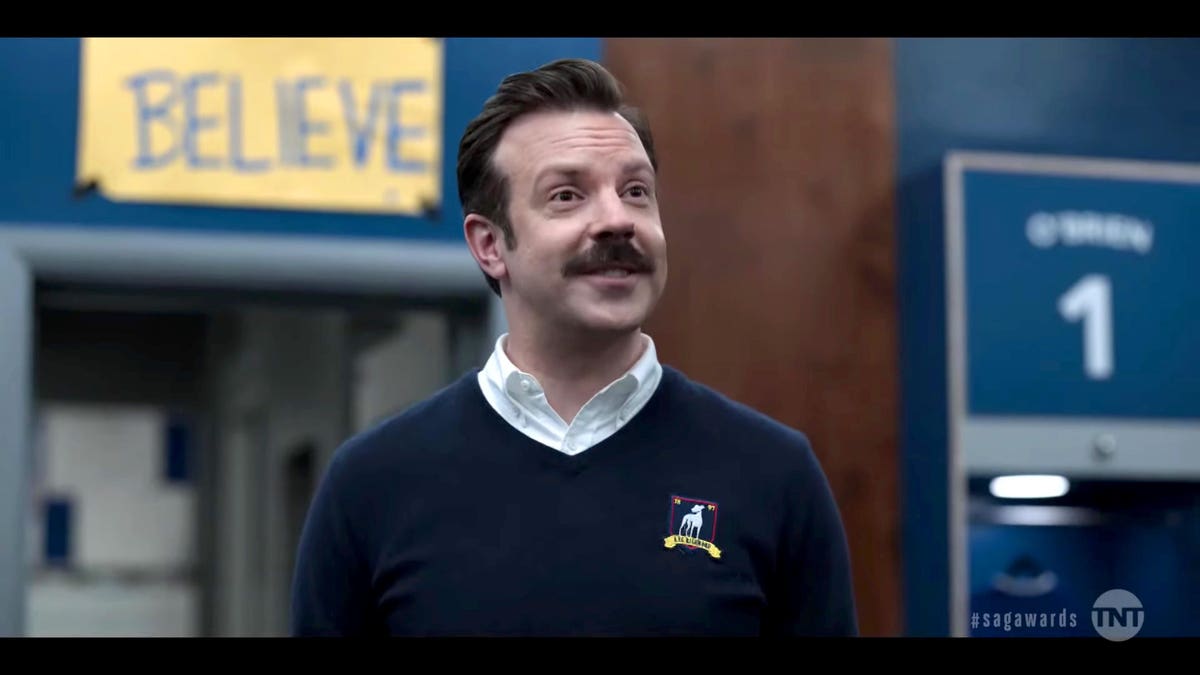 Two things are guaranteed when the next episode of Ted Lasso Season 2 drops on Apple TV Plus. First, viewership will be high. According to Apple, the show’s second season premiere delivered the largest audience of any original film or show on the platform. Second, audiences are guaranteed to see a character journey: a transformation of the character over the episode.

Writer Bill Lawrence, who co-created the series with Jason Sudeikis, says, “Every character’s journey was as important as Ted’s.” That statement helps explain why the series garnered 20 Emmy Award nominations, including two for writing. Sudeikis, who plays the optimistic American football coach hired to manage a Premier League soccer team, considers himself a writer first and an actor second.

Successful screenwriters understand a critical component of storytelling—characters have to undergo a change, a transformation. In the first season of Ted Lasso, every main character is transformed over the course of ten episodes. Thanks to Lasso’s unflappable optimism and positivity, the characters grow into better versions of themselves. “Ted is a catalyst for the other characters to look at themselves— and he’s on a journey himself,” says Lawrence.

A character arc—an emotional or physical transformation—is a fundamental building block of great stories in any form. And that includes business storytelling.

Here’s an example of a business story with a character arc.

A 7-year-old boy grows up in public housing in Brooklyn, New York. His father was a laborer who had a series of awful jobs. In 1960, his father got seriously hurt in one of those jobs. It was a  cold winter day, and he fell on a sheet of ice. He broke his hip and ankle. The boy’s family had no worker’s comp or health insurance. The boy witnessed the fracturing of a family as his father lost hope and fell into despair. In 1987, that boy had become an entrepreneur. He wanted to build the kind of company that offered its employees the support his dad had never received. He wanted to create the kind of company his father never had a chance to work for.

The 7-year-old was Howard Schultz. The company he built was Starbucks, one of the first U.S. companies to offer full health benefits to part-time workers and stock options to all its employees.

His father’s injury, a source of despair for the family, transformed how Schultz looked at leadership and the type of company he dreamed of building.

Whether you’re a leader of a team or a recent grad interviewing for a job, telling a compelling story will set you apart. Search your past for stories of transformation:

There’s a difference between a story and a great one. A ‘story’ simply needs a beginning, middle, and end. A great story, however, has characters you cheer for because they’ve been transformed.

Storytelling sets apart great leaders from average ones. Your story might not win an Emmy, but it could attract attention, earn the loyalty of a team, or capture new customers. Tell great stories to stand out.