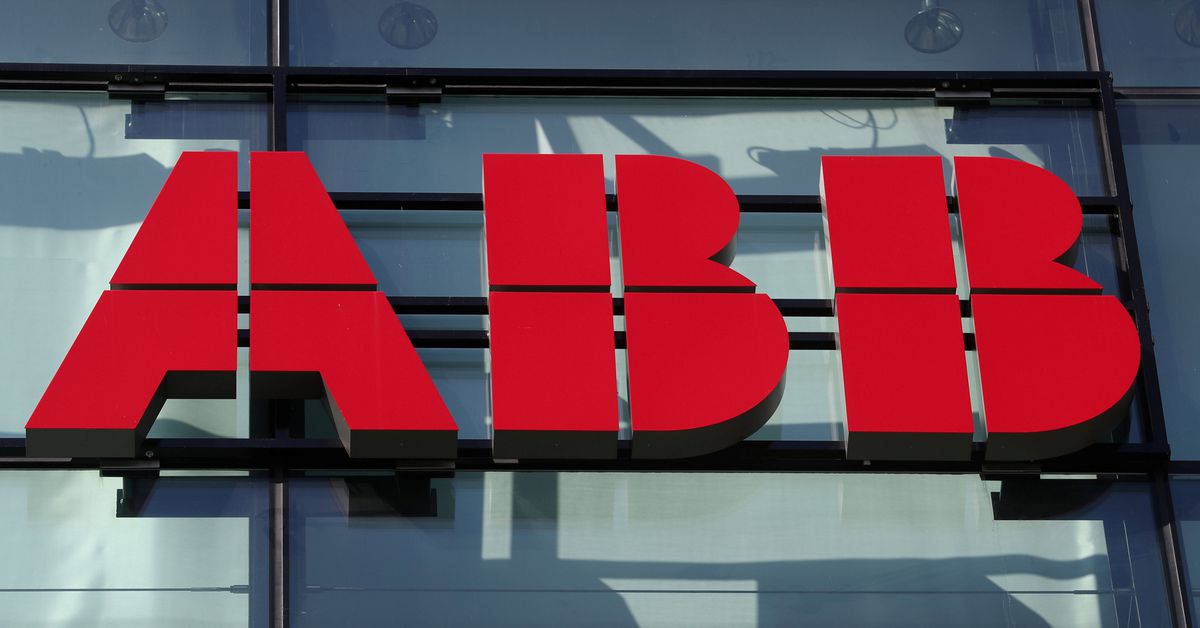 ZURICH, July 22 (Reuters) – Engineering company ABB (ABBN.S) doubled its full year sales guidance on Thursday thanks to resurgent global industrial demand and said it is forging ahead with plans to float its fast growing electric vehicle charging business next year.

The factory drives and robot maker reported better than expected second quarter results and said double-digit order growth was seen in all its business areas as customers rebuilt their inventories.

Sales of its high-speed electric vehicle chargers for buses and cars have seen an average growth rate of 50% since 2016, benefiting from a global boom in battery-powered vehicles.

Chief Executive Bjorn Rosengren said the business could be listed early next year to help accelerate its growth.

“Demand is enormous and we don’t expect it to go down,” Rosengren said, adding that orders had more than doubled in the first half of 2021.

The potential IPO is the latest stage of the reorganisation Rosengren has undertaken at ABB since taking charge in March last year.

The former Sandvik boss’s overhaul has been welcomed by investors, with ABB’s stock gaining 1.8% on Thursday to reach its highest level since November 2007.

ABB plans to keep a stake in the electro-charging business- a similar strategy to German rival Siemens (SIEGn.DE) when it spun off its medical equipment business Healthineers (SHLG.DE).

Rosengren said ABB would likely keep a controlling stake and would be ready to engage with investors during the fourth quarter, with a potential IPO pencilled in for early next year.

A separately listed electric vehicle charging business would probably have a higher valuation multiple than ABB itself, Rosengren said, which could help it with acquisitions of both software and hardware companies and attract capital for quick growth.

Reuters has reported the business, which had sales of $220 million in 2020, could achieve a valuation at about $3 billion in a float. read more

Updating investors on the rest of ABB’s divestment plans, Rosengren said an announcement on the sale of its Dodge clutch and transmission business would be made in the next few weeks.

The company’s turbocharging business, also slated for exit, could be spun off in the second quarter of 2022, the CEO said.

ABB now expects full-year comparable revenues to rise by just below 10%, above its previous view for a 5% increase.