Acer Chromebook 515 hands-on: business on the go – The Verge 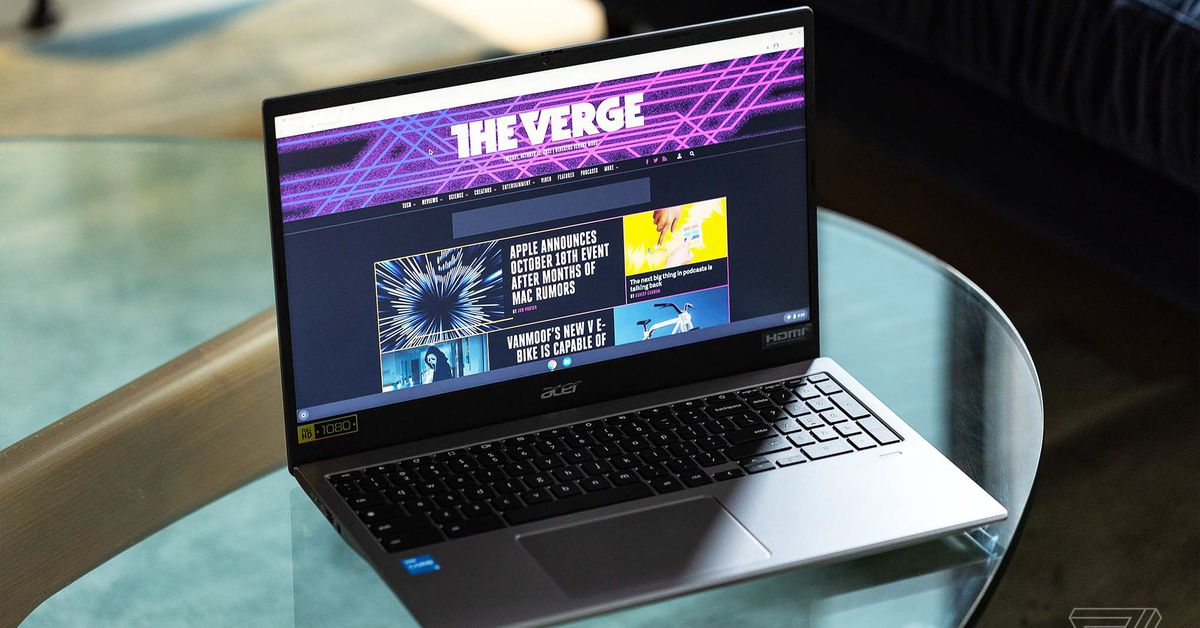 Like most laptop manufacturers, Acer has been courting remote workers and students with many of its new releases. I’ve spent some time with an early sample of the Chromebook 515, a new line targeting remote business users.

Perhaps most importantly for many work-from-home customers, the 515 looks to be a solid video-conferencing tool. The speakers, with the help of a built-in smart amplifier, deliver audio that’s surprisingly loud and easily fills a room — it’s louder than the audio of many much more expensive Windows laptops I’ve reviewed recently. The webcam has a physical shutter that’s easy to slide back and forth and did a good job keeping me visible in dim light (though it delivered a somewhat grainy picture). There are two built-in microphones as well.

The laptop also has the specs to accommodate a wide range of workloads. My unit has a respectable Core i3-1115G4 — models can also come with a Pentium Gold 7505, a Core i5, or a Core i7 (which will be overkill for most consumers). It performed speedily throughout my daily workload of around a dozen Chrome tabs and had no trouble playing YouTube videos over top. Acer hasn’t provided the battery size but claims you’ll get up to 10 hours. And while the 15.6-inch display isn’t the brightest, it’s quite roomy for multitasking and matte enough not to kick back any intrusive glare.

The main downside of the Chromebook 515 seems to be that it’s a bit ugly. I wouldn’t call it an eyesore, but it’s got the look of something you might pull off a school laptop cart — the bezels around the panel are chunky, and there’s significant flex in both the lid and the keyboard deck. It does have a nice finish, though, which is comfortable to hold, and it’s fairly portable at 3.75 pounds.

If you’d prefer something a bit smaller, the new 14-inch Chromebook 514 is powered by a MediaTek Kompanio 828 processor. Acer claims that one will get up to 15 hours of battery life. You’ll be able to buy it in North America in December, starting at $399, and in Europe, the Middle East, and Africa in November, starting at €399. The company’s Chromebook Spin 514 and Chromebook Spin 314 have also been updated with 11th-Gen Intel processors.