The American Civil Liberties Union of Hawaii is accusing a Honolulu police officer of a conflict of interest after he responded to an incident involving his business partner in 2019. The ACLU says the officer acted in his friend’s favor. 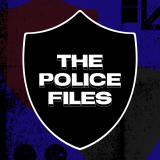 In a letter sent to HPD on Wednesday, the ACLU says its client Robin Hall was assaulted by her boss in June 2019 and that an HPD officer who responded failed to arrest him because the officer is a friend and business partner of the alleged suspect.

The organization called the case an “egregious conflict of interest” and called on HPD to address abuses of power within its ranks. The ACLU is threatening to sue if HPD fails to act.

The ACLU did not make Hall available for an interview and declined to share home surveillance video that captured the incident. Letoto said the video would support his side of the story.

According to the ACLU’s letter, Hall was working as a virtual assistant for Exceptional Obedience, a dog training business co-owned by both Letoto and Koanui.

However, she worked exclusively with Letoto, according to the ACLU.

On June 10, 2019, Hall and Letoto were having an “employment-related disagreement” at a home where she was staying.

“During this encounter, Mr. Letoto assaulted her by slamming the door into her in an attempt to break into the residence,” the letter states.

Hall called 911, and Koanui responded to the scene, the ACLU said.

“Presented with such clear conflicts of interest, Officer Koanui abused his power to protect both his business and his close friend and business partner,” the ACLU said.

Hall alleged that Koanui refused to file a police report against Letoto, which the ACLU said violates her constitutional right to petition the government.

“Officer Koanui then opened a false and misleading criminal report against Ms. Hall and threatened to arrest her if she persisted in trying to report his business partner’s crimes,” the ACLU said.

“This was an abuse of the criminal legal process and a direct infringement, and retaliation against the exercise of her First Amendment rights.”

Hall filed a complaint with the Honolulu Professional Standard’s office this month about the encounter, which occurred nearly two years ago.

The ACLU alleges that Hall was “physically and psychologically harmed” by the incident. She allegedly sustained injuries that required an emergency room visit and caused a limp, according to the ACLU, which added that the matter continues to “haunt and traumatize her today.”

He said that he and Hall had come to a mutual agreement that she would no longer be working for his company. He said he went to her home to retrieve her work cell phone and give her a check with her remaining earnings.

Hall demanded that she be paid in cash, Letoto said. He explained that he needed to pay by check so there would be a record of payment.

He said he gave her the check and that Hall tried to close the door on him while also saying that she would not return the business phone until she got cash.

“I put my foot in the door to prevent her from closing it, and I requested the phone,” he said. “And she repeatedly tried to push the door closed. She alleges she was injured. I did nothing but keep my foot there.”

He said he told her he would leave if she gave him the phone.

“She refused,” he said. “I never tried to break into her home.”

Letoto believes the home security video that captured the exchange would support his account.

Koanui’s response to the incident was coincidental, Letoto said. The officer happens to patrol that district and was dispatched by 911 after Hall called, Letoto said.

Another officer that responded in tandem with Koanui was “the primary,” according to Letoto.

“Because he knew full well that I was involved,” Letoto said. “And that’s exactly why he let the other officer take the lead.”

In Letoto’s telling, officers gave both Hall and Letoto the option of pressing charges against either other.

This isn’t the first time the ACLU has taken aim at an alleged conflict of interest at HPD. The organization, along with other lawyers, settled a lawsuit in March for $150,000 regarding an officer who arrested his teenage son’s school rival.

In that case, the ACLU tried to get HPD to agree to institute a policy prohibiting conflicts of interest in policing, but the organization said the city refused.

After the ACLU filed that lawsuit last year, the Honolulu Police Commission asked the HPD develop a conflict of interest policy, but the department hasn’t announced the creation of one.

On Wednesday, Commissioner Michael Broderick requested that HPD provide an update during a future meeting.

Sign up for our FREE morning newsletter and face each day more informed.