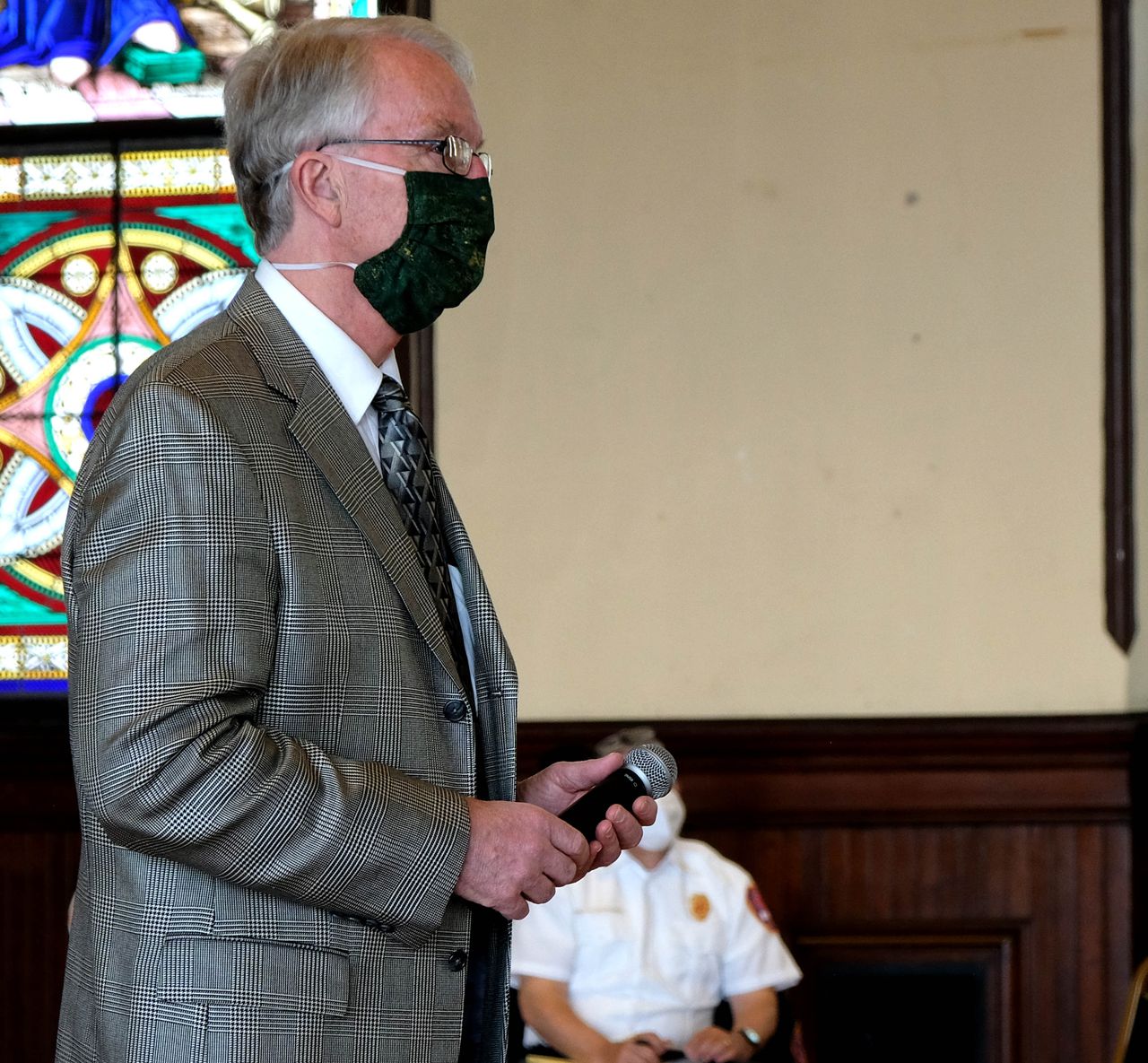 Murphy was recently sworn in as acting mayor and will serve until shortly after the November election.

John Brunelle of B and B Real Estate said the city’s greatest asset is Holyoke Gas & Electric. The city “dropped the ball” in not allowing the expansion of the area’s natural gas supply, he said.

In the past year, Brunelle said, developers “lost opportunities” as HG&E imposed a natural gas moratorium on new residential and commercial customers. More than 100 potential customers had to find alternative fuel sources, he said.

Murphy said he was slated to meet with James Lavelle, HG&E’s manager, about the situation. He asked what city departments could improve upon, such as introducing a one-step process for business licensing or permitting.

Andrea Stanley of Valley Mat described the process of getting a business off the ground in Holyoke as “fragmented” and rated interactions with city departments as average to excellent. She said information on the city’s website was outdate and links did not work.

Murphy said the business and permitting process should be easy and streamlined. “I never want to see anyone that they were disrespected” by a city employee, he said, noting how such interactions affect economic growth.

Anthony Soto, who operates Soto Home Care, said “perception is everything,” saying he was troubled by the amount of litter downtown.

Murphy said “a lot of good things” are happening in Holyoke and he wants to accelerate street and sidewalk repairs.

Besides the litter, Murphy said the downtown has too many abandoned and dilapidated buildings. “We’re going to clear, and we’re going to build,” he said. “Cleaning the streets, we need to do better.”

Mike Pratt, the owner of Holyoke Craft Beer, said his business garnered support from the community. The company applied for several COVID-19 relief grants, but roadblocks have slowed the process.

Murphy said City Hall could reopen to the public in four to six weeks, but he would continue to consult with local health officials.

Helene Florio, president of the Holyoke Taxpayers Association, said business owners’ biggest priority is hiring new employees, even with COVID-19 restrictions in place. She added that one restaurant is having problems finding servers. Florio said the fact Murphy hosted the listening session was a “huge step forward.”

Political consultant Anthony Cignoli agreed that perception plays a role in how businesses view Holyoke. He said Murphy should continue the listening sessions, which sends a positive signal to developers and investors.