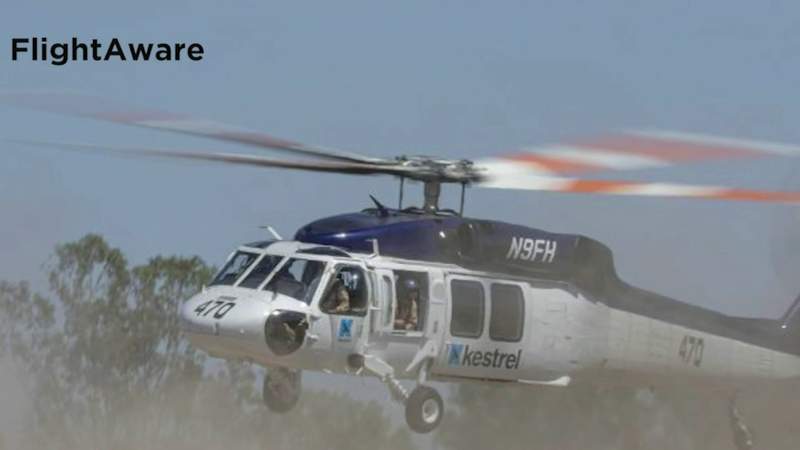 LEESBURG, Fla. – A federal contractor known for its firefighting aircraft services that owned the Black Hawk helicopter in a fatal crash Tuesday had no prior reported incidents, federal records show.

The Black Hawk helicopter crashed during a training exercise Tuesday evening near the Leesburg airport. Leesburg city officials said all four crew members died and their bodies have been recovered in the wreckage. Federal authorities have not released their names yet.

According to the Federal Aviation Administration, the aircraft was conducting a water drop exercise and lost control of the bucket causing the rotor section to separate. The chopper went down in a wooded area near the airport and caught fire.

The FAA and the National Transportation Safety Bureau are investigating the crash.

The aircraft in the crash is registered to Brainerd Helicopters Inc./Firehawk Helicopters. Leesburg police said the company is contracted out by local governments, and the federal government, across the country.

Firehawk Helicopters, also known as Brainerd Helicopters, is a family-run business that has been in operation since 1973. The company is based out of the Leesburg airport and has operations in Idaho.

Until Tuesday’s fatal crash, FAA and NTSB data suggests the company had an excellent safety record, with no reported incidents.

In a recent interview with a helicopter trade organization, the company’s vice president said Firehawk has a fleet of 12 aircraft, including nine Black Hawk S70 UH-60 helicopters.

“Firefighting has grown into our core business. We’ve been doing it since 1987,” Bart Brainerd told Helicopter Association International. “We also do prescribed burning, research and development test flying, aerial construction, movie and TV production, as most small helicopter companies. Whatever pays the bills.”

Brainerd Helicopters has been awarded more than $180 million in contracts with the federal government for firefighting and other services since 2007, records show.