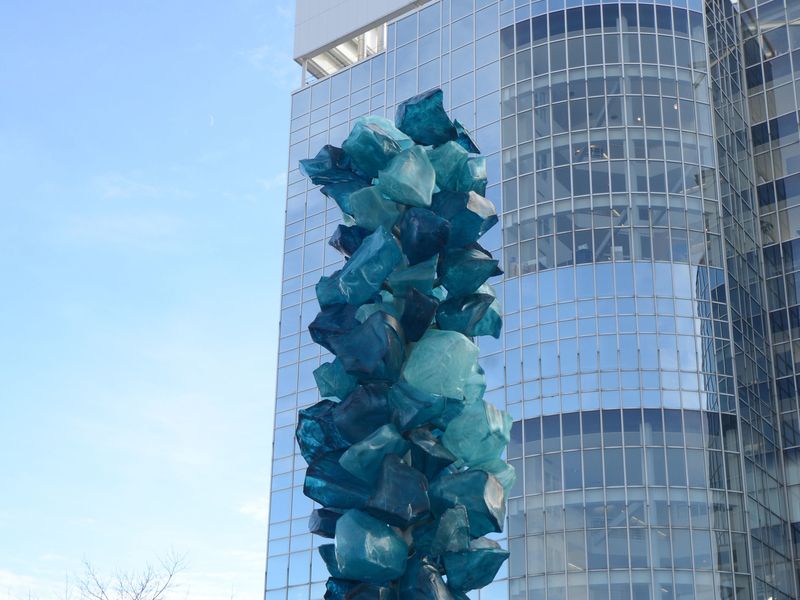 Akron startups working in materials science may soon get new support, as investors and business advocates say they’re working on plans to focus on the sector and its entrepreneurs.

The Akron ARCHAngels group will revamp its 15-member deal-flow committee to align it with the sector before it begins meeting again this fall, said Barry Rosenbaum and Gordon Schorr, both senior fellows at the University of Akron Research Foundation and leaders of the ARCHAngels network.

The goal is to focus the ARCHAngels on what Rosenbaum and Schorr call “hard tech,” which includes polymers, the broader area of material science and related fields.

“There’s a gap in the Northeast Ohio region, and the gap is funding, support, mentorship, integration and collaboration around these hard-tech materials and manufactured products. They’re not receiving, to our mind, the kind of support from the ecosystem we think is appropriate. … We would like to focus on that gap,” Rosenbaum said.

The ARCHAngels aren’t forming a special investment fund, but Schorr and Rosenbaum said the change in strategy is likely to help in that regard by getting hard-tech entrepreneurs in front of the group’s investors — and better prepared for strategic partnerships.

The ARCHAngels network has about 600 members and its quarterly meetings draw about 100, Rosenbaum said. Not all are investors. Some are in academia, some are in industry, and some are entrepreneurs themselves. They’re all looking to help, and hard-tech startups routinely need more than money to survive and grow, he contends. They also often need help with scientific and engineering expertise, finding supply chain and industry partners and even securing space to work.

“They (ARCHAngels) may be investing by sharing their network, helping to run the company or providing resources themselves — we have a lot of corporate people in the network,” Schorr said.

Rosenbaum said he thinks that if startups can get such resources, they’ll be better positioned to get investments, not only from ARCHAngels members, but from corporations and others.

The Greater Akron Chamber of Commerce is also starting an initiative in the materials science realm, this one specifically supporting the city’s polymer sector.

The chamber has brought in a big gun to help in the fight: former Goodyear head of research and senior director for global innovation Surendra Chawla.

Chawla said he joined the chamber as a consultant in January to help with the effort, which he thinks plays to the strengths of Akron’s major university and much of its industrial base.

“Just in our area … there are 174 polymer-related companies. That’s a large number, and just within three counties (Summit, Stark and Medina),” Chawla said. “And there are 560 in Northeast Ohio.”

The polymer sector, which to Chawla includes not only polymers, but also their supply chain, engineering and ultimately the products that use them, is not growing quickly enough, he said. And it does need more investment along with the other help.

“We identified one of the biggest shortcomings we have is this region (as) not being able to attract enough venture capital investment,” Chawla said. “And when it is available, it goes to new technology — software development, artificial intelligence and data analytics.”

The chamber isn’t yet ready to unveil its strategy to support polymer startups but will likely unveil its plan later this year, Chawla said.

To help raise more capital, the sector needs a better connection between large corporations, like Goodyear, and local entrepreneurs considering startups, Chawla said. While big companies formerly didn’t invest much in startups, that’s changing, he added — and Akron’s startups can benefit by aligning their goals with those of potential corporate partners and investors when possible.

“The companies, like Goodyear and Michelin, are changing their direction. Every one of these companies now has a venture fund, and they’re looking to invest in startups,” Chawla said. “These investments in startups have been a more recent phenomenon … but now, every one of these major corporations is looking for opportunities in startups.”

Large companies are likely better investment partners for startups working in materials sciences, Chawla said, because such investments typically have longer timelines than individual investors will tolerate. They can get quicker returns on startups working in software or other soft technologies.

If the new hard-tech efforts work, they’ll be welcomed by people like Kaushik Mishra, CEO of PolyLux, a company making special adhesives that release under certain wavelengths of light, for medical and other applications.

Mishra has been working to bring the company’s technology out of laboratories at the University of Akron and into production by working out of the Akron Bounce Innovation Hub business incubator. He knows all too well how hard it is to raise capital for a materials science venture, though he understands why many investors are instead drawn to software companies.

“That’s bound to be the case — it’s so much easier,” Mishra said. “You put in $200,000 (in a software startup) and you have four people working for a year, and that means a product can go from ideation to market. In just my lab, I have more than a million dollars’ worth of equipment.”

But Mishra also agrees with the ARCHAngels that more than money is needed for people like him to succeed.

“What does not exist is an ecosystem to foster people and teach them to build companies,” Mishra said.

He’s skeptical, but hopeful that the new initiatives will help. He’s been clamoring for such efforts for years, he said, and has often been frustrated to see regional economic development efforts focused on soft technology, potentially at the expense of materials science. Akron should play to what its strengths are, not what it wishes they were, Mishra contends.

“We’re not going to be the next Silicon Valley,” Mishra said. “How about we focus on what we’re good at, and that means focusing on people that come out of the system here and young people willing to take risks.”

If the region ignores the sector for too long, he said, it will lose future entrepreneurs like him.

“If you want to keep highly educated, potentially highly paid people in your city, people who would foster more growth across shops and all sorts of commerce, you need to focus on your undue advantage. And our undue advantage is materials science,” Mishra said.