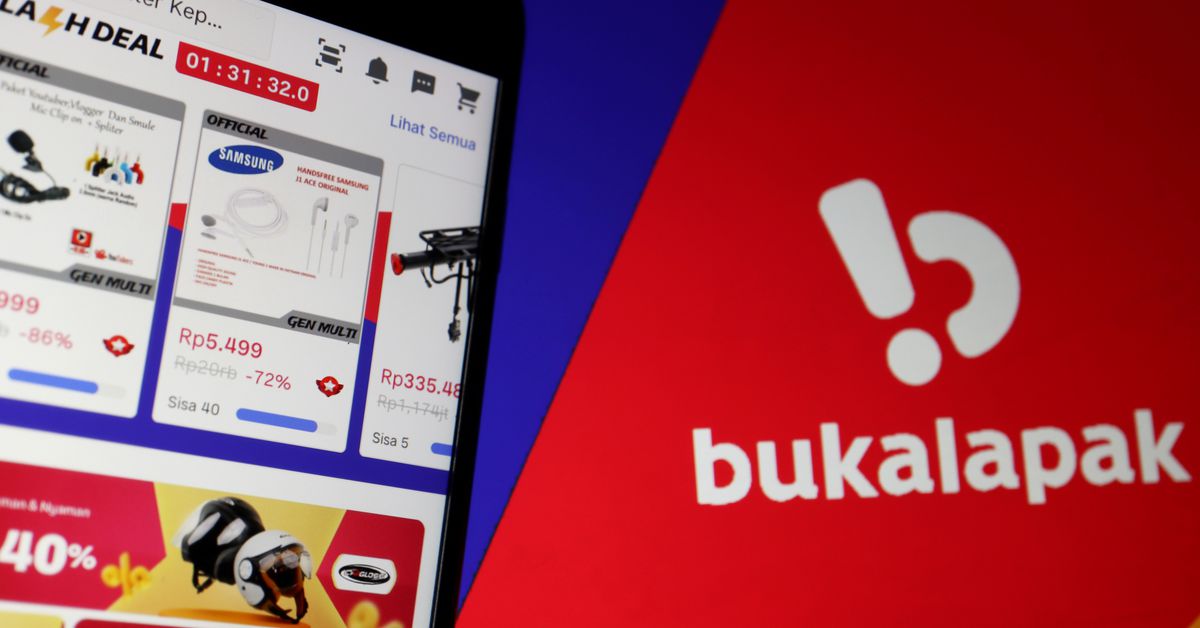 Public equity capital raising by Southeast Asian firms has surged to a four-year high of $8.4 billion this year, data from Refinitiv shows, with companies such as Indonesian e-commerce firm Bukalapak (BUKA.JK) attracting strong interest in its IPO.

Private equity investments have also jumped, reaching $8.2 billion, just shy of a record of $8.9 billion in 2020 and expanding the “unicorn” club of startups valued at more than $1 billion.

Near-term fundraising activity will be led by Indonesian tech group GoTo’s expected completion of a $2 billion pre-IPO funding, while about a dozen start-ups are looking to list regionally or in the United States over the next two years, bankers and investors said.

The hectic pace of activity comes as the COVID-19 pandemic boosts consumers’ adoption of digital platforms and investors scout for internet-based companies that are able to grow their businesses faster in a region of 650 million people.

Cash-rich global funds are also sharpening their focus on these opportunities, given China’s regulatory crackdown on technology companies.

“There’s strong interest from public market investors to get exposure to the growth profile of this region,” said Jeffrey Perlman, head of Southeast Asia at buyout fund Warburg Pincus, one of the biggest investors in the region.

Startups looking to list as early as this year include Indonesian travel firm Traveloka and online classified marketplace Carousell, sources familiar with the plans said.

Regional logistics group Ninja Van and Thai e-commerce enabler aCommerce both said an IPO was a possibility but gave no timeline. Other sources said Thai startup Pomelo Fashion was considering an IPO next year.

Traveloka and Carousell declined to comment. Pomelo Fashion did not immediately respond to a request for comment.

“We do see more exciting companies emerge. I would be constructive on the opportunities within Southeast Asia,” said Sukumar Rajah, director of portfolio management at Franklin Templeton Emerging Markets Equity.

Southeast Asia’s internet economy is forecast to triple to $300 billion by 2025 from end-2020, according to a report from Google, Temasek and Bain & Company.

The total value of venture capital transactions has already hit a record $10 billion in the first half of this year, surpassing 2020’s level of $8.2 billion, data from industry tracker Preqin shows.

“The difficulty lies in which are the few business models that can really do pan-regional because that’s where the real opportunity is.”

“Investors have also been to the movie before in China and India, so they are looking to leverage that experience in a bigger way and avoid missing out on some of those same opportunities,” said Perlman from Warburg Pincus.

Ride-hailing and food delivery firm Grab, struck a record $40 billion SPAC deal in April as part of a U.S. listing.

“It’s rare that our part of the world gets the attention. It’s not China or India or Australia or Korea but Southeast Asia,” said Hari Krishnan, CEO of regional online marketplace PropertyGuru, referring to interest from SPACs.

Singapore-based PropertyGuru agreed a $1.8 billion merger with a SPAC backed by tycoons Richard Li and Peter Thiel to list in the United States.

However, some concerns are emerging over whether the abundant global liquidity is inflating company valuations and if they can be sustained in secondary markets.

For example, Bukalapak, which launched Indonesia’s biggest IPO of $1.5 billion this month after scaling it up from $300 million, saw its shares jump 55% from its IPO price in the first few days before giving up most of its gains.

“To justify its high enterprise value to sales multiples, Bukalapak will need to maintain annual revenue growth at around 50% over the next five years, which seems like a rather difficult target,” said Oshadhi Kumarasiri, equity analyst at LightStream Research.