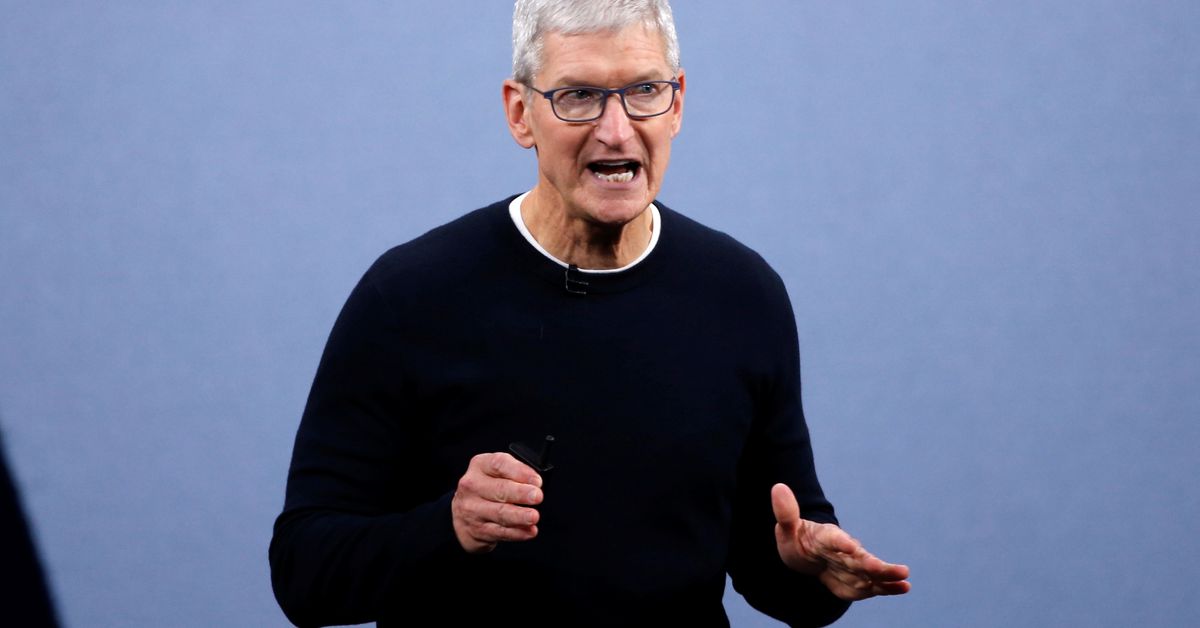 Cook, in his first public comments about the Digital Markets Act (DMA) proposed by EU antitrust chief Margrethe Vestager, said parts were good but others were not. He said he feared the draft rules would lead to more installing of apps that do not come via Apple’s App Store, or “side-loading”.

“You take an example here where I don’t think it’s in the best interest (of the user): the current DMA language that is being discussed would force side-loading on the iPhone,” the Apple CEO, speaking remotely, said at VivaTech, France´s biggest tech conference.

“And so this would be an ultimate way of getting apps onto the iPhone,” he said. “It would destroy the security of the iPhone, and a lot of the privacy initiatives that we’ve built into the App Store or the privacy intrusion labels and app-tracking transparency,” he added.

Earlier this month, EU lawmaker Andreas Schwab, who is leading the European Parliament scrutiny of the draft rules, said he wanted to beef up the legislation and narrow its scope to just big companies like Google (GOOGL.O), Amazon (AMZN.O), Apple and Facebook (FB.O).

Apple would take part in the debate and try to find a way forward, Cook said.

Reporting by Foo Yun Chee in Brussels and Mathieu Rosemain in Paris;