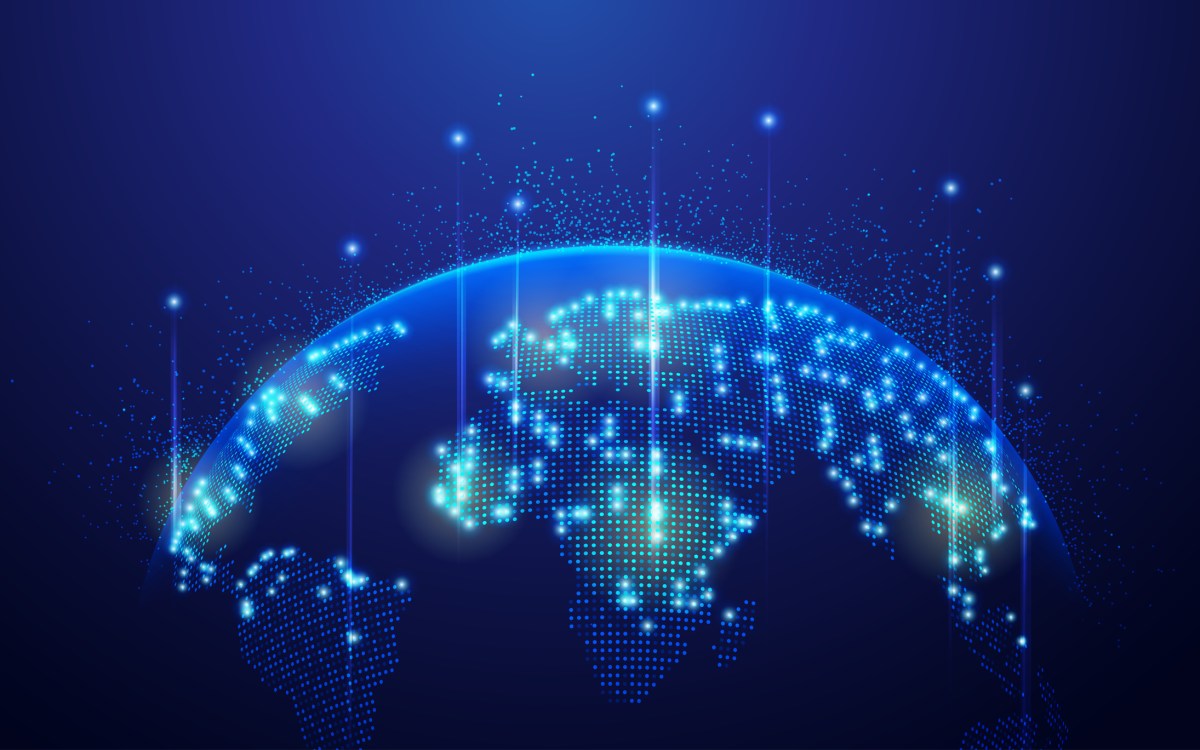 The Jan. 6 riot at the U.S. Capitol raised important questions about the influence of social media, online misinformation and hate speech.

For Ian Bremmer, founder and president of the political risk consultancy the Eurasia Group, the event showed how the growing power and influence of tech companies are starting to overshadow the influence of traditional government institutions.

“After Jan. 6 … the U.S. government was completely unable to respond, unwilling to respond,” Bremmer said in a recent interview with “Marketplace Morning Report” host David Brancaccio.

The following is an edited transcript of Brancaccio’s interview with Bremmer, which focused on the political and economic implications of a world in which billions of people are becoming “citizens” of Big Tech.

David Brancaccio: So we’re headed to a place where we aren’t as much citizens of the U.S., Belgium or, I don’t know, Singapore, but citizens of Facebook or Google? How do you have that figured?

Ian Bremmer: Well, we’re both. I mean, we used to be sort of exclusively citizens of countries. And increasingly, we’re citizens of these tech companies too. And the reason for that is because the tech companies actually exert sovereignty over their digital spaces. The economy’s increasingly digital, the amount of time and our interactions increasingly intermediated by their algorithms, and the power and influence that they exert, even over our politics, is vastly greater than we’ve ever experienced from multinational corporations in the past.

Brancaccio: So the lightbulb went off for you on this point during the insurrection in January?

Bremmer: It did. You know, after Jan. 6, which I mean, for you and me would have been the most dramatic attack on our political institutions domestically of our lifetimes, and the U.S. government was completely unable to respond, unwilling to respond. But the tech companies did; I mean, they deplatformed Parler [a social media service favored by the political far right], almost immediately, Amazon and Apple, and then they deplatformed a sitting U.S. president [Donald Trump] from Facebook and Twitter. And, you know, the implications of that, for American politics, are profound. And yet these decisions are being made by individuals who, if anything, are responsible to their shareholders, but certainly have no social contracts or obligations to American citizens. And that’s quite startling.

Brancaccio: Yeah, at the very least, we didn’t elect them. So I mean, you’ve been to all these conferences over the decades, right, Ian, where [you’re] asking whether the American century can persist to deep into the 21st century, or if the world will, instead, revolve around China. But maybe the question is, you’re suggesting, maybe it will revolve around Alphabet Google?

Bremmer: Certainly, to the extent that national security is increasingly about cyberspace and data and surveillance, to the extent the global economy is increasingly transmitted through the digital, the virtual world, and to the extent that politics exists in virtual space, all of which are controlled by these companies and not really regulated by the government, that does imply that, yeah, we’re sharing power. And it’s not just the United States versus China. It’s also about what sorts of models for governance these companies are going to decide and exert.

Brancaccio: I hear you saying something deeper than just the fact that multinational corporations in general have a stateless quality, they’re citizens of nowhere and everywhere. This is about actually the rules for our lives — David, Ian and anyone listening— being in part shaped by these tech companies.

Bremmer: That’s right. And that’s why, you know, narratives of calling Facebook the new Big Tobacco really is incorrect. I mean, companies that we’ve had challenges with historically, whether it’s pharmaceuticals or tobacco or multinational oil corporations, I mean, they all exist in real-world environments, and regulations apply to them. If the government fails to apply those regulations or they’re captured by those corporations, we get angry and we try to rectify it. When you talk about companies like Facebook or Google, or Tencent or Alibaba in China, I mean, the very space that they have constructed — it’s their architecture, their algorithms — I mean, how would we know when a new algorithm was rolled out? And what kind of data they’re surveilling and what those models are all about? It’s not like you have a new vaccine and it goes through [a Food and Drug Administration] process. We literally don’t have the capabilities, the institutions, to functionally regulate this space.

Brancaccio: I mean, you study this. Do you think countries could rein in the tech companies? I mean, China can. It’s doing it this afternoon.

Bremmer: It’s very interesting that there aren’t people like Elon Musk and Mark Zuckerberg anymore in China. They had one; it was [former Alibaba Chairman] Jack Ma, and he ain’t there anymore. You know, it’s interesting, David, in the same way that when the Soviet Union collapsed, the Chinese looked at that and they said, “Oh my God, we’ve learned a big lesson. We cannot allow political reform at the same time as economic reform because look what happened to them. We can’t let that happen here.” I think the Chinese are seeing what happens when you apply animal spirits of the markets to technology companies in the West. And they’re saying, “We cannot allow that to happen in China.” And I think decisions that are being taken by the Chinese government at the top level, in terms of reining in tech companies — not allowing them to [have initial public stock offerings] in the U.S., saying that kids only get three hours on video games a week and they don’t roll over if you don’t use them — all of those things are lessons that the Chinese government are taking from what’s transpiring in the United States and the West more broadly right now.

Brancaccio: Now, more broadly, we can’t predict how this is going to play out. Lots of different scenarios in terms of state power, nation power and tech power.

Bremmer: I think that’s right, David, we can’t predict it. What we can see is in the same way that you and I think about governments as being more or less democratic or authoritarian, we can see that these technology companies have different models as well. Some of them are trying to align themselves more with governments. There’s more of that happening in China than the United States, but certainly Microsoft, for example, in the U.S., is aligning itself as more of a national champion for the U.S. and Western democracies. There are other companies that want to be more globalist. They want the government out of their lives. They want to capture the regulatory process. Apple is much more like that. And then you have companies that think that governments are going to go away. When I look at ethereum, for example, and [ethereum co-founder] Vitalik Buterin, I mean, this is a guy who thinks that the future of cryptocurrency means that there is no more U.S. dollar, that America’s, you know, sort of sovereign capacity to print [money] with abandon goes away. And not because of China, but because of new-technology companies. And you’re right, we don’t know which of those is going to prevail, but bets are presently being made. And the future of the global order and the global economy is going to be fought increasingly in this space over these issues.