As locusts swarmed East Africa, this tech helped squash them – The Denver Post 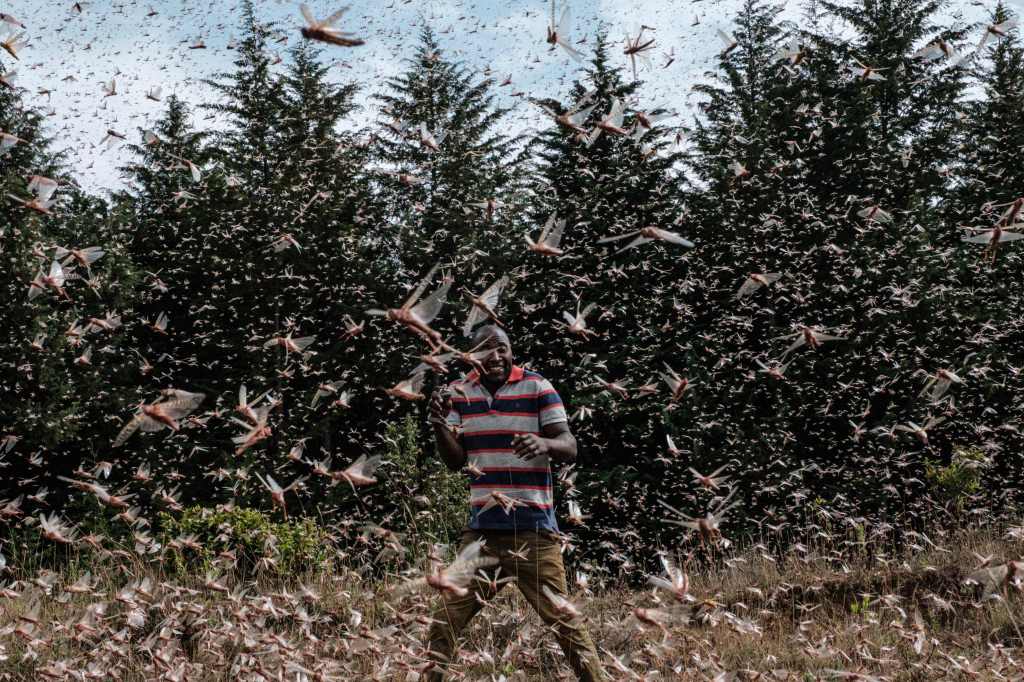 Melodine Jeptoo will never forget the first time she saw a locust swarm. Moving like a dark cloud, the insects blotted out the sky and pelted her like hail.

“When they’re flying, they really hit you hard,” said Jeptoo, who lives in Kenya and works with PlantVillage, a nonprofit group that uses technology to help farmers adapt to climate change.

In 2020, billions of the insects descended on East African countries that had not seen locusts in decades, fueled by unusual weather connected to climate change. Kenya had last dealt with a plague of this scale more than 70 years ago; Ethiopia and Somalia, more than 30 years ago. Nineteen million farmers and herders across these three countries, which bore the brunt of the damage, saw their livelihoods severely affected.

“People were operating in the dark, running around with their heads cut off in a panic,” said Keith Cressman, a senior locust forecasting officer at the United Nations Food and Agriculture Organization. “They hadn’t faced something of this magnitude since the early 1950s.”

But as bad as 2020’s swarms were, they and their offspring could have caused much worse damage. While the weather has helped slow the insects’ reproduction, the success, Cressman said, has primarily resulted from a technology-driven anti-locust operation that hastily formed in the chaotic months following the insects’ arrival to East Africa. This groundbreaking approach proved so effective at clamping down on the winged invaders in some places that some experts say it could transform management of other natural disasters around the world.

“We’d better not let this crisis go to waste,” said David Hughes, an entomologist at Penn State University. “We should use this lesson as a way not just to be adapted to the next locust crisis but to climate change, generally.”

Desert locusts are the Dr. Jekylls and Mr. Hydes of the insect world. Normally, the grasshopper-like plant eaters spend their time living solitarily across the deserts of North Africa, Southwest Asia and the Middle East. But when rains arrive, they change from a muted brown into a fiery yellow and become gregarious, forming groups of more than 15 million insects per square mile. Such a swarm can consume the equivalent amount of food in a single day as more than 13,000 people.

The locust plague that hit East Africa in 2020 was two years in the making. In 2018, two major cyclones dumped rain in a remote area of Saudi Arabia, leading to an 8,000-fold increase in desert locust numbers. By mid-2019, winds had pushed the insects into the Horn of Africa, where a wet autumn further boosted their population. An unusual cyclone in Somalia in early December finally tipped the situation into a true emergency.

“Ten years ago, there would have been between zero and one cyclones coming off the Indian Ocean,” Hughes said. “Now there’s eight to 12 per year — a consequence of climate change.”

Countries like Sudan and Eritrea that regularly deal with small, seasonal swarms have teams of locust trackers who are trained to find the insects and recognize which life cycle stage they are in. They use a tablet-based program to transmit locust data by satellite to national and international authorities so experts can design appropriate control strategies.

But people outside of those frontline locust nations who may want to start using this system today would encounter a typical technology problem: The version of the tablets that the locust-tracking program was written for is no longer manufactured, and newer tablets are not compatible with the software. And even if the hardware were available, in 2020, East Africa lacked experts who could identify locusts.

“We’d never had a dress rehearsal for the real thing,” said Alphonse Owuor, a U.N. Food and Agriculture Organization specialist in Somalia. “We had people who were very familiar with locusts in theory, but who didn’t have the experience or equipment required to carry out this massive operation.”

With swarms suddenly covering an area of Kenya larger than New Jersey, officials were tasked with creating a locust-combating operation virtually from scratch. Collecting dependable, detailed data about locusts was the first crucial step.

Rather than try to rewrite the locust-tracking software for newer tablets, Cressman thought it would be more efficient to create a simple smartphone app that would allow anyone to collect data like an expert. He reached out to Hughes, who had already created a similar mobile tool with the Food and Agriculture Organization to track a devastating crop pest, the fall armyworm, through PlantVillage, which he founded.

PlantVillage’s app uses artificial intelligence and machine learning to help farmers in 60 countries, primarily in Africa, diagnose problems in their fields. Borrowing from this blueprint, Hughes and his colleagues completed the new app, eLocust3m, in just a month.

Unlike the previous tablet-based program, anyone with a smartphone can use eLocust3m. The app presents photos of locusts at different stages of their life cycles, which helps users diagnose what they see in the field. GPS coordinates are automatically recorded and algorithms double check photos submitted with each entry. Garmin International also helped with another program that worked on satellite-transmitting devices.

“The app is really easy to use,” said Jeptoo of PlantVillage.

In the past year, more than 240,000 locust records have poured in from East Africa, collected by PlantVillage scouts, government-trained personnel and citizens. But that was only the first step. Countries next needed to act on the data in a systematic way to quash locusts. In the first few months, however, officials were strategizing “on the back of envelopes,” Cressman said, and the entire region had just four planes for spraying pesticides.

When Batian Craig, director of 51 Degrees, a security and logistics company focused on protecting wildlife, saw Cressman quoted in a news story about locusts, he realized he could help.

Craig and his colleagues, who are headquartered at Lewa Wildlife Conservancy in central Kenya, conduct regular anti-poaching aerial surveys that could be repurposed to seek out and destroy locust swarms. They also closely communicate with rural communities affected by the insects.

Engineers at Vulcan agreed to customize a version of EarthRanger for locusts, integrating data from the eLocust programs and the computer loggers on aerial pesticide sprayers.

Lewa Conservancy quickly became the headquarters for aerial survey and control across the region. By June, these efforts were paying off. Locusts were prevented from spilling into Africa’s Sahel region and west to Senegal.

“If we didn’t stop them, the locusts would have reached Chad, Niger, Mali and Mauritania,” said Cyril Ferrand, leader of the FAO’s Eastern Africa resilience team. “We were able to prevent a much bigger catastrophe.”

The progeny of the 2020 swarms continue to cause damage across East Africa. But now, countries are better able to combat them — equipped with the new technology, 28 aircraft and thousands of trained government locust trackers. In February alone, locust-patrolling pilots in Kenya, Ethiopia and Somalia flew the equivalent of three times the circumference of the globe. They sprayed swarms before they had time to mature, stopping the insects from multiplying and spreading into Uganda and South Sudan, as they did last year.

“The situation is still very, very serious,” Cressman said. “But if you compare now to a year ago, the countries are a thousand times more prepared.”

Since February 2020, the FAO estimates that this effort in East Africa has averted the loss of agricultural products with a commercial value of $1.5 billion — saving the livelihoods of 34 million people.

“These are big data for a region that’s already very fragile,” Ferrand said.

The new approach could yield even greater results in tracking, combating and even averting future disasters. Hughes is now working with experts from the National Oceanic and Atmospheric Administration and the Massachusetts Institute of Technology to use locust reports to build models that will predict future plagues. Such insight would allow countries to implement preemptive control strategies that are less environmentally damaging than pesticides.

The same approach, Hughes said, could also be used to combat other climate-related disasters, such as floods, droughts and pest outbreaks.

“Locusts show how we can crowdsource with artificial intelligence,” Hughes said. “This can be an absolute game-changer to hundreds of millions of people as we adapt to climate change.”