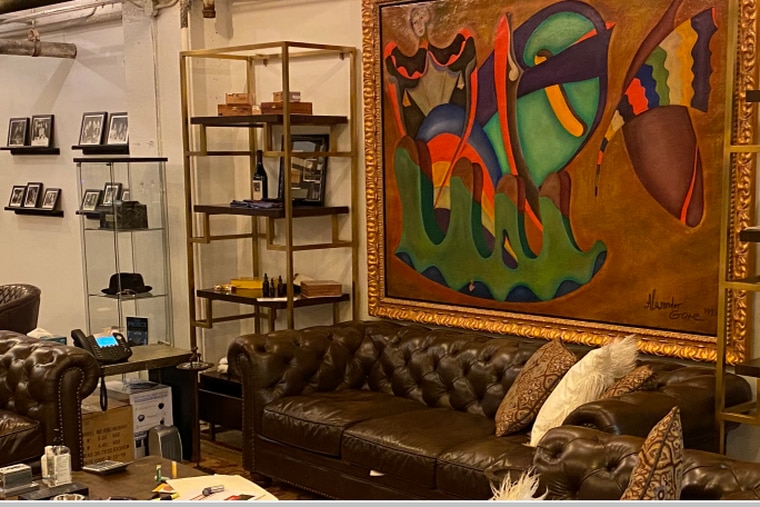 After they stopped making payments to investors and as a federal civil fraud case loomed, the two founders of Par Funding — a twice-convicted felon and his wife — made one last big purchase.

Now, the court-appointed receiver charged with helping investors recover their money says the couple, Joseph W. LaForte and Lisa McElhone, used investors’ money to pay for the watches and dummied up bogus paperwork to hide it.

The couple denies that. Their lawyer says that the pair bought the watches with their own money, and that it is “shameful” for the receiver to parade their luxury purchases in front of already aggrieved investors.

The case of the Swiss watches made by the Patek Philippe company, one of the world’s oldest luxury timepiece makers, is laid out in the latest filings in the sweeping fraud case brought by the U.S. Securities and Exchange Commission against LaForte and McElhone. The lawsuit accuses them and others of defrauding 1,200 investors in their Philadelphia-based business that lent money at high interest rates to struggling merchants.

In pleading after pleading, the receiver keeps adding new information about the Main Line pair’s spending sprees and extravagant lifestyle. The latest was filed Sunday, when receiver Ryan Stumphauzer and his Philadelphia-based lawyer, Gaetan Alfano, told the court they want to seize and sell those watches.

Over the last year, the receiver has obtained or sought the right to seize a seemingly endless series of big items, from houses to boats, purchased by the couple. The goal is to accumulate assets that can be sold to diminish investors’ stated losses if the SEC prevails in court. So far, the receiver has identified about $150 million or so in cash, real estate, and other goods vs. the more than $400 million owed investors.

In more recent filings, Stumphauzer and Alfano have gone after the watches, as well as $2.1 million in art purchased last year. They are seeking the couple’s fleet of boats and cars, including a custom $333,000 yacht, a $188,000 pontoon boat, and two WaveRunner watercraft worth about $9,000 each.

Stumphauzer already controls their three homes — a $2.4 million house in Lower Merion, a $2.6 million lodge in the Poconos, and a $5.8 million house in Jupiter, Fla., a few blocks from a mansion purchased during the spring by Donald Trump Jr. The receiver also has dominion over $40 million more in real estate the couple bought since 2017, mostly in Philadelphia.

LaForte, 50, served prison terms for a $14 million mortgage fraud and for operating an illegal gambling operation before he and his wife founded Par Funding in Philadelphia in 2011. They later moved their offices to Florida, where the SEC is suing them.

He is free on bail now, awaiting trial on federal firearms charges after his arrest last year when the FBI found guns in his Montgomery County home. Felons can’t possess guns.

The FBI, which said it also found $2.5 million in cash in the couple’s three homes, seized LaForte’s jet after the raid and still has it. Stumphauzer says that perhaps the jet can be sold, too. It is worth $8 million.

His wife, McElhone, 41, who operates the Lacquer Lounge nail salon in Old City, has told the court most recently in the SEC case that she is worth almost $700 million.

In the civil suit, the SEC says that Par Funding and several financial salesmen misled investors about the true nature of Par Funding, hiding from them its reckless lending and heavy rate of loan defaults and that LaForte used aliases and had a criminal record. No criminal charges have been brought in the matter.

The firm raised money by promising investors big returns and then lending it quickly to smaller merchants at punishingly high interest rates. Borrowers say they were bombarded with aggressive collection efforts including public shaming campaigns, sudden withdrawals from their personal and business accounts through collection lawsuits, and visits from muscled goons and a purported mob soldier bearing death threats if they didn’t pay.

While Par Funding has in court blamed the high default rates on the arrival of COVID-19, court records tell a different story: The firm filed nearly 1,500 collection suits in 2019, before the virus surfaced.

In some of the fiercest legal wrangling, Stumphauzer, Alfano, and the SEC have been fighting LaForte and McElhone over a 35-acre property in Texas valued by an appraiser at $26 million. They say that the couple, in court papers in November, assured the judge in the SEC case that they had not been selling real estate — without revealing that they had transferred the Fort Worth property two months before.

As for the artwork, the receiver is eyeing items that McElhone bought over two days in January 2020 at a gallery at the St. Regis Bal Harbour Resort in Bal Harbour, Fla., near Miami. The most expensive piece was Rape of Europa, a 1991 painting by artist Fernando Botero. The price was $739,000, and it appears to have been a good investment.

Botero is “a super well-known artist,” Edward J. Sullivan, a professor of fine arts at New York University, said Monday. “Much of his work is based on his life in his native Colombia. He also uses the flat colors of pop art, sometimes for humorous effects, sometimes for satirical effects.”

LaForte, his wife, and the other defendants say the receiver has overreached. In a court filing Friday, David Ferguson, a Florida lawyer for LaForte, asked U.S. District Judge Rodolfo Ruiz II, sitting in Miami, to limit sales. In a phone interview Monday, Ferguson denied that the judge was misled regarding the Texas sale.

“The defendants are defending themselves, and the court and receiver should not assume they cannot prevail,” Ferguson wrote Friday. “It would be contrary to the defendants’ due process rights to liquidate their personal assets as if there was a judgment against them when there is not.”

As for the Patek Philippe watches, made in Geneva, Ferguson said in a court pleading that they were lawfully purchased and from a bank account that was also used to make “tens of thousands of dollars in charitable contributions,” too.

LaForte apparently still has the watches, which he bought last summer from a New York dealer — one for $88,000 and the other for $66,500.

The order for them was placed on July 12. By the next day, LaForte’s younger brother, James, was pushing hard for their arrival. “I want these soon as possible today no later than 2:30,” he wrote in an email introduced as evidence in court.

James LaForte, 44, who has convictions for financial fraud, loan-sharking, arson, and gambling, used an alias in the email, the receiver said. The younger LaForte could not be reached for comment.

The receiver also accused the older LaForte of disguising the purchase of the watches by faking paperwork to suggest his family firms had given a loan to the watch seller for precisely the same amount as the cost of the watches. The seller denied borrowing any such loan, the receiver said.

“What are you talking about?” the receiver quoted the seller as asking. The seller could not be reached for this story.

The name of the seller’s representative on the loan papers was made up, the receiver added.

In a hearing last month, Alfano pointed out to Judge Ruiz that the watches were bought about a week before the court froze Par Funding’s spending — and not long after, Par Funding was telling investors that it would have to cut back their payments.