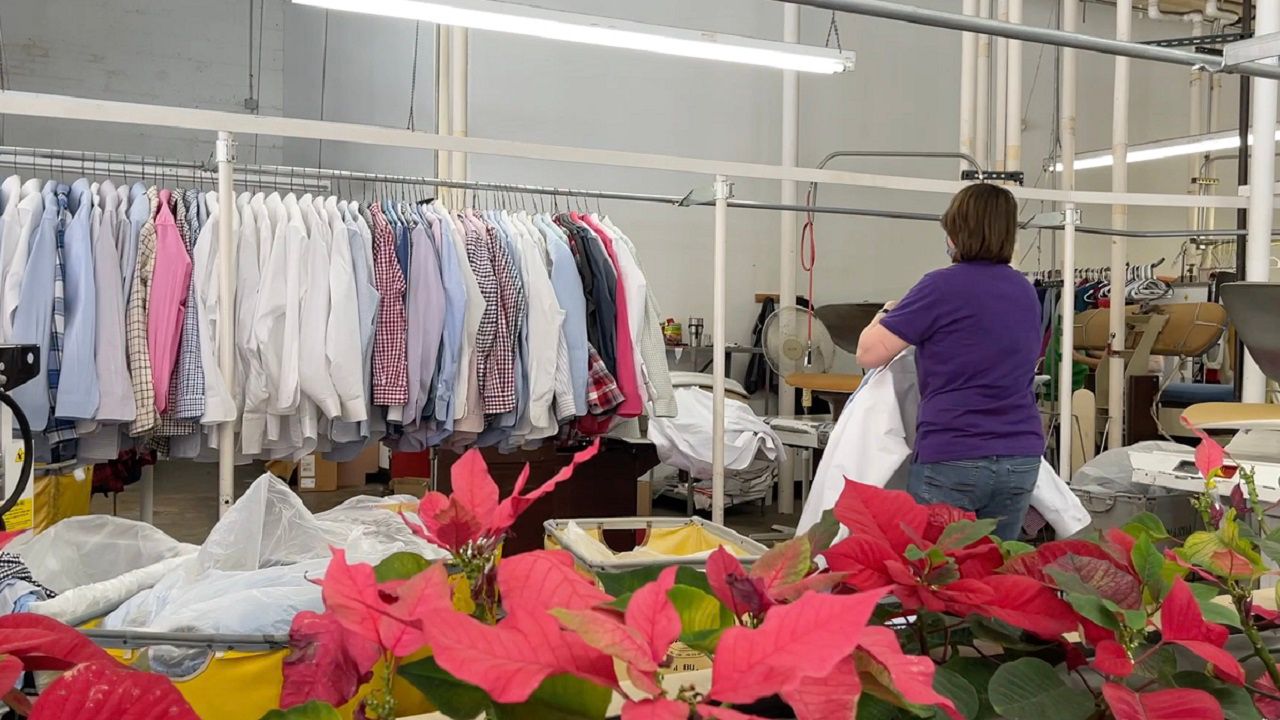 ASHEVILLE, N.C. — With more people working at home during the pandemic, dry cleaners have taken a major hit

Suits and dresses were swapped out for sweatpants and T-shirts for virtual meetings.

“It caught us completely by surprise,” says Marvin Thomas, owner of Swannanoa Cleaners in Asheville.

Thomas is a husband and a father. He’s been busy finalizing wedding plans for his daughter, who’s getting married next month.

On top of that, his duties at Swannanoa Cleaners has increased heavily.

Thomas bought the dry cleaning business about a year and a half ago. Back then, he was excited about his new business venture with no idea what was just around the corner — a pandemic.

“Just as I thought I was figuring things out,” Thomas says. “It turned my world upside down.”

He says as soon as April hit, no one was coming in, though his services were deemed essential.

Other businesses were closed and if they weren’t, employees were working from home.

More than a year later, a lot of people are still working from home, and some employers have that set in stone for the foreseeable future.

“Guess they wear their sweatpants and maybe a golf shirt to a Zoom meeting and they don’t need our services very much,” Thomas says. It pains him.

At their worst, Thomas says business was down almost 80%. He had to cut 40% of his staff and that’s been hard for him to accept.

“Some of the ones we had to let go have been with us for over 25 years,” Thomas says. “It pulls at my heartstrings.”

He knows it’s what he had to do, along with shutting down two locations in the Reynolds community and Arden. He had seven storefronts before the shutdown.

“We formerly had production going on in four facilities around town and when the decrease in volume hit us so badly, we moved all of our equipment into this location,” says Thomas of the location on Coxe Avenue.

His hope is to see people getting back into the office with vaccines rolling out, but the uncertainty makes it hard for him to manage.

While a lot of industries are rebounding, Thomas says dry cleaning has a long way to go.

Thomas does say spring is looking promising, as people start bringing in their drapes, bedding, and household items for some spring cleaning. Thomas hopes the upward trend continues.