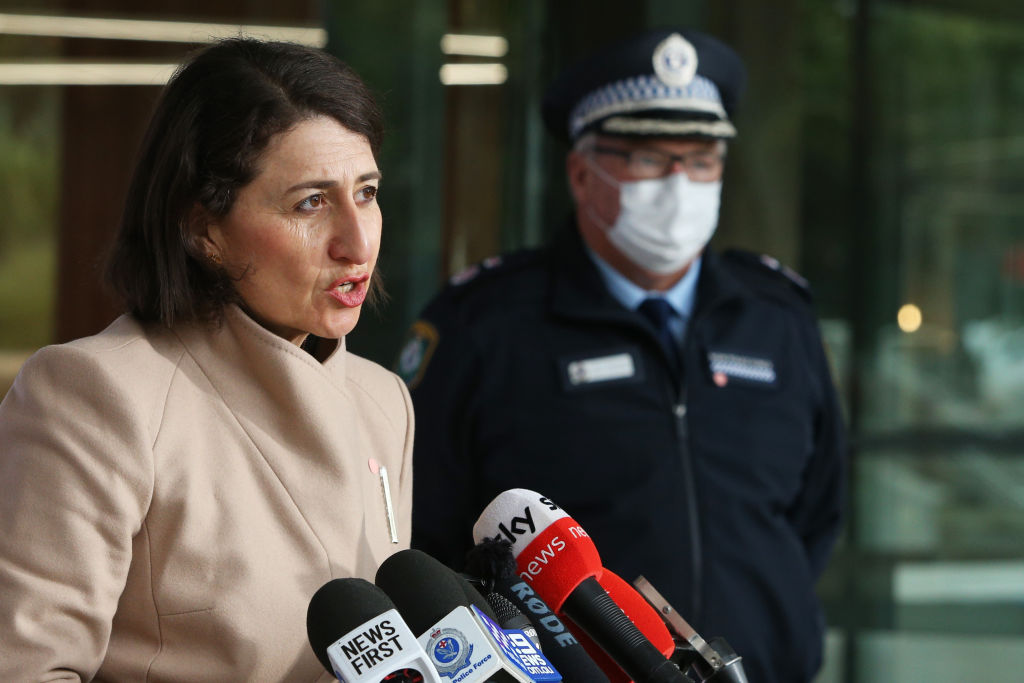 In response to the rapidly spreading Delta variant of COVID-19, much of Australia is once again in lockdown. The current outbreak was concentrated initially in Sydney and the mistakes made by New South Wales’s (NSW) Coalition government have refocused attention on the worst aspects of Australia’s COVID-19 response. As lockdowns spread to other states, it’s clear that the Coalition’s response to the pandemic has been a disaster for everyone except big business.

The capitalist class has exploited the crisis to drive down living standards and boost profits. Now, however, the gloss is coming off the Liberals, thanks to the poor handling of the latest outbreak by the NSW government and the mangling of Australia’s vaccine rollout by its federal counterpart. To seize on this and to rebuild an economy that delivers for the vast majority of people, the labor movement must fight for a pro-worker recovery plan.

Even by the eyebrow-raising standards of NSW’s notorious tradition of corruption, Gladys Berejiklian’s Coalition state government has been rocked nonstop by scandal. Early on in the pandemic, her government found itself at the center of the Ruby Princess fiasco.

The authorities allowed thousands of people — including 663 Australians with COVID-19 — to leave a cruise ship and reenter the community without quarantining or even receiving their test results. At least twenty-eight people died as a direct result. A government inquiry and police investigation has thus far resulted in a small slap on the wrist for NSW Health.

More recently, adding further insult to injury for Sydneysiders, wealthy senior students at an elite private school jumped the queue to receive Pfizer vaccinations. At the same time, because of insufficient supplies, people under forty are not yet eligible for vaccination.

Berejiklian’s corruption is by no means limited to the pandemic. For example, in October 2020, Berejiklian admitted to having been in a compromising, years-long relationship with disgraced former Coalition MP Daryl Maguire. Maguire is under investigation for using his position to broker and profit from dodgy property deals across the state, including one with racing heiress Louise Raedler Waterhouse.

So far in 2021, four MPs have left Berejiklian’s government over shock accusations of sexual violence, shredding documents relating to shadowy grants and other instances of corruption. It has compounded the Coalition’s ineptitude in the face of the most recent outbreak.

The near-constant reminders that NSW politics is mired in corruption haven’t really harmed Berejiklian at the polls. However, this may be changing in light of her botched response to the latest outbreak.

Berejiklian was reluctant to implement a hard lockdown and publicly declared that the NSW government takes its advice on any lockdown decisions from business as well as health experts. For this approach, right-wing commentators and business leaders heaped praise on her. In April, the Australian Financial Review nicknamed Berejiklian “the Woman Who Saved Australia.”

Now, even her admirers have noted that only now, “under enormous pressure [has] she been effectively forced by health advisors” to implement more serious measures. As with lockdowns in other states in 2020, critics have accused Berejiklian’s hard lockdown of scapegoating immigrant communities. Although the current outbreak started in affluent suburbs like Bondi Junction and Vaucluse, Berejiklian singled out working-class and migrant suburbs in Western Sydney, like Fairfield, Canterbury-Bankstown, and Liverpool, for reproach.

As mounted police patrols issued fines zealously in those areas, Berejiklian claimed that residents’ cultural values were a factor in hastening the spread of the virus. In the face of an immediate backlash, Berejiklian issued a hasty apology and met with community leaders.

The fallout from the latest lockdown might do more to hurt Berejiklian’s political prospects than all the corruption scandals put together.

Academics and unions have criticized the NSW lockdown for its mixed messaging. The government told workers to stay home to avoid spreading the virus while allowing countless nonessential businesses to remain open. Unable to refuse shifts, many casual workers have found it impossible to comply with the government’s directives.

There is a silver lining, however. The fallout from the latest lockdown might do more to hurt Berejiklian’s political prospects than all the corruption scandals put together. Keen to have their cake and eat it too, some former media sycophants have turned on Berejiklian, accusing her of having harmed the state’s economy by delaying a more draconian lockdown.

The federal government, meanwhile, has come to Berejiklian’s rescue. In a move that provoked justified grumbling from other states, the Morrison and Berejiklian governments announced a new emergency disaster payment scheme to help New South Wales residents deal with the lockdown.

In the new scheme, workers can claim between $375 and $600 a week, depending on how many hours of work they have lost. Business with a decline in turnover of at least 30 percent can claim between $1,500 and $10,000 a week, provided they maintain existing staffing levels. The Federal government will be responsible for the payments in Sydney, and the NSW government for the rest of the state.

The announcement has enraged Labor state governments, who have pointed out that the Federal government has been significantly more generous to Liberal-governed NSW than other states facing lockdowns. The Victorian government accused Scott Morrison — also from NSW — of favoritism toward his own state — claims that Morrison’s cabinet has denied.

It’s more than just petty favoritism, however. The growing furor around his government’s failed vaccine rollout likely forced Morrison’s hand. Last week, Berejiklian herself conceded that life will not return to normal until 80 percent of the population is fully vaccinated. With no prospect of achieving this soon, the federal government is struggling to convince the public that living standards will not deteriorate further as a result of continual snap lockdowns.

The Morrison government’s economic approach to the COVID-19 crisis has favored business. The JobKeeper schemes kept many people in work in 2020. By making payments to businesses rather than directly to workers, however, the scheme allowed many profitable companies to claim millions of dollars of handouts.

From the ARA’s point of view the expansion of precarious and insecure work during the pandemic has been a resounding success: precarious workers are less likely to join unions, bargain collectively, or demand improvements in wages and conditions.

The scheme also deliberately excluded universities as well as many millions of casual and migrant workers. Later changes to the scheme essentially forced employees to work for between $300 and $500 below the minimum wage.

The government’s Industrial Relations (IR) Omnibus bill, proposed in 2020, revealed Morrison’s plan to use the crisis to push through a pro-business, anti-worker agenda. In its original form, the bill would have allowed employers to unilaterally undermine minimum standards in every industry. While the most extreme proposals did not make it through the senate, the final product entrenched employers’ right to define any worker as a causal worker, regardless of the regular hours they work.

While welcoming the final IR Omnibus bill as a partial win, the Australian Retail Association (ARA)’s CEO Paul Zahra was hungry for more:

Opportunities for industrial relations reform are rare in Australia. Through COVID-19, we had the chance to deliver once-in-a-generation change to accelerate Australia’s economic recovery. Regrettably, that goal was missed. . . . Have we wasted the crisis? Only time will tell.

According to the progressive think-tank Centre for Future Work, during the pandemic insecure work expanded at the fastest rate in the nation’s history. From the ARA’s point of view — shared by the government — the expansion of precarious and insecure work during the pandemic has been a resounding success. Precarious workers are less likely to join unions, bargain collectively, or demand improvements in wages and conditions.

Peak big business bodies like the ARA have consistently opposed lockdowns and insisted retail workers risk their lives to ensure industry profits. During the new round of outbreaks, casual workers are once again being forced to go to work, in violation of lockdown rules.

Calls are growing for a pro-worker response to the crisis. Many, including the Australian Council of Trade Unions, are demanding the federal government restart the JobKeeper scheme. JobKeeper, at least, was roughly equivalent to the minimum wage. The new disaster payments are far below that floor.

Big business has demonstrated a willingness to ruthlessly use the crisis to advance their interests. To capitalize on the dysfunction of the Berejiklian and Morrison governments, the labor movement must be prepared to do the same.

There are many progressive proposals that could both help deal with the pandemic and boost workers’ living standards. They include reinvigorating sustainable manufacturing, moving to a sectoral bargaining system and non-discretionary lockdowns that force nonessential businesses to close with no loss of pay for workers.

The most crucial demand, however, is to put an end to casual and precarious work. Precarity is the battering ram that has driven down living standards across the board. Precarious work ensures that workers face all of the risks while reaping none of the rewards. Business is not ashamed to ask if they’ve wasted the crisis — workers shouldn’t be either.