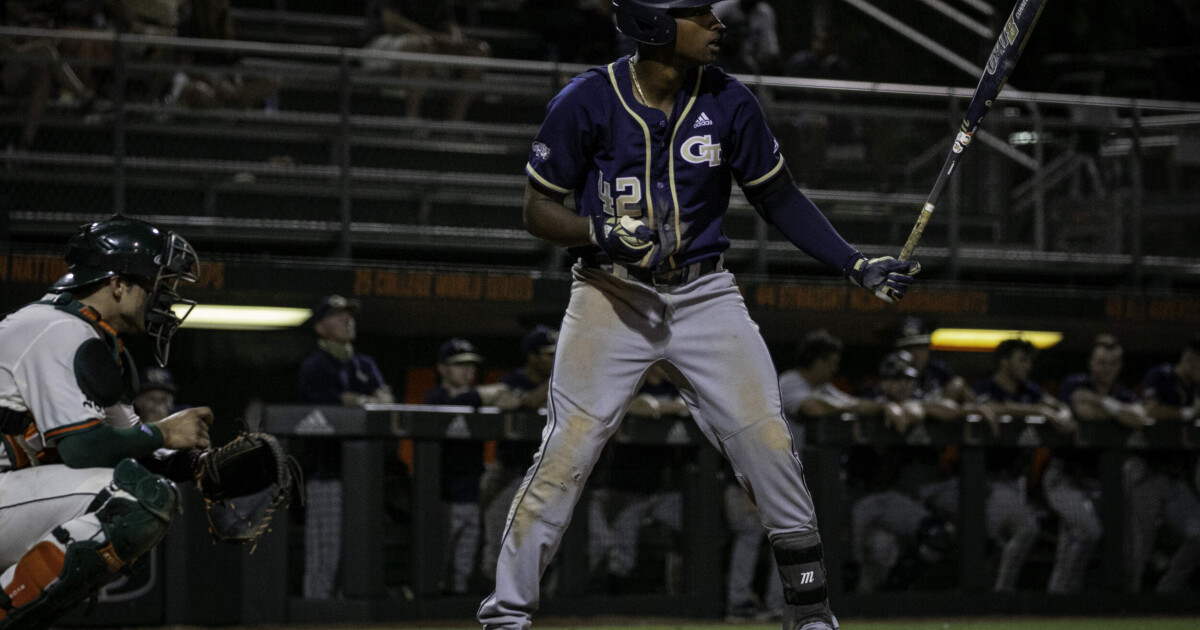 MIAMI – No. 25 Georgia Tech poured on 17 hits for 14 runs to stay red-hot, winning its fourth-straight game with a 14-3 victory over Miami on Friday night at Mark Light Field.

The Yellow Jackets (25-18, 19-12 ACC) allowed one run in the first, but then exploded in the third for eight runs – the first of 13 scored unanswered. Justyn-Henry Malloy led the way with two home runs and a double for six RBI on the night, while Tres Gonzalez smashed three hits (two doubles) for three RBI. Andrew Jenkins also finished a perfect 3-for-4, alongside multi-hit days from Luke Waddell and John Anderson.

The Hurricanes (27-16, 15-15 ACC) were led by Adrian Del Castillo’s 2-for-2 night at the plate, while RHP Alex McFarlane (2-1) received his first loss of the season after surrendering seven runs on eight hits in just 2.1 innings of work.

Georgia Tech and Miami continue the series on Saturday, May 15. First pitch is scheduled for 7 p.m. and will be broadcast on ACC Network Extra and WREK 91.1 FM.

HIT AND RUN!! Couldn’t draw it up better #KillerDubs pic.twitter.com/elepjoRKWM

WADDELL! Gets the 6-3 double play on the shift 😤 pic.twitter.com/gFH1H1EBr7