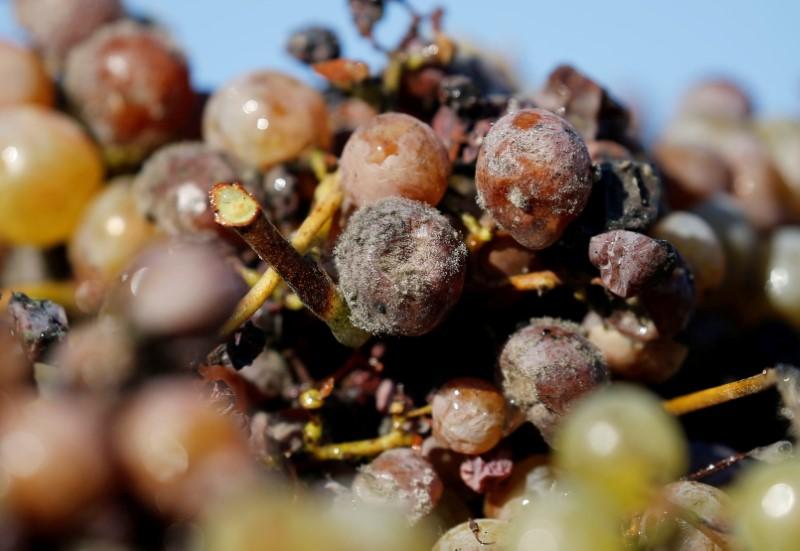 BRUSSELS (Reuters) – Belgian agri-tech company Biotalys announced on Tuesday plans to list on Euronext Brussels in the coming weeks, hoping to entice investors with its biological alternatives to chemical pesticides.

The company, founded in 2013, is a spin-off from the Flanders Institute for Biotechnology and the agricultural counterpart to Belgian biopharmaceutical firm Ablynx, which Sanofi bought in 2018 for 3.9 billion euros ($4.7 billion).

Both use llama antibodies, which are smaller and easier to manipulate than human equivalents. Biotalys extracts proteins for use against fungi, bacteria and insects that attack crops, especially high-value fruit like grapes and strawberries.

Biotalys expects to secure U.S. regulatory approval in mid-2022 for its first product, Evoca, and sees a 2024 launch in the European Union, which aims to cut chemical pesticide use by 50% by 2030.

Biotalys has seven potential products it intends to launch over the next decade and estimates the market could be worth $4.8 billion as countries shift to greener forms of farming.

“That’s why at Biotalys, we believe it’s the right time to come out of the woods and to be really public and demonstrate the impact we can have to fulfil this requirement for innovation,” Biotalys Chief Executive Patrice Selles said.

Selles declined to say how much money Biotalys planned to raise but said existing investors such as GIMV and Sofinnova Partners would participate in the flotation, proceeds of which would go towards research and business development.

The company sees future revenues from its own sales and future partnerships and, longer term, use of its technology in other fields, such as food preservation.

Selles said Biotalys’ products were as effective as chemical equivalents and superior to microbial solutions currently on the market because, as neutral proteins, they do not depend on particular environmental conditions to work.