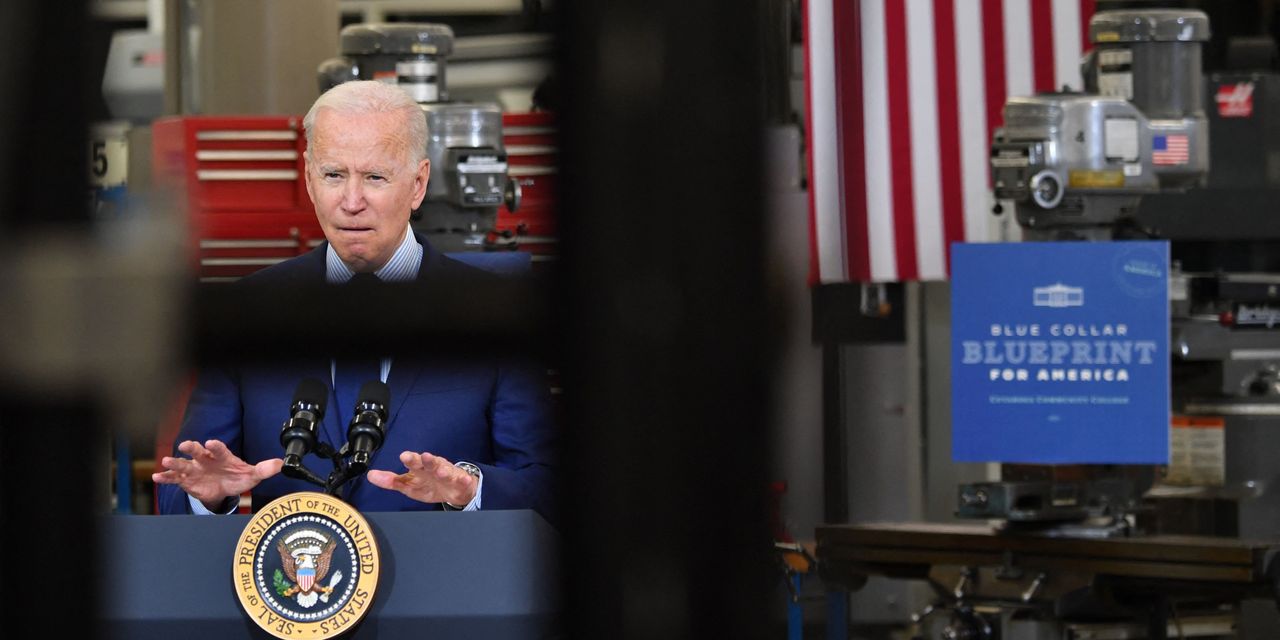 Unveiled Friday, the plan is part of President Biden’s $6 trillion budget proposal for fiscal 2022. In addition to increased spending on public infrastructure, health and education, the budget calls for the “modernization of antiquated and often unsecured IT” and a quicker shift to “secure, cost-effective commercial cloud solutions and shared services.”

It includes added funding for more than 4,500 IT projects at 25 agencies, among other areas. The proposed budget would add $500 million to the Technology Modernization Fund—in addition to $1 billion injected earlier this year as part of the administration’s economic stimulus package. The extra funds would go to “support agencies as they modernize, strengthen, and secure outdated information systems,” according to budget documents.

The Morning Download delivers daily insights and news on business technology from the CIO Journal team.

The administration would also earmark $9.8 billion to ramp up cybersecurity, as well as to fill skills gaps across the government’s IT and cybersecurity workforce, including new recruiting and training programs.

All told, the president’s budget request for federal IT would be a 2.4% increase over fiscal 2021 spending. The plan doesn’t include IT spending by the Department of Defense.

Separately, the full budget sets aside $13 billion to expand high-speed broadband, which for many proved a lifeline during Covid-19 lockdowns and the mass shift to remote work.

Lawmakers typically disregard the White House’s budget requests in favor of their own plans, though broad spending priorities can be similar.

Modernizing government IT has been an issue for decades, though progress has been slow. Some agencies continue to run systems on Cobol, a code developed in the 1950s. Budget shortfalls and a lack of skilled workers are often cited as key barriers to modernization efforts.

Daniel Castro, vice president of the Information Technology & Innovation Foundation, a Washington, D.C.-based technology and public-policy think tank, said the budget seeks to address public technology failures during the pandemic. That includes funding to improve state unemployment websites, which were flooded with claims during the crisis, causing some to crash.

“But to get larger change, Congress will need to allocate significantly more funding to modernize IT systems,” he said, adding that the highest priorities should be moving to the cloud and improving security.

“Technology and infrastructure is not a one-and-done problem, but a continual investment,” said Michael Kratsios, managing director at data-management startup Scale AI Inc. and former federal chief technology officer in the Trump administration.

Getting federal IT up to speed is a critical step in pursuing more advanced capabilities, such as artificial intelligence, to keep the U.S. ahead of China and other global tech rivals, he said. “Agencies can’t even begin to start thinking about higher-level AI applications without it,” Mr. Kratsios said.

Running older IT systems is also costly. According to Sen. Maggie Hassan (D., N.H.), chairwoman of the Senate Subcommittee on Emerging Threats and Spending Oversight, the costs of supporting legacy systems accounted for roughly a third of $90 billion in total IT spending last year by federal agencies.

At a Senate hearing in April, Ms. Hassan said the government’s aging IT systems caused glitches and security risks as federal operations shifted to remote work last year in the early months of the Covid-19 outbreak.

“Notwithstanding the billions of dollars spent annually, federal IT investments often suffer from a lack of disciplined and effective management,” Kevin Walsh, director of IT and cybersecurity at the Government Accountability Office, told the House Oversight and Reform Committee in April.

Mr. Walsh said despite heavy investments, many federal IT projects fail to deliver or incur cost overruns, often due to poor planning and weak oversight, among other shortcomings. He cited issues ranging from Internal Revenue Service computers freezing or taking excessive time to reboot, to canceled IT initiatives by the Coast Guard, Veterans Affairs and the Defense Department that cost hundreds of thousands of dollars.

Gartner Inc., an IT research and consulting firm, estimates that roughly half of all federal agencies will have modernized some critical core legacy applications by 2025, in large part driven by shifting a greater portion of software and infrastructure to more cost-effect cloud-computing services.