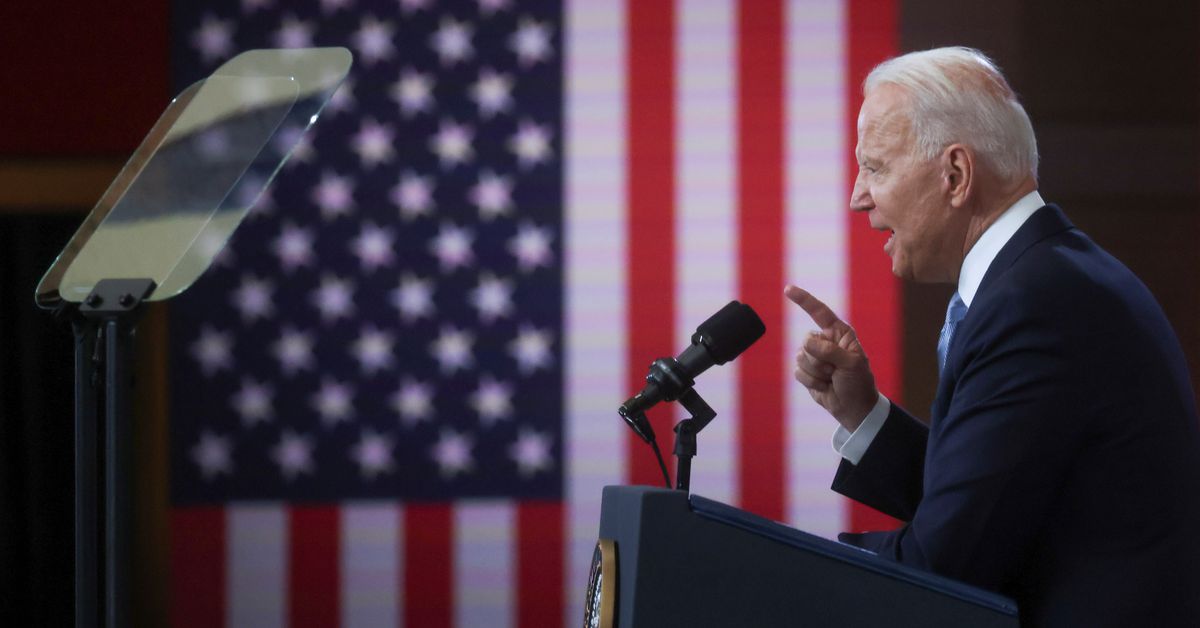 July 13 (Reuters) – President Joe Biden on Tuesday nominated Alan Estevez, a former Pentagon official, to be the U.S. Commerce Department’s undersecretary for industry and security, a key post in the U.S.-China tech battle.

The post in the Commerce Department’s once-obscure Bureau of Industry and Security (BIS) gained attention in recent years as Washington has escalated its use of export controls to keep China from obtaining U.S. technology.

During the Trump administration, the bureau restricted U.S. sales to China-based Huawei Technologies. This hobbled the world’s largest telecommunications equipment maker and gave BIS a prominent role in efforts to limit Chinese companies in telecommunications infrastructure on national security concerns.

Estevez, now an executive with Deloitte Consulting, had a 36-year-career with the Department of Defense. During the Obama administration, he represented the department on the Committee on Foreign Investment in the United States (CFIUS), which reviews investments for national security.

“He’s a very solid guy,” said Eric Hirschhorn, who served as the Obama administration’s undersecretary for industry and security.

Estevez, who did not respond to requests for comment, does not have an extensive public record on China export issues. This may help him win confirmation in the U.S. Senate where China hawks have been quick to attack other Biden nominees.

His Defense Department career included serving as principal deputy undersecretary of defense for acquisition, technology and logistics, according to his Deloitte biography, and he was involved in supporting operations in Iraq and Afghanistan, as well as Hurricane Sandy relief.

“Alan Estevez is a distinguished public servant with decades of experience in national security,” an administration official, who did not want to be identified, said in a statement.

“Under his leadership, BIS will continue to bolster our export control and investment screening efforts to protect our national security and ensure America can compete and win in the 21st century,” the official said.

In 2019, Huawei was placed on the Commerce Department’s “entity list,” the trade blacklist overseen by BIS. Dozens of other Chinese companies, including video surveillance manufacturers Hikvision (002415.SZ) and Dahua Technology (002236.SZ), were also added under Trump.

In recent weeks, the Biden administration added more Chinese companies to the blacklist over alleged human rights abuses and high-tech surveillance in Xinjiang.

U.S. suppliers are banned from selling to companies on the list without licenses, which are difficult to obtain.

Kevin Wolf, who served as an assistant secretary of Commerce during the Obama administration and spearheaded the 2016 blacklisting of Huawei’s smaller Chinese rival, ZTE Corp, was viewed by many as the best qualified candidate for the undersecretary post.

But Wolf drew criticism from China hawks this year because, after leaving government, he joined a law firm where he has counseled U.S. semiconductor and other high tech-companies on getting licenses to export to Chinese companies such as Huawei.

“The White House should be embarrassed for not going with Kevin Wolf,” said William Reinsch, another former undersecretary of Commerce. “This guy is fine, but everyone knows Kevin’s the best guy for the job.”