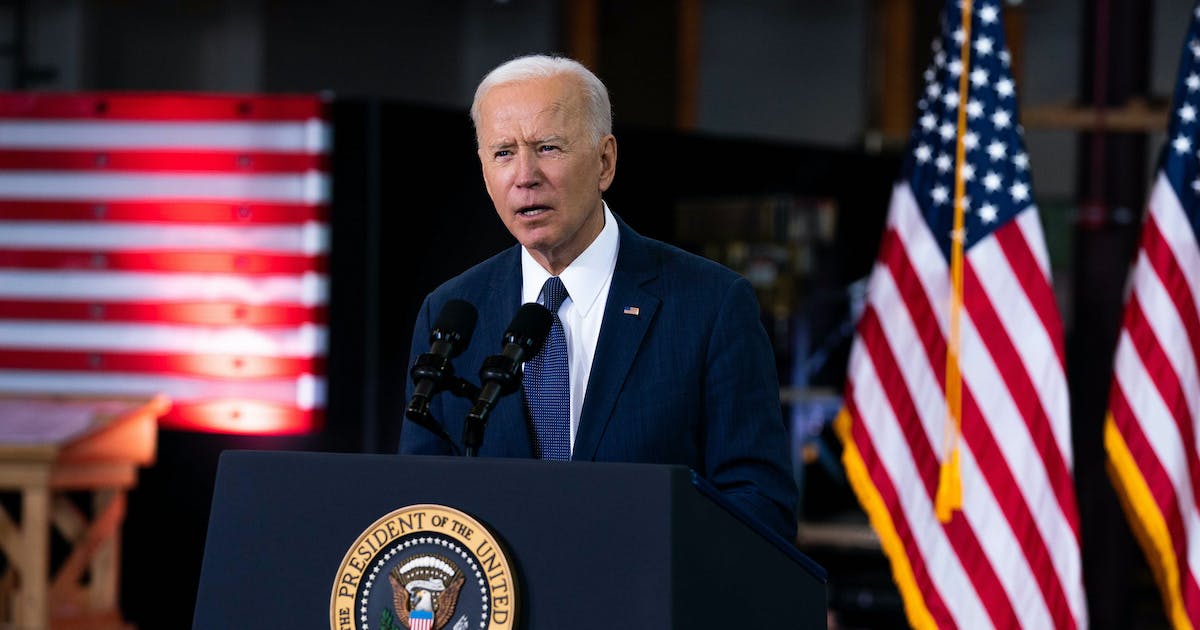 Washington – Corporate tax cuts have been kind to Minnesota’s biggest companies. In fact, many of the state’s multi­billion-dollar, multinational corporations had lower effective tax rates in 2020 than an American making $40,126 in taxable income.

So pushback against President Joe Biden’s plan to raise the corporate tax rate to 28% from 21% to pay for improvements to public roads, bridges, utilities and schools seems natural. It also marks an end to a honeymoon for Biden and business.

“On one hand, [executives] support the goal of improved infrastructure,” said Charlie Weaver, who directs the Minnesota Business Partnership, a group of the state’s most powerful CEOs. “But using the corporate tax code as a vehicle to do it is shortsighted and would cost U.S. jobs at a moment when we need them.”

All of Minnesota’s top publicly traded companies enjoyed a lower tax rate on their income in 2020 than they did in 2017, when Congress and former President Donald Trump cut their tax rate from 35% to 21% on domestic revenue. By using additional tax breaks, most of the major businesses actually paid less than the 21% rate in 2020.

The dilemma for policymakers, politicians and private business people is finding viable options to pay for updates to the country’s long-neglected transportation, education and utility systems, not to mention technological updates, such as better rural internet service.

Corporations suggest user taxes to pay for infrastructure improvements. Alternatives include a carbon tax; a tax on diesel fuel; taxing capital gains over $1 million as regular income; undoing cuts in estate tax rates; and reinstating the top tax bracket for individuals making $523,601 and up or joint filers making more than $628,301.

These and other funding options would cost someone besides the business community. But they also point to hard choices and a hard truth: Without a major revenue source, the country will have to borrow the money to fix things. That would add significantly to a fast-growing national debt already swollen by Trump’s 2017 corporate tax cuts and the past year’s pandemic relief efforts.

Medtronic, which reported a negative tax rate of minus 18.5% in 2020, said corporate tax rates should be looked at “holistically.”

“As a result of our growth, Medtronic’s taxes in the United States over the past three years were more than $3.2 billion, which is 50% higher than in the prior three years,” said spokesman Ben Petok.

Polaris’ lower income tax rate for 2020 was “primarily due to the lower pretax income … combined with the incremental benefit from the passing of the statute of limitations on certain tax positions,” spokeswoman Jessica Rogers said.

With some of their members seeing their tax advantages on the line, powerful national business groups, including the Business Roundtable, are leading a charge against Biden’s corporate tax increase plan.

The group committed $50 million to an advertising campaign to encourage COVID-19 vaccination. It supported immigration reform, police reform, gender equity and addressing climate change. The Roundtable endorsed the American Rescue Plan even though the COVID-19 relief package was bigger than the group wanted. It also called for infrastructure improvements.

But a line has been drawn with the proposed corporate tax hike.

On March 15, Roundtable CEO Joshua Bolten warned that the group “will be actively opposing efforts to raise corporate taxes.”

Since then, the offensive has extended to all kinds of business groups, from the U.S. Chamber of Commerce to statewide groups such as the Minnesota Business Partnership. They argue that Biden’s plan will leave the United States at a competitive disadvantage, with the highest corporate tax rate among developed nations.

The 21% rate is slightly above average for developed countries. “The cost of doing this is really counterproductive,” the Minnesota Business Partnership’s Weaver said.

Some Republicans in Congress, including Rep. Tom Emmer of Minnesota, say the corporate tax hike is a “nonstarter.”

“Due to years of neglect and underinvestment, America’s infrastructure has fallen behind — leading to crumbling roads and bridges, outdated water systems, a vulnerable electric grid and inconsistent access to affordable, high-speed broadband internet,” said Democratic Rep. Angie Craig, a former Minnesota corporate executive. “I am supportive of efforts to make sure that corporations and the wealthiest among us are paying their fair share.”

Economists and tax experts don’t dispute that a 28% corporate rate would be the developed world’s highest. What they disagree on is the degree to which it would hinder the U.S. recovery from the COVID-driven downturn.

The pandemic distorted how much job growth the 2017 tax reform generated. The Tax Foundation, a conservative think tank, estimates that the new tax law will create more than 1.44 million full-time-equivalent jobs by 2025.

At the University of Minnesota’s Carlson School of Management, tax specialist Murray Frank thinks the country can’t afford to borrow to pay for Biden’s infrastructure plan.

But he also believes raising corporate taxes will hurt U.S. companies’ growth and force them to return to tax avoidance strategies that once had U.S. corporations, such as Medtronic, moving headquarters out of the country to places with lower tax rates.

“I think they need to scale way, way, way back,” Frank said of Biden’s infrastructure plan.

Trump’s corporate tax cut did not generate the expected business investment and, in fact, initially reduced it, according to research by Filippo Occhino, a research economist with the Federal Reserve Bank of Cleveland.

Biden’s infrastructure plan has tax incentives for keeping U.S. corporations headquartered here, Matheson said. There also is talk of setting a voluntary minimum corporate tax rate among the world’s developed countries through the Organization for Economic Cooperation and Development. However, such extraordinary cooperation would be difficult to achieve.

Whatever happens to the U.S. corporate tax rate, building and repairing roads, bridges, airports and schools at the mammoth scale Biden envisions, while expanding other forms of infrastructure would mean a lot of jobs. That new economic activity could overcome any loss of corporate investment, said Jonathan Choi, a former corporate tax attorney now teaching at the University of Minnesota Law School.

“Because the Biden administration’s plan is to use increased corporate taxes to fund infrastructure investments,” Choi said, “the economy’s overall level of investment might rise, even if corporate investment falls as a result of the tax rate.”