Big Tech dodged one tax bullet, but another one is coming – Marketplace 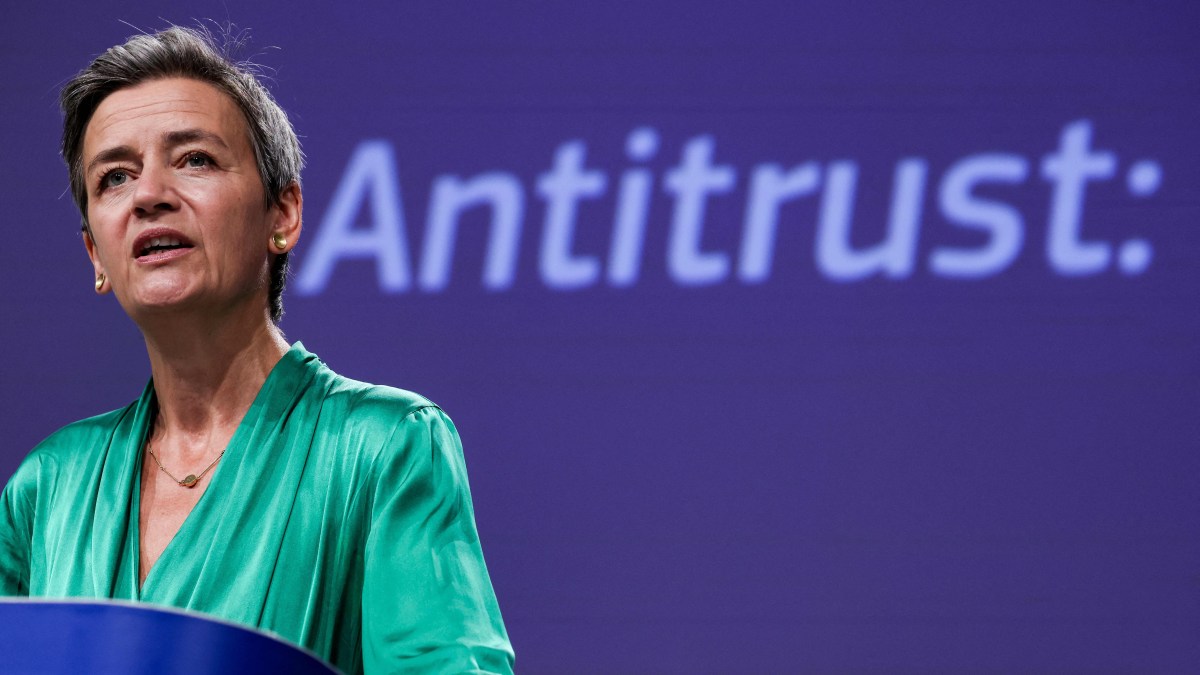 European Union leaders said Monday they will delay, for now, plans for a digital tax that would require Big Tech companies like Facebook and Google to pay taxes anywhere they do business. That’s because, this weekend, leaders from the world’s 20 biggest economies agreed to try to create a global minimum tax.

Margrethe Vestager is the executive vice president of the European Commission, overseeing competition and digital policy. She says the digital tax isn’t off the table, but tech will have to pay either way. The following is an edited transcript of our conversation.

Margrethe Vestager: [The global minimum tax] will be big. It will be the biggest step in decades to show the many, many businesses who pay their taxes that there is some tax justice. It will both mean that for the one hundred biggest companies on this planet, taxing rights will be distributed, so that value can be taxed where it’s being created. And second, to put a floor under corporate taxation, so it’s effectively at least 15%.

Vestager: Well, one of your presidents once said that two things are given, death and taxes. And to that, I would add tax avoidance. Even if we get the perfect implementation of this possible deal, I still think there will still be a job to do to look for those who spend energy, creativity, lawyers’ fees to escape paying their taxes.

Wood: How much pressure are you facing from member states, like Ireland, to maybe not have this kind of agreement?

Vestager: Well, of course, there is some. One hundred thirty-seven countries have signed up, so, of course, we will have to do our homework and figure out how to make sure that also the rest are signing up.

Wood: Right. There’s been an ongoing conversation about what the world of technology might start to look like if the U.S. has certain regulations, China has others, Europe has still others. Do you think that we could end up in a future where companies choose which markets they want to be in, or is consensus your ultimate goal?

Tech use and the fundamentals of democracy

Vestager: Well, I think that very much depends on what kind of company you want to be. I think it’s really crunch time, because our ambition is to align with democracies, all over this planet, to make sure that the fundamentals of the use of technology are also the fundamentals of democracy. The integrity, the dignity of the individual, that is the starting point for every democracy. That must also be the starting point for the use of technology. This is why I’m really happy that we have created what we call a Trade and Technology Council with our U.S. partners in order to have a really high-level forum to discuss this, and also to get quite technical so that it is in democracies that we set the technical standards as to how it should work in order to make sure that this sort of geopolitical rivalry on which system can deliver, that we can show that democracies can and will deliver.

Wood: Well, speaking of U.S. partners, you may have a new partner who is much more interested in hanging out, so to speak. Tell us how closely you’re watching the antitrust bills before the U.S. Congress, and, of course, the appointment of Lina Khan as chair of the Federal Trade Commission.

Vestager: I think this is really encouraging. Of course, I’ve been following Lina Khan’s work, but also to see that from a bipartisan perspective, legislation is being tabled, some of that even more far reaching than what we are trying to do in Europe, I find it really encouraging. Because it shows that we are a community of enforcers, of politicians trying to get it right, not only to get up to speed with technology, but also to get ahead of the curve, so that we have a fair chance to frame how our societies should develop. And within that framework, of course, enable as much innovation as possible.

I’m really enthusiastic as to what can be achieved with technology, and also to work on what used to be soft, but which for me, is a really hardcore priority: that every one of us would have the necessary skills to know what we’re dealing with, and that many more people, including many more women, have expert digital skills in order to be part of the community that shapes the services that we’re using now and that we will be using even more in the future.

Wood: Do the motivations matter? In the U.S., certainly there’s bipartisan support to the idea of cracking down on Big Tech, but the methods and the reasons are not the same. How important do you think it is to sort of circle in on a coherent reason for wanting regulation?

Vestager: We just have a saying that your motives, they are there for the good Lord above us. The results, they are for your neighbor next door. So you may come into this with different motives, but I think the important thing here is the results that we can achieve. So, I don’t mind so much that there are different approaches as long as we can agree on what it is that we want because a contestable, open marketplace, a democracy with free speech — these are core concepts of what has given us democracy and prosperity for many, many decades.

First, respectfully, a quick correction. It was actually Benjamin Franklin who famously said that quote: “In this world, nothing can be said to be certain except death and taxes.” And Ben Franklin, while sitting there on the hundred dollar bill, wasn’t ever president.

Now, one interesting point about the quote is that Franklin said it after the establishment of the U.S. Constitution, and he was basically saying, “We think this is permanent, but we know the truth — which is that nothing ever is.” Kind of a worthwhile note as we contemplate the power of regulations, our own Constitution and, you know, democracy.

Anyway, there’s more reading over at Bloomberg on the status of the EU’s digital taxation plan. At an event Monday with The Washington Post, Vestager said the digital taxation plan most definitely is not dead and would be separate from the global minimum tax plan the G20 countries are working on.

Although, I gotta say, if these companies end up having to pay a global minimum tax and a digital tax based on their businesses in countries where they don’t have physical offices, job openings for tax lawyers are definitely going to be popping.

We’ll have more with Commissioner Vestager on Wednesday and Thursday, talking about how the EU views disinformation as well as the new framework for antitrust regulation that the EU has come up with — this idea of gatekeepers. The idea that a company might have too much power if it controls consumer access to other companies’ stores, apps, information. That kind of thing.