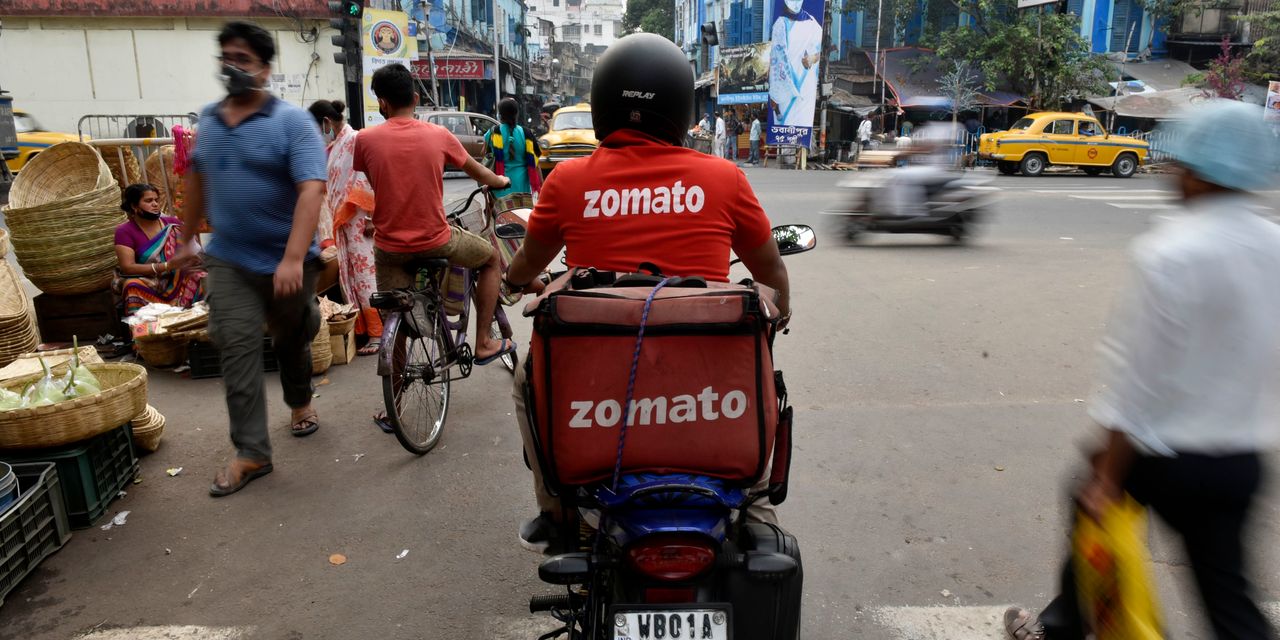 The internet is about to shake up India’s stock market.

A number of Indian internet companies will likely come to the market this or next year. Zomato, the country’s answer to DoorDash, has filed to raise $1.1 billion. Walmart-owned e-commerce leader Flipkart, fintech giant Paytm and online learning platform Byju’s are also in various stages of considering initial public offerings, according to local media reports.

That could reshape the Indian market, which has very few internet companies. While big tech firms are among the largest listed companies in China and the U.S., energy, financials and IT outsourcers currently dominate the Indian market. Reliance Industries —India’s biggest listed company, controlled by the country’s richest man—is pivoting away from oil and gas and last year secured investments from Facebook and Google for its tech unit, Jio Platforms.

Some of the private tech businesses could be among India’s biggest companies. Flipkart raised $1.2 billion from a Walmart-led investor group at a $25 billion valuation last year. Paytm’s parent was valued at $16 billion in 2019 when it raised money from investors including Softbank and Ant Group.

While the pandemic has hit India hard, its stock market has surged. The MSCI India index hit record highs this week and is now up 14% for the year to date. A buoyant market will help these unicorns get the valuations they are looking for in their IPOs.

The pandemic has helped online platforms add new customers in India, as it has everywhere. Indian internet companies have managed to reduce annual customer acquisition costs by 20% to 30%, according to Bernstein. That sets the stage for better financial metrics ahead of their IPOs.

Investors who have poured money into Indian tech companies in the past few years will be able to cash out. Excluding infrastructure and real estate, venture-capital and private-equity funds invested $93 billion in India from 2018 through 2020, according to a report by Ernst & Young in March. Technology and e-commerce were among the most popular sectors. That doesn’t include the more than $10 billion plowed into Reliance’s online platforms.

The first word on what Wall Street is talking about.

With 1.35 billion people and an internet industry in its infancy, investors might be hoping for India to become the next China. E-commerce penetration was only 3.6% in 2018, according to Bernstein.

There are plenty of challenges in India, too. Poor infrastructure could hold back growth in e-commerce. The country’s sometimes opaque business environment has long posed challenges to overseas companies and investors, and the recent rise of nationalism and protectionism globally could make the problem worse. Bad debts weighed on the country’s financial system even before the pandemic, which could drag down the country’s growth.

The arrival of a more fashionable breed of companies on the Indian stock market will excite investors, but they should still prepare for bumps in the road.

Appeared in the June 11, 2021, print edition as ‘Technology Sector Is Going Public in India.’