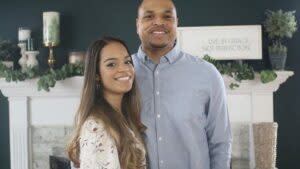 A Black business owner is picking up the pieces one year after a fake Facebook rumor attempted to end his business for good.

TC Cuthbertson was the victim of a defamatory claim against him and his business on Facebook last June, The Bucks County Courier Times reports. The heightened racial tension and criticism against police officers didn’t make things better. But it took a lawyer and a journalist to clear things up and help the entrepreneur save his business.

It all started after one person misunderstood Cuthbertson’s encounter with local police officers hanging out in front of his business, The Falls Banquet by EventRoostr. The cops were leisurely eating and talking, but it appeared alarming because it was so many of them. After asking the officers to give him a head’s up next time so many of them would be showing up, they amicably parted ways.

But an eyewitness watching from a distance went on a community Facebook page and called for Cuthbertson’s banquet hall to be boycotted because the Black business owner was anti-police. While the allegation was completely false, the Black Lives Matter movement following the murder of George Floyd left many believing the made-up rumor.

As a result, Cuthbertson was at risk of his business failing and being destroyed by angry locals, with one enraged pro-cop advocate even threatening to set the business ablaze.

“Let’s go burn it down. Cops won’t show,” one person said in a comment.

“Learning that my business was being smeared on a community (Facebook) page, and the rate at which it was spreading, was devastating, being in the hospitality business,” he recalled. “I know how much a negative reputation can destroy a business and the fact that the rumor was completely false made it even worse.”

A lawyer reached out to a journalist and fellow high school alum in hopes of helping Cuthbertson debunk the false claims. The Falls Police Department posted a disclaimer confirming that there was no hostility between the department and the banquet hall.

The journalist and fellow alum from Bishop Egan High School posted the column and a video podcast to bring more awareness about the truth behind Cuthbertson’s exchange with the police.

“Without that story correcting the record, I don’t know what our reputation would be in the community,” Cuthbertson said.

Once the community caught wind of the column, they blasted the woman who initially posted the lie on Facebook.

“The post came down immediately. We had customers come in and they said, ‘Hey, I read about you in the newspaper, really sad that type of thing had to happen to you. Let us know if you need any help.’ Things like that,” Cuthbertson said.

TC is living proof that you can be vindicated after being falsely canceled online.