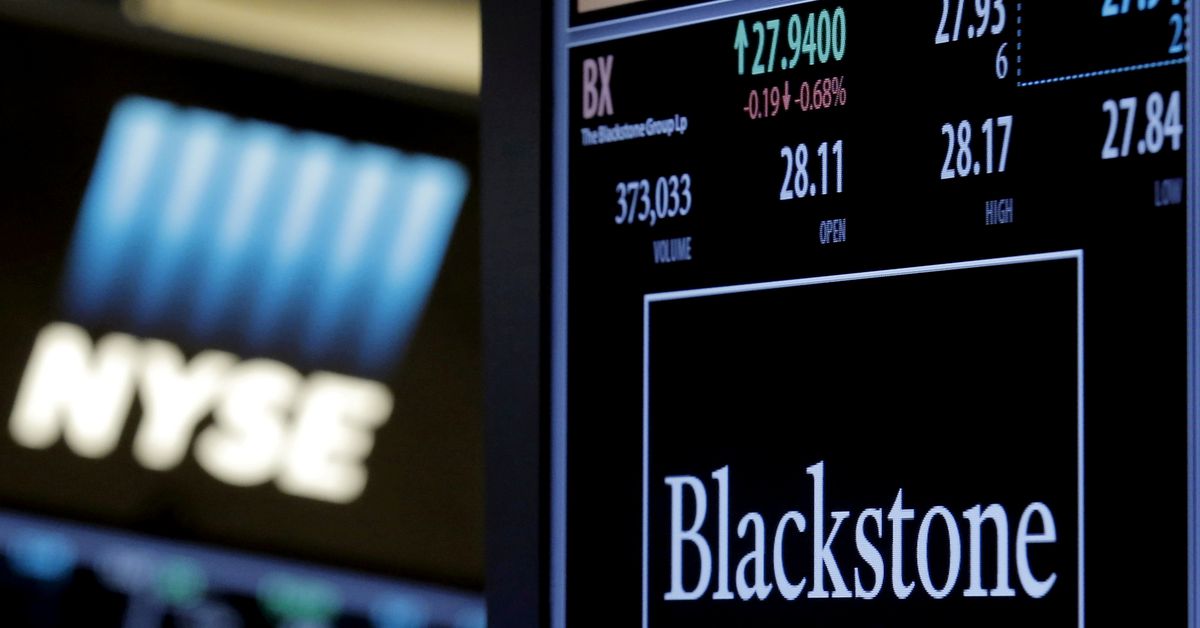 The ticker and trading information for Blackstone Group is displayed at the post where it is traded on the floor of the New York Stock Exchange (NYSE) April 4, 2016. REUTERS/Brendan McDermid/File Photo

BOSTON, Sept 9 (Reuters) – Blackstone Inc (BX.N) said it hired two Wall Street veterans as partners and promoted another executive to work in its Blackstone Credit unit as fresh demand from institutional and retail investors made it the private equity firm’s fastest-growing segment.

Whitaker will become president of the Blackstone Private Credit Fund (BCRED) and the Blackstone Secured Lending Fund (BXSL), both part of the firm’s global direct lending platform. At Credit Suisse he had been head of New York and co-head of EMEA Advisory Sales.

Blackstone Credit, run by Dwight Scott, oversees $163 billion in assets, and launched BCRED earlier this year to tap in to growing demand from retail investors for strategies including direct lending to securities backed by corporate loans. The portfolio had swelled to $14 billion by the end of July. The firm is taking in an average $4 billion in new cash a month for BCRED and its sister real estate portfolio for retail investors, BREIT, Blackstone said last month.

Overall, Blackstone oversees some $684 billion in assets including its credit, real-estate and hedge fund businesses.

Sullivan will join as head of sponsor coverage at Blackstone Credit after having been global head of financial sponsors at Barclays.

Rubenstein will return to work at Blackstone Credit and be chief operating officer for BCRED and the BXSL.

Reporting by Svea Herbst-Bayliss in Boston
Editing by Matthew Lewis