Breaking up Big Tech would be a mistake – TechCrunch 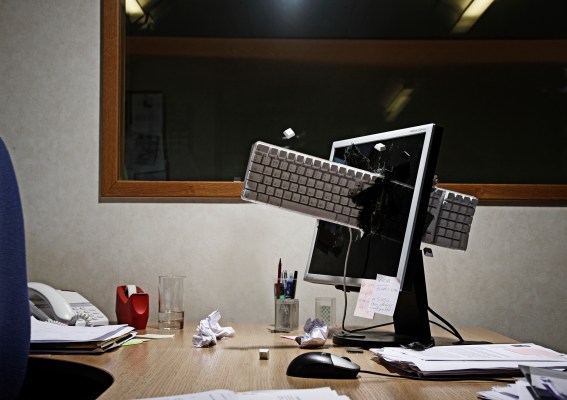 T. Alexander Puutio is an adjunct professor at NYU Stern and he dedicates his research at University of Turku to the interplay between AI, tech, international trade and development. All views expressed are his own.

More posts by this contributor

It seems safe to say that our honeymoon with Big Tech is officially over.

After years of questionable data-handling procedures, arbitrary content management policies and outright anti-competitive practices, it is only fair that we take a moment to rethink our relationship with the industry.

Sadly, most of the ideas that have gathered mainstream attention — such as the calls to break up Big Tech — have been knee-jerk responses that smack more of retributionist fantasies than sound economic thinking.

Instead of chasing sensationalist nonstarters and zero-sum solutions, we should be focused on ensuring that Big Tech grows better as it grows bigger by establishing a level playing field for startups’ and competitors’ proprietary digital markets.

Most of the ideas that have gathered mainstream attention have been knee-jerk responses that smack more of retributionist fantasies than sound economic thinking.

We can find inspiration on how to do just that by taking a look at how 20th-century lawmakers reined in the railroad monopolies, which similarly turned from darlings of industry to destructive forces of stagnation.

We’ve been here before

More than a century ago, a familiar story of a nation coming to terms with the unanticipated effects of technological disruption was unfolding across a rapidly industrializing United States.

While the first full-scale steam locomotive debuted in 1804, it took until 1868 for more powerful and cargo-friendly American-style locomotives to be introduced.

The more efficient and cargo-friendly locomotives caught on like wildfire, and soon steel and iron pierced through mountains and leaped over gushing rivers to connect Americans from coast to coast.

Soon, railroad mileage tripled and a whopping 77% of all intercity traffic and 98% of passenger business would be running on rails, ushering in an era of cost-efficient transcontinental travel that would recast the economic fortunes of the entire country.

As is often the case with disruptive technologies, early success would come with a heavy human cost.

From the very beginning, abuse and exploitation ran rampant in the railroad industry, with up to 3% of the labor force suffering injuries or dying during the course of an average year.

Railroad trust owners soon became key constituents of the widely maligned group of businessmen colloquially known as robber barons, whose corporations devoured everything in their path and made life difficult for competitors and new entrants in particular.

The railroad proprietors achieved this by maintaining carefully constructed walled gardens, allowing them to run competitors into the ground by means of extortion, exclusion and everything in between.

While these methods proved wildly successful for railroad owners, the rest of society languished under stifled competition and an utter lack of concern for consumers’ interests.

Everything old is new again

Learning from past experiences certainly doesn’t seem to be humankind’s strong suit.

In fact, most of our concerns with the tech industry are mirror images of the objections 20th-century Americans had against the railroad trusts.

Similar to the robber barons, Alphabet, Amazon, Apple, Facebook, Twitter, et al., have come to dominate the major thoroughfares of trade in a fashion that leaves little space for competitors and startups.

Over the past several years, tech giants have also taken to cannibalizing third-party solutions by providing private-label versions — à la AmazonBasics — to the point where Big Tech’s clients are finding themselves undercut and outplayed by the platform-holders themselves.

Given the above, it is not surprising that the pace at which tech startups are created in the U.S. has been declining for years.

In fact, VC veterans such as Albert Wenger have called attention to the “kill zone” around Big Tech, and if we are to reinvigorate the competitive fringe around our large tech conglomerates, something has to be done fast.

Why we need to stop talking about breaking up Big Tech

For first steps, Congress created the Interstate Commerce Commission (ICC) in 1887 and tasked it with administering reasonable and just rates for access to proprietary railroad networks.

Due to partisan politicking, the ICC proved relatively toothless, however. It wasn’t until Congress passed the 1906 Hepburn Act, which separated the function of transportation from the ownership of the goods being shipped, that we started seeing true progress.

By disallowing self-dealing and double-dipping in proprietary platforms, Congress succeeded in opening up access on equal terms both to existing competitors and startups alike, making a once-unnavigable thicket of exploitative practices into the metallic backbone of American prosperity that we know today.

This could never have been achieved by simply breaking the railroad trusts into smaller pieces.

In fact, when it comes to platforms and networks, bigger often is better for everyone involved thanks to network effects and several other factors that conspire against smaller platforms.

Most importantly, when access and interoperability rules are done right, bigger platforms can sustain wider and wider constellations of startups and third parties, helping us grow our economic pie instead of shrinking it.

In our post-pandemic economy, our attention should be in helping tech platforms grow better as they grow bigger instead of cutting them down to size.

Ensuring that startups and competitors can access these platforms on equitable terms and at fair prices is a necessary first step.

There are numerous other tangible actions policymakers can take today. For example, rewriting the rules on data portability, pushing for wider standardization and interoperability across platforms, and reintroducing net neutrality would go a long way in addressing what ails the industry today.

With President Joe Biden’s recent nod toward “Amazon’s Antitrust Antagonist” Lina Khan as the next commissioner of the Federal Trade Commission, these changes suddenly seem more likely than ever.

In the end, all of us would stand to benefit from a robust fringe of startups and competitors that thrive on the shoulders of giants and the platforms they have made.