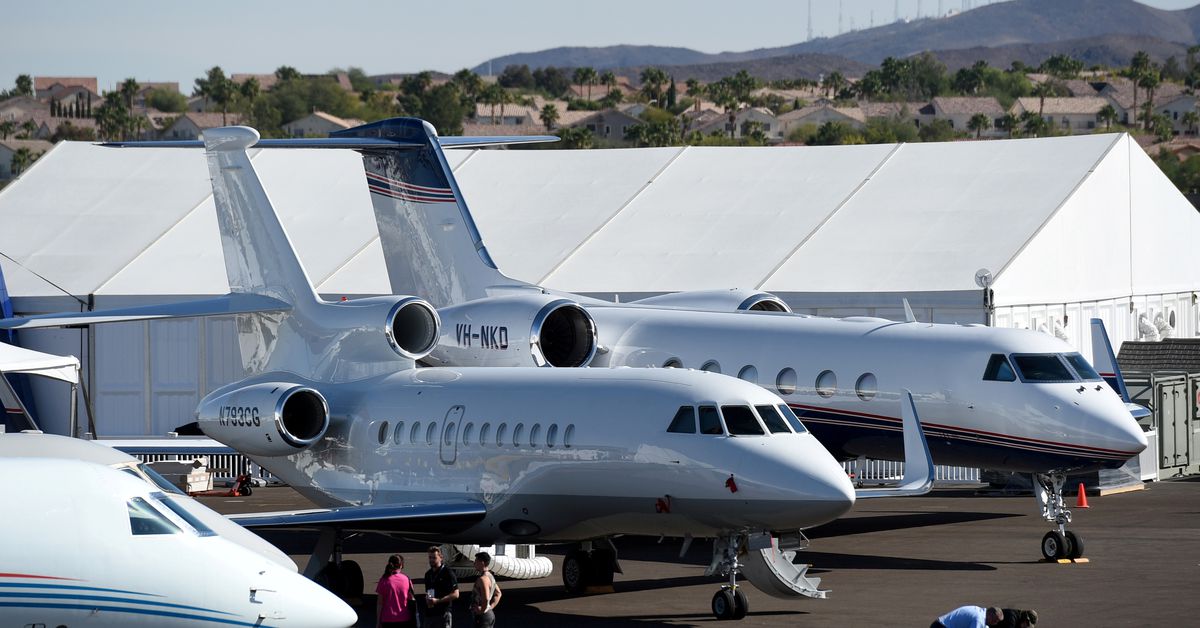 Business aviation has joined airlines and airports in strengthening its plans to tackle climate change. Earlier, the industry had pledged to halve emissions from 2005 levels by 2050.

Aviation accounts for roughly 3% of global CO2 emissions, and a surge in private travel is putting the business aviation industry under greater pressure to cut emissions.

Aviation brokers and other industry executives at the show told Reuters that buyers are looking for more efficient models and asking about offsetting, but none are putting off purchases of corporate aircraft or private travel due to the environment.

While business aviation emits a fraction of pollution compared with commercial, private travel has come under widening scrutiny because it generates more emissions per passenger than scheduled airline traffic.

A week ago, a group representing global airlines set the same target at its annual general meeting in Boston. read more

Planemakers are adding more recycled material on planes, seeking ways to lighten aircraft to burn less fuel and working on a new generation of electric aircraft.

But like airlines, corporate aircraft executives agree the quickest way to cut emissions is through use of sustainable aviation fuel (SAF) which is not widely available due to its higher costs.

The U.S. Department of Energy website says sustainable aviation fuel is “made from renewable biomass and waste resources” and has the potential “to deliver the performance of petroleum-based jet fuel but with a fraction of its carbon footprint.”

While SAF is now in too short supply to satisfy the needs of commercial aviation, a ramp up in production could more easily satisfy private flights, Trappier said.

“Our clients, they are prepared to pay a bit more for fuel,” he said in an interview on the sidelines of the show.

Trappier said the 10X has orders and has attracted “a lot of attention” but would not give specific numbers.

According to a recent forecast on business aviation by Honeywell International (HON.O), 83% of 2021 survey respondents said they do not currently use any methods for “environmentally friendly” flight operations. read more