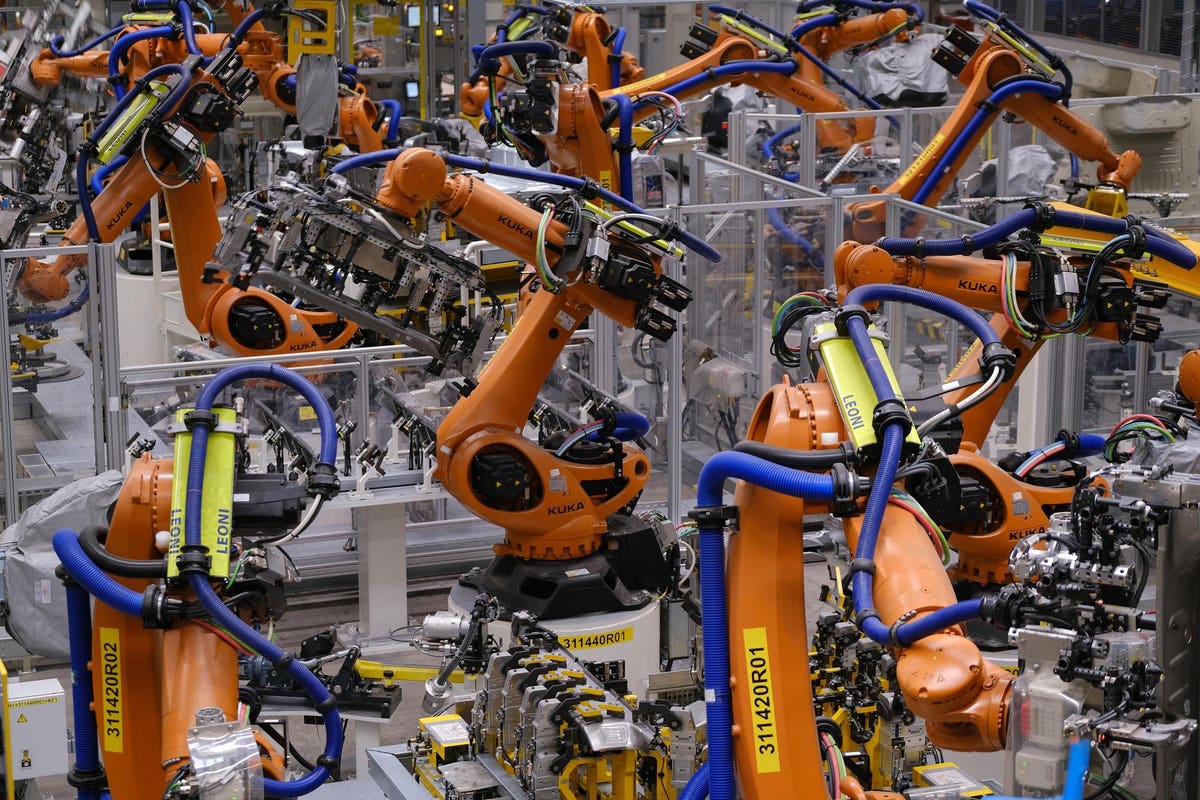 Businesses will try to buy more capital equipment in 2022, but supply issues will limit how much they can actually acquire.

The largest driver of business capital spending is usually economic growth, with additional impacts from high labor costs and low interest rates. All three factors are pushing companies to expand their purchases.

The economy has surpassed pre-pandemic levels when measured by gross domestic product, and more growth is expected, as evidenced by the Wall Street Journal’s forecast survey. Even though forecasts for the second half of 2021 are lower than they had been, the expected gains are still above average.

Corporate profits reflect the growth, though unincorporated proprietors have made less progress.

The labor shortages also drives businesses to bring in more computers and machinery. We used to worry that robots would take jobs; now we hope that robots will fill the empty positions. Hiring should get a little easier as the months pass, with government’s extra unemployment insurance benefits now a memory. And much of the stimulus payments that were received by people who are not working have been spent.

Companies are paying higher wages when they can find workers. At first businesses moved their pay offers up gradually, but now widespread competition for workers is pushing wages up dramatically. Unions, though not a big factor overall, are asking for higher pay and threatening strikes. Thus, shifting to more automated production, sales and customer service will cut costs.

Borrowing costs for business remain at historical lows, though long-term interest rates are now edging up. Banks have eased up their credit standards after tightening in 2020. And Wall Street welcomes new issuances of share by companies raising cash. In short, companies overall have cash and financing capacity, though some pandemic-impacted businesses and sectors will have difficulty funding capital spending.

Long lead times for equipment will restrain spending, however. Production of equipment has lagged because of both supply chain issues and the labor shortage. Most computers and machinery are complicated products with a multitude of components. A missing on-off switch can force a company to leave goods on the shop floor instead of shipping them. Millions of dollars of equipment can be stuck in limbo for lack of a hundred dollars’ worth of switches.

Labor is tight across the economy, but manufacturers face two additional challenges. First, the long-run trend has been for young people to shun manufacturing. Young men whose fathers went from high school to a factory have been told to go to college. Many are not taking the college advice, but they are avoiding the manufacturing sector.

On top of recruiting challenges, many factories face the silver tsunami of gray-haired workers retiring—and taking their skills with them.

When capital goods are finished and ready to ship, then the transportation system has trouble delivering them to customers. That’s true internationally, with from ships anchored outside of ports, and domestically as many trucks lack drivers.

In this environment of high demand and limited supply, prices are rising. Machinery in general had been increasing in price by two percent, plus or minus, for many years, but recently prices rose by six percent. Computer prices had been declining most years of the past decade but have now shot up due to strong demand for laptops to help remote workers and servers for cloud computing.

The price hikes and long lead times will dissuade some companies from buying more equipment, but as soon as these problems ease a bit, look for more demand to arise.

Businesses selling capital equipment will sit the catbird seat, at least for a while. Within a couple of years rising interest rates will tamp demand down, and when the Federal Reserve finally tries to quash inflation, capital spending will drop. Until then, it’s fat city.