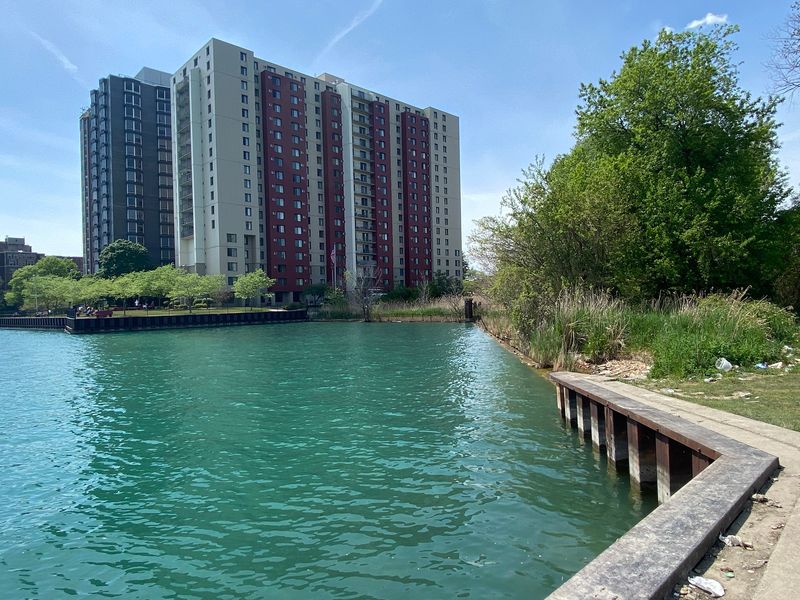 The Detroit Regional Chamber and others are pushing back against parts of a proposed ordinance that’s aimed at preventing contaminant spills into the city’s waterways.

But some business stakeholders are concerned the legislation goes too far and will be “onerous” for property owners, as put by Bernard Parker III, director of local government relations for the chamber of commerce. It’s nothing new for environmental and business interests to clash in the regulatory arena.

Parker and an executive for Novi-based Ginosko Development Co. were among those who spoke against parts of the proposal during public comment at a May 17 City Council committee meeting. City Council members will next discuss the ordinance in committee Monday, and Castañeda-López is hoping if things go well the legislation could be approved before the end of June.

“This legislation is focused on protecting the Detroit River and protecting Detroiters’ ability to drink clean water and so I think, what number can you put on that to quantify the cost of contaminating our river and people’s ability to drink clean water?” said Castañeda-López, who has been working with the Sierra Club, Great Lakes Environmental Law Center and others. “It’s unfortunate because from the research we’ve done it shows that this is a loophole in the legislation and so I would hope that businesses want to be good partners and make sure they’re being good neighbors…”

The ordinance would change Chapter 8 of the Detroit City Code on building construction and property maintenance. It would impose requirements to maintain seawalls along waterbodies in Detroit — not just the Detroit River, but also the River Rouge and others.

It requires property owners to register their barriers along the water for preventative maintenance. It also establishes inspections by the city every two years and requires owners to pay for geotechnical and seawall stability reports every five years.

Registration fees aren’t set in the ordinance itself, and would need to be approved by City Council. Fines would include $250-$1,000 for failing to register. Property owners would also need to pay costs for cleaning up emergency contaminated spills.

It would also fill a gap in emergency response regulations laid bare by the Revere Dock spill, requiring owners or operators to tell the city if they have reason to believe their barrier has been breached.

Parker and others argued May 17 that they agree the riverfront must be protected, but want to be involved in the conversation and see if a compromise can be found.

Parker told Crain’s that the legislation is “confusing,” its language doesn’t match the state’s and that it entails a large increase in inspections and work for property owners. He said those drafting the ordinance should have involved businesses more.

“Our ask, simply, is just to allow us all to sit down, come together and create a great ordinance for everyone,” Parker said. “…We’re not denying that enforcement is needed, we’re just saying your ordinance … is confusing and maybe we can help kind of strengthen it, maybe take some stuff out.”

The Detroit Regional Chamber declined to tell Crain’s the names of any members who have concerns.

Parker also argues the city could make improvements by beefing up riverfront blight and safety enforcement already occurring through the Buildings, Safety Engineering and Environmental Department.

However, as Crain’s reporting has borne out, no governmental entity was responsible for ongoing maintenance and inspection of seawalls and other waterfront structures in Detroit before the Revere Dock collapse.

Nathan Keup, vice president of development for Ginosko, said in the committee meeting that he’s worried the costs embedded in the current language would hurt future and existing affordable housing.

Ginosko was awarded low-income housing tax credits by the state in 2019 for a more than $27 million apartment development on vacant east-side riverfront land at 7850 E. Jefferson Ave.

“We are just concerned the ordinance would place economic hardship on affordable housing providers,” Keup said. “We recently had a study done of the seawall we own and maintain on the property, it cost us around $20,000 … and the thought of doing that every five years would be extremely onerous, especially for people providing low- and moderate-income-targeted housing along the rivers.”

As written, the ordinance applies to all property except land zoned for single-family and two-family dwellings: R1 and R2, per Detroit’s zoning rules. But Castañeda-López said more exemptions could be made.

“There are some residential areas zoned R6 (for high-density residential) and SD (for special developments), which might be the zones some of the people giving public comment were concerned about,” Castañeda-López said in a text message. “We are looking into the zones and seeing what changes can be made to support the senior and affordable housing units zoned above R2.”

Both parties confirmed as of Wednesday that a member of Castañeda-López’s staff was set to meet with the Detroit Regional Chamber on Thursday.

The council member said she’s happy to sit down with those who find the ordinance problematic, but wants to hear specific ideas more than “blanket concerns.”

Justin Onwenu, a Sierra Club environmental justice organizer in Detroit, called the proposal “pretty common sense” and “consensus-driven” after input from the city administration. Keeping the river healthy is necessary for economic growth, he said.

The ordinance comes in the wake of the November 2019 Revere Dock collapse near Historic Fort Wayne in southwest Detroit. Limestone construction aggregate material being stored illegally by Detroit Bulk Storage Inc. was dumped into the river. Detroit Bulk Storage settled with the city in November 2020 and the state ordered $60,000 in fines from site owner Revere Dock LLC.

Environmental activists have called out the city and state for a delayed response to the spill. They also caution this isn’t the last time a collapse like this will happen in Detroit. The city itself found concerning seawall conditions in an early 2020 inspection of all 152 properties along the Detroit River, and lakeshore erosion has been on the rise.