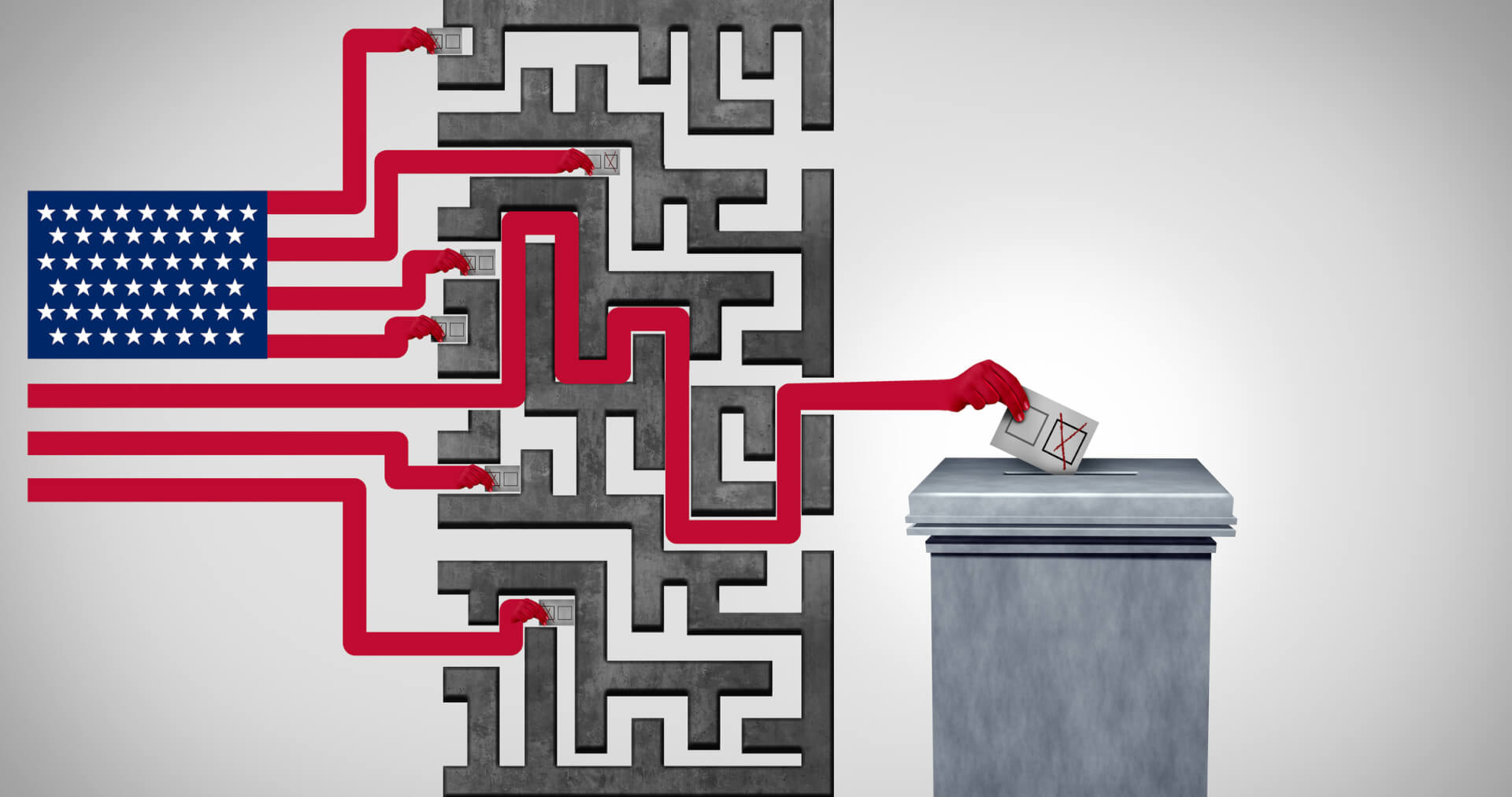 Prominent business leaders are asking lawmakers to reject several election-related bills that they deemed attempts to suppress voting in Arizona, a move that comes as Georgia faces calls for boycotts for passing similar legislation.

The business group Greater Phoenix Leadership issued a statement on Friday, which it also sent to members of the legislature, opposing legislation that would purge inactive voters from the state’s Permanent Early Voting List, require voters to add proof of identification to their early ballots and limit the early voting period before elections.

The statement came in the form of an op-ed by GPL board members Adam Goodman and Sharon Harper, who co-chair the group’s public policy committee, that ran in the Arizona Capitol Times in early March. The new statement includes the signatures of 40 business leaders, mostly GPL board members. Among the signatories are Arizona Cardinals owner Michael Bidwill, the heads of several major health care companies and the CEOs of other prominent Arizona businesses.

Arizona’s election system is safe, secure and convenient, the statement read, but despite that, lawmakers are attempting to make changes that would upend the system and suppress Arizonans’ votes.

“These measures seek to disenfranchise voters. They are ‘solutions’ in search of a problem. They are attempts at voter suppression cloaked as reform — plain and simple,” the statement read.

The op-ed referenced a number of bills that were introduced earlier in the legislative session but have died since, often without so much as a hearing in committee. Those proposals, some of which garnered national media attention, included legislation that would abolish Arizona’s Permanent Early Voting List or eliminate early voting entirely. Others would have allowed the legislature simply overrule the voters’ choice of a presidential candidate, promoted by lawmakers who hoped to award Arizona’s electoral votes to Donald Trump, even though Joe Biden won the state.

“These proposals are a concerted effort from those in Arizona — and across the nation — who wish to sow additional doubts about our elections in the minds of voters, and feed into the paranoia that has plagued our political discourse over the past several months. Disturbingly, each of these proposals have one thing in common: making it more difficult for Arizonans to vote,” the statement read.

The new iteration of the statement on Friday focused on three bills in particular, two of which still have a good chance of being passed into law.

One, Senate Bill 1485, would remove inactive voters from the Permanent Early Voting List. Voters who don’t use their early ballot in at least one primary or general election for two consecutive election cycles would receive a notification asking if they want to remain on the PEVL. If they don’t respond, election officials would remove them from the list, though they would remain registered to vote.

Senate Bill 1713 would require voters to put their date or birth and either their driver’s license number or voter identification number on an affidavit that goes with their early ballots. They would still have to include their signatures, which is what election officials currently use to verify voters’ identities.

GPL also took aim at Senate Bill 1593, which would reduce the number of early voting days in Arizona from 27 to 22, and prohibit election officials counting early ballots that are postmarked after the Thursday before an election, even if the ballots arrive in time to be counted on Election Day. That bill hasn’t been approved in the Senate and is likely dead for the session, having missed a deadline to be heard in committee in the House of Representatives.

The op-ed is a month old, but much has changed in that month. Liberal activists have mobilized against election reforms, which they deem voter suppression, that would make it more difficult for people to register to vote or to cast ballots.

Within days of Georgia Gov. Brain Kemp signing controversial election legislation, activists put intense pressure on corporations that do business in the state. That led Major League Baseball to pull the All-Star Game from Atlanta, where it was scheduled to take place on July 13.

Georgia’s bill makes a number of changes to their election system, some of which expand voting access and others that impose new restrictions. It reduces the number of early voting days from 49 to 29, while also reducing the amount of time that voters have to request early ballots. Under the new law, voters must now include the number from their driver’s license or state identification card, or the last four digits of their Social Security number. And it prohibits people from handing out food and water to voters within 150 feet of a polling place or within 25 feet of any voter standing in line, though election officials can still make water available.

The bill strips the secretary of state of some of his power and grants the Georgia Legislature new powers over local election boards. Secretary of State Brad Raffensberger, a Republican, resisted Trump’s push to overturn the election. In a now-famous phone call, Trump spent an hour trying to convince Raffernsperger to “find” enough votes for him to win Georgia on the basis of unproven, baseless fraud claims.

The law requires every county to have at least one drop box for early ballots, but limits the number than each county can have, which will likely reduce access to drop boxes in some areas. It also adds a mandatory extra day of early voting on the second Saturday before an election, and it shortens the runoff election period from nine weeks to four weeks.

Major League Baseball announced its decision about the All-Star Game on Friday morning. By the end of the day, GPL had issued its statement concerning election bills in the Arizona legislature.

Sen. Michelle Ugenti-Rita, who sponsored SB1485, said the business leaders who signed the GPL statement are misrepresenting what the bill does and “feeding mass hysteria.”

“Their opinion, frankly, is inconsequential to me and has no credibility. I think they need to stay in their lane. I don’t tell them how to run their companies or how to manage their sports monopolies, and I don’t think they should tell me how to … legislate,” the Scottsdale Republican said.

Ugenti-Rita described her bill as “mild in nature and modest in its scope,” and said it mirrors similar laws or active proposals in Democratic California and New Mexico.

Sen. J.D. Mesnard, R-Chandler, also pointed out that GPL and other activists are ignoring much more restrictive voting laws in other states. Mesnard, who sponsored SB1713, questioned why activists and corporate America are ignoring them while attacking states with far more permissive voting systems.

Mesnard described his bill as a way to secure Arizona’s mail-in voting system. Election officials in Arizona and other states say signature verification is an extremely secure system with few instances of fraud, but Mesnard said many people have concerns about the system, and that his bill will help alleviate them.

Mesnard acknowledged that many of those concerns stem from comments Trump made last year when he falsely told people that voting by mail is rife with fraud, though he said many of the concerns he’s heard predate Trump.

“Corporate America is feeling pressure from some aspect of society, and they’re folding to it. Then the question will be, if they now try to exert their own pressure in response, are we going to fold to it? And I won’t. I won’t fold to it,” he said.

Mesnard said Arizona could suffer some short-term consequences if it passes the election bills, but he was skeptical that will happen. While some on the left demanded that the All-Star Game be pulled from Georgia, he noted that others on the right are now calling for a boycott of Major League Baseball. He suggested that MLB may already regret its decision.

Gov. Doug Ducey has often praised Arizona’s election system as making it “easy to vote and hard to cheat.” Nonetheless, he has said he’s “interested” in possibly signing legislation to restrict voting after Trump’s loss. A spokesman for Ducey would not comment on the GPL letter.