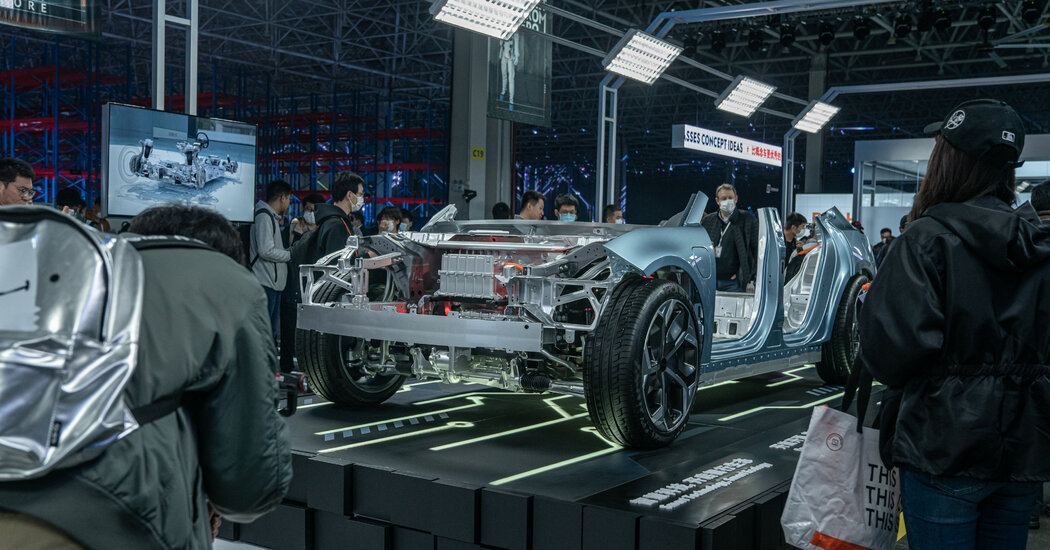 China’s push for self-sufficiency in a wide range of industries is dividing foreign companies, with some welcoming it as another chance to invest there while others worry that it will cause risks to the country’s trading partners and its own economy.

Two influential groups of foreign businesses in China issued very different reports on Thursday. They revealed a striking divide on whether international companies support China’s push to replace imports with a self-reliant emphasis on domestic production.

China has been heavily subsidizing its manufacturers of semiconductors, commercial aircraft, electric cars and other products as part of a national effort to achieve greater self reliance. The European Union Chamber of Commerce in China contended in its report on Thursday that these policies were discouraging foreign investment in China. They are also causing China to spend heavily to develop its own versions of products that are more efficiently made elsewhere, the group said.

“There are troubling signs that China is increasingly turning inwards, as can be seen in its 14th five-year plan,” the report said, referring to an economic blueprint the government released this year. “This tendency is casting considerable doubts over the country’s future growth trajectory.”

The Trump administration was strongly critical of China’s emphasis on replacing imports with domestic production, an outgrowth of the country’s recent “Made in China 2025” manufacturing policy. But American companies with operations in China are, conversely, more supportive of Beijing’s policies.

A separate survey report issued by the American Chamber of Commerce in Shanghai found that a third of the chamber’s members thought China’s self-reliance strategy would help their revenue. Almost none thought they would be hurt. The rest saw little effect or said it was too soon to know.

American companies that favor the strategy reasoned that the factories and other businesses they own in China would post greater sales to Chinese customers. They were much less worried about harm to their exports from the United States, which are often modest. Not one of the surveyed American companies had any plans to move operations back to the United States, despite efforts by the Trump and Biden administrations to encourage investment at home.

Ker Gibbs, the president of the American Chamber of Commerce in Shanghai, said he was surprised by the views of his own chamber’s members. More than European companies, he said, American companies tend to focus mainly on the next quarter’s financial results, which are usually best served by staying in China.

“This gives them a short-term focus that serves them poorly when looking at a market like China,” Mr. Gibbs said. “They are right to focus on market growth and opportunities, but China’s push for self-reliance could limit opportunities in the long term.”