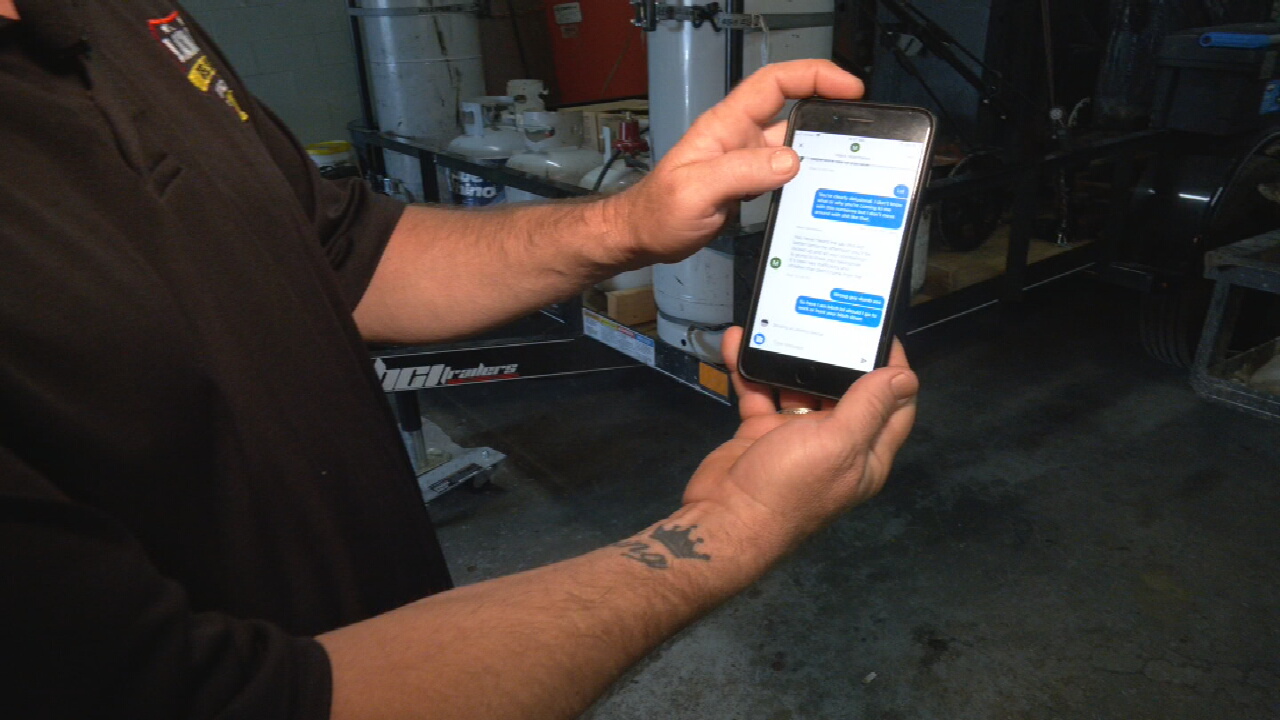 A Green Country business owner says a scammer has been messaging him for days, accusing him of being a pedophile and threatening to take down his business.

Jeremy says he started getting messages a couple of days ago on his Google business page and they just won’t stop. He says now the scammer keeps threatening to expose him, to take down Jeremy’s business.

“You can’t find him, you don’t know who he is, but he can post anything he wants and we can’t do anything about it,” said Jeremy.

Jeremy says after days of getting messages on his business page, the scammer started sending the same type of messages to his personal Facebook page.

Jeremy says the messages accuse him of being a child predator and sex trafficker and threaten to go to Jeremy’s Competitors and sic the media on him.

“Half of them are misspelled but he’s basically accusing me of things I don’t do,” said Jeremy. “I’m not involved in sex trafficking, I’m just an asphalt guy, you know what I mean?”

Jeremy says he started his asphalt and striping business four years ago. He says he’s put his heart and soul into building the business from the ground up. He says these threats don’t just affect him.

“When you’ve got six families depending on you to show up here every day and put my guys to work, and one guy on the internet can take that away from you very easily,” said Jeremy. “They picked on the wrong guy on this one, I promise you that. I will fight. I’ll fight for everything I got.”

I talked to law enforcement and they say they are seeing more and more sex scams out there. They say the best thing to do is ignore the messages and block the person. They also say never to pay any kind of money.