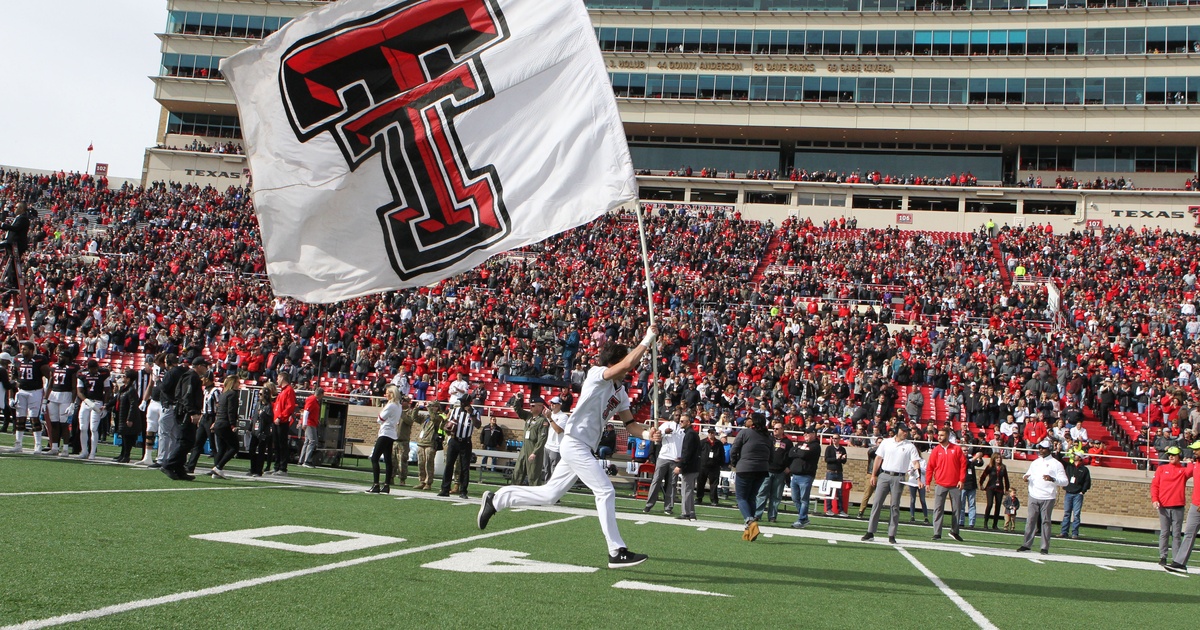 Sign up for The Brief, our daily newsletter that keeps readers up to speed on the most essential Texas news.

Sports fans crowd the bars and restaurants, lining streets like University Avenue and Broadway Street east of campus, and local businesses and hotels fill up with travelers in town to watch the Red Raiders.

Games at the Jones AT&T Stadium are usually packed with fans — especially for matchups against the University of Texas at Austin and the University of Oklahoma. At a Texas Tech game against Texas in 2018, the stadium was at max capacity with 60,454 attendees.

“We’re just extremely busy during that period of time,” said Lubbock City Council member Steve Massengale, who owns a Texas Tech athletic merchandise store called The Matador. “Those games are extremely important to businesses that surround the university or are impacted during those home games.”

But local businesses in the area are increasingly worried about how profits will fare when Texas and Oklahoma officially leave the Big 12 for the Southeastern Conference, which they’ve said they plan to do in 2025. Although sales for The Matador typically increase tenfold to 15-fold during home football games, they often skyrocket when the Longhorns or Sooners play in Lubbock.

“Our revenue is most likely directly proportional to the number of people in town for a game,” Massengale said.

Economists — both in Texas and out of the state — have said it is unlikely that conference realignments will have devastating economic effects for college towns because athletic revenues have historically smaller impacts on the local economy as a whole.

But there are indirect effects to Lubbock, in particular, because college football is so intertwined with the area’s culture and pride. Lubbock is one of the few sports hubs in West Texas, meaning tourists often flock to the area to watch games.

“If you ask me about any other city, I’m just telling you — the impact is zero,” said Brandli Stitzel, a sports economics professor at West Texas A&M University in Canyon. “But Lubbock is an interesting case study for the intensity of preference: ‘How much do we like the Red Raiders?’ The answer is a lot.”

“Athletics is probably one of the most impacts of all the Texas Tech regional economic generating activities,” said Eddie McBride, president of the Lubbock Chamber of Commerce. “It’s huge.”

He said retail stores, such as businesses that sell athletic merchandise and clothing stores, could take big hits, and stadiums could potentially see less attendance, particularly if the Big 12 doesn’t manage to add a rival like Texas and Oklahoma to its roster.

Shara Konechney, who owns Piper, a women’s clothing boutique in Lubbock about 10 minutes from the stadium, said her store is usually packed to the brim during home games with fans looking to buy athletics merchandise or clear bags needed in the stadium.

Sales often triple or quadruple during these times. She often hires an additional two to three staffers to help during football season. So when she heard Texas and Oklahoma would be leaving the Big 12, she felt “paralyzed,” and immediately thought of how this might eventually impact the store.

“It’s a very scary feeling of what it could be doing to the university and the Lubbock community and to the South Plains,” she said.

Shortly after Texas and Oklahoma announced their departure, The Perryman Group in Waco released a report that analyzed the potential economic impacts to remaining Big 12 schools in Texas — which also include Baylor University and Texas Christian University.

The report — paid for by the Lubbock Chamber of Commerce — said these communities could face devastating economic consequences, regardless of whether the Big 12 dissolves after UT’s and OU’s departures.

It notes that the departures could lead to losses in gross product and jobs in the area that would likely be concentrated in educational services and retail trade industries.

Ray Perryman, president at the economic analysis firm, said in a statement that, without Texas and OU, the rest of the conference is undoubtedly facing smaller television deals, lower attendance and other negative consequences. The Lubbock area could also face reductions to tax revenue.

“The result would be reductions in athletic revenue, tourism and economic benefits for affected communities,” he said.

But Stitzel said the broader economic impacts to the city are minimal at most. Lubbock is by no means a small town. With a little over a quarter-million residents living there, it’s the 11th-largest city in Texas, according to Texas Demographics.

And its overall economy is also supported by other industries, such as educational services, agriculture and manufacturing.

“Its industrial mix is not particularly vulnerable,” Stitzel said.

Cullum Clark, director of the George W. Bush Institute and Southern Methodist University’s Economic Growth Initiative, agreed. He said football in Lubbock is seasonal and wouldn’t necessarily have a drastic impact on the economy.

“I would think that effect — I don’t want to say zero, that would be a bit of an extreme claim — but I think it would be rather small,” Clark said.

He added that employment during football season is typically reserved for low-wage jobs, and therefore doesn’t add onto a long-term economic boost for Lubbock.

“All work is honorable, but this is not the kind of work that makes people sort of seriously upwardly mobile and embraces the wealth level of the whole place very much,” Clark said. “I think probably there is an effect — you’d probably rather host the football games than not in your town, all things equal — but I think it’s probably a pretty minor effect.”

Clark added that what could impact the stability and scope of Texas Tech University is whether the school is financially stable.

“The key thing is that Texas Tech be a healthy institution,” he said.

The school’s athletic program is greatly dependent on Big 12 funds. Financial data from Texas Tech shows that media rights from the Big 12 are the largest income stream for the program, making up about one-third of its total earnings.

Daniel M. Pope, the mayor of Lubbock, said in a letter to Gov. Greg Abbott that a strong Big 12 is crucial to the area.

“The small, locally owned businesses that benefit from this activity create the jobs that fuel our city,” Pope wrote.

Join us Sept. 20-25 at the 2021 Texas Tribune Festival. Tickets are on sale now for this multi-day celebration of big, bold ideas about politics, public policy and the day’s news, curated by The Texas Tribune’s award-winning journalists. Learn more.