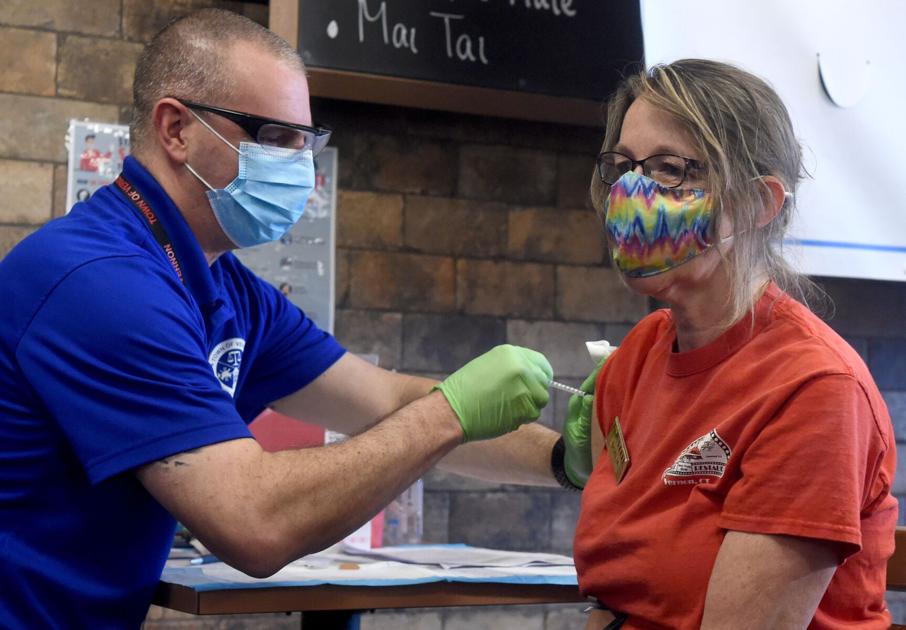 Biden announced sweeping vaccine mandates last week in an attempt to pressure unvaccinated people to get the shot. The mandate requires all federal workers and employees of companies with more than 100 workers to get vaccinated.

Tim Devanney is the owner of Highland Park Market, which has three locations in Manchester, Glastonbury, and Farmington. Devanney said that enforcing the mandate will be a headache because it will require asking for proof of vaccination and keeping a running list of all of his approximately 325 workers.

The mandate gives those opposed to the vaccine an option — weekly COVID-19 testing.

But Devanney said that will create other problems, such as determining whether testing will be done on company time. Devanney said he is trying to hire more staff to increase schedule flexibility and ease the burden on other workers in case someone has to miss part of a shift to get tested.

“If we have to tell people that they can’t come into work because they aren’t vaccinated or if they get tested for the week … that’s going to have an impact on us because we’re struggling right now with staffing as it is,” Devanney said.

Devanney estimated that 75% of Highland Park’s staff is vaccinated, and they had previously been allowed to go mask-free in the workplace before the delta variant’s surge forced workers to put masks back on.

Brian Durst is the CEO of Tribe 9 Foods, which recently acquired Carla’s Pasta in South Windsor. Durst said he didn’t see the mandate as being an impediment; instead, Durst said he is “extremely receptive” to follow any protocols as they develop.

“We’ll do our best to make sure we’re complying with whatever is laid out,” Durst said, adding that Tribe 9 Foods is still gathering information and talking to experts to ensure future compliance with the mandate.

Durst said his company has prioritized getting workers vaccinated through efforts such as on-site vaccination clinics, and ensuring employees have enough time off to get the shot. Durst estimated that 85 to 90% of its approximately 130 Connecticut employees are vaccinated.

A spokesperson for Pratt & Whitney, which is based in East Hartford, said the company was awaiting an official statement from its parent company, Raytheon Technologies. The spokesperson said Pratt & Whitney is going to take a “corporate approach” to the vaccine mandate to ensure that all of its employees have the same policy.

Chris DiPentima, who is the president and CEO of the Connecticut Business & Industry Association, commended Biden for taking assertive action to get more Americans vaccinated. But DiPentima said he was unsure if a mandate was the best approach for businesses.

“We at CBIA never like when businesses are stuck in the middle through a government mandate because it’s basically telling businesses, ‘you shall do this,’” DiPentima said.

Before Biden’s mandate declaration, DiPentima said he foresaw that encouraging workers to get vaccinated, even with incentives, would only go so far. As a part of its annual membership survey in August, the CBIA included a question asking members if they would support a government mandate of the vaccine: 52% said yes, 37% were against it, and 11% were unsure.

DiPentima rattled off a host of questions that the mandate will create for employers, such as what disciplinary action should they take against workers who refuse to be vaccinated or tested, or if those same workers will be eligible for unemployment insurance.

“Businesses have to run their business, first and foremost. And now we’re giving them a secondary job as well,” DiPentima said.

Until the Occupational Safety and Health Administration issues an emergency order providing more clarity on the situation, the mandate will cause added uncertainty for many business owners like Devanney.

“Uncertainty is the enemy of business,” DiPentima said. “Because you really like to have predictable and stable policies so you can plan your business accordingly, but right now we’re in another period of significant uncertainty.”