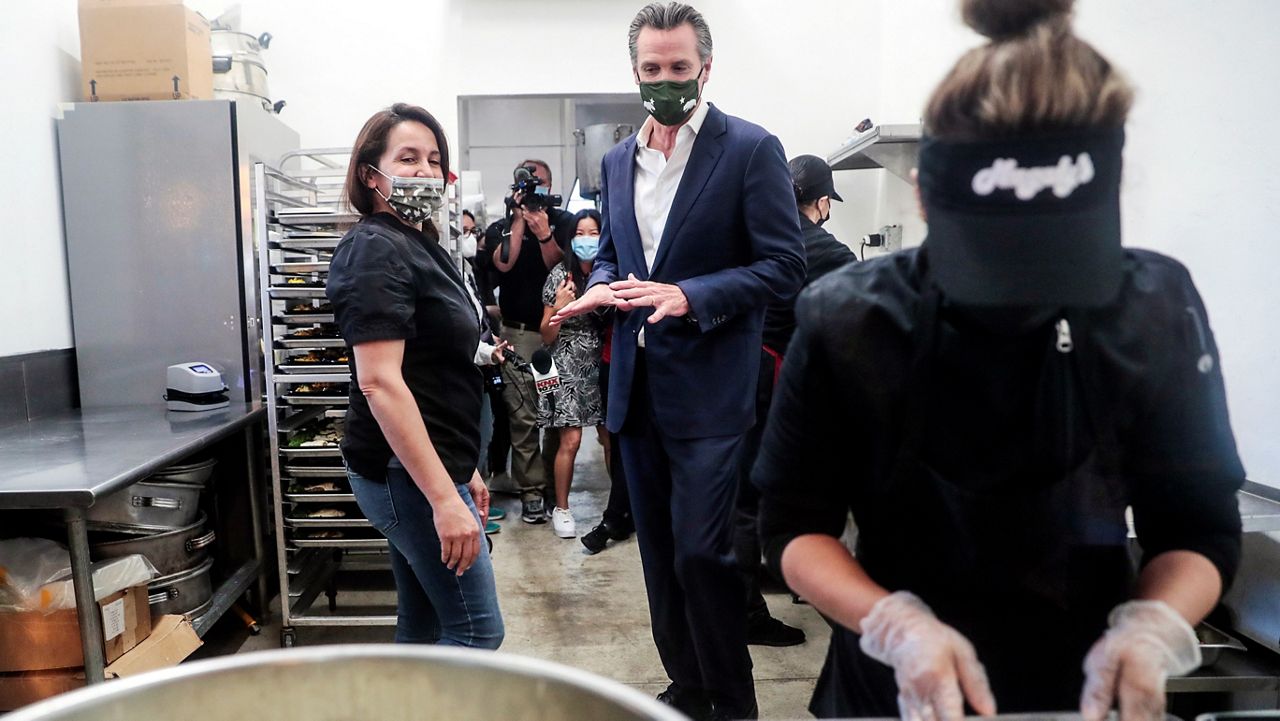 SACRAMENTO, Calif. (AP) — California is getting $27 billion in federal coronavirus relief, and Gov. Gavin Newsom said Thursday that he wants to give some of that money to small-business owners that were forced to temporarily close during the pandemic.

The Democratic governor said he will ask state lawmakers to add $1.5 billion to a program that gives up to $25,000 grants to small businesses that they do not have to pay back. That program already has $2.5 billion to give away, meaning the proposal — if approved — would put the fund at $4 billion.

Newsom said it would be the largest relief program in the country for small businesses, which he said are “roaring back” as the state reopens its economy. He responded forcefully to recent criticism that California is in decline, a theme pushed by his rivals in recent weeks following news of the state’s first-ever population decline and the loss of a congressional seat.

“People think our best days are behind it. You’re full of it. You have no idea what this state represents, and what it’s going to represent to the rest of the world,” Newsom said.

California Chamber of Commerce President Allan Zaremberg praised Newsom’s announcement and urged lawmakers to support it. But he warned them to not pass what he called “costly, onerous new regulations,” including a measure that would force employers to provide paid bereavement leave and give bonuses to some health care workers, among other proposals.

“Let’s not forget, it is California’s successful businesses that have provided a once-in-a-generation budget surplus that will allow the state to address some of its most pressing needs,” Zaremberg said.

Thursday’s announcement caps Newsom’s weeklong tour of the state where he offered previews of how he wants to spend more than a $100 billion surplus — money that includes the state’s excess revenue and federal coronavirus aid. He announced more than $8 billion in tax rebates for most adults, $12 billion to fight homelessness and $2.7 billion to pay for all of the state’s 4-year-olds to go to kindergarten for free.

The tour comes as Newsom is preparing for an expected recall election later this year, the culmination of a petition drive fueled by anger over his handling of the pandemic. On Friday, Newsom will deliver his final budget proposal to the Democratic-controlled Legislature, setting off weeks of intense negotiations until the final agreement is signed into law by July 1.

Newsom established a grant program for small businesses in December. About 334,000 businesses applied during the first round of funding, requesting $4.4 billion in grants. But the program only had $500 million to spend. In February, Newsom and lawmakers added $2 billion to the program. Now, he wants to include an additional $1.5 billion from federal relief funds.

To be eligible for the grants, businesses must have between $1,000 and $2.5 million in annual revenue. They have to have been operating before June 1, 2019, and must have a physical presence in California.

Newsom also announced $147 million to give eligible businesses up to a $1,000 tax credit for each employee they hire; $95 million for Visit California, a nonprofit that promotes tourism; $250 million to help make up for losses in the state’s ports; and increasing the “CalCompetes” tax credit to $360 million, which encourages businesses to relocate to California.

The CalCompetes funding builds on a proposal Newsom announced in January. It comes after several high-profile business departures from California, including the headquarters of Oracle and Hewlett Packard.

But the independent Legislative Analyst’s Office had recommended lawmakers reject that proposal, arguing it would not benefit companies that had been most affected by the pandemic.