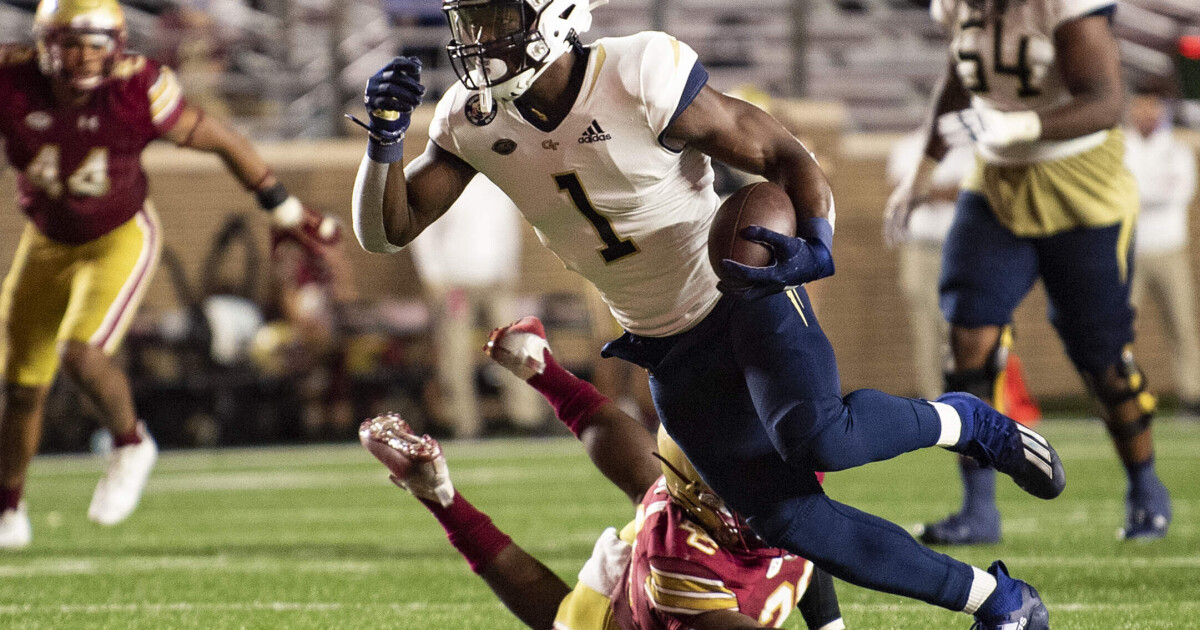 Camp led Georgia Tech with 29 receptions for 439 yards and four touchdowns in last year’s pandemic-shortened 10-game season. He caught multiple passes in 9-of-10 games, capped by a five-catch, 95-yard performance in the season finale against Pitt. He hauled in his longest reception of the season with a 59-yard touchdown catch against eventual Atlantic Coast Conference champion and College Football Playoff participant Clemson.

For his collegiate career, Camp caught 48 passes for 808 yards and five touchdowns, despite playing his first three seasons in Georgia Tech’s previous run-heavy option offense, and seeing his final two seasons cut short due to injury in 2019 (four games) and the Covid-19 pandemic in 2020 (10 games).

The 6-2, 226-pound wideout wowed NFL scouts on Georgia Tech’s Pro Day in March by running a 4.43-second 40-yard dash, recording a 39.5-inch vertical jump and bench-pressing 225 pounds a whopping 30 times (which is three more than any wide receiver has ever done at the NFL Combine).

Camp is the 211th NFL draft pick in Georgia Tech history. After a two-year stretch with no draft picks, Tech has had players selected in each of the last two NFL Drafts. Last year, Tyler Davis became the highest-selected tight end in Yellow Jackets history when he also drafted in the sixth round by the Jacksonville Jaguars (No. 206 overall).

In addition to his prowess on the field, Camp was a member of the ACC’s all-academic team in 2020 and graduated from Georgia Tech with a B.S. in history, technology and society in May 2020.