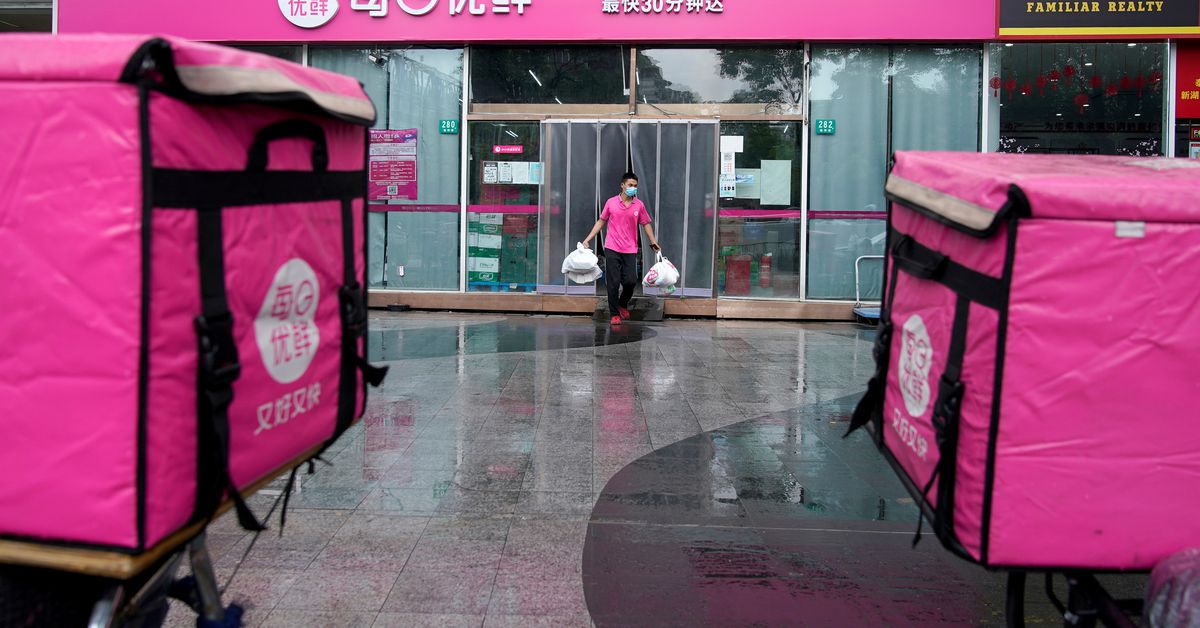 A shop of MissFresh is seen at a street in Shanghai, China June 10, 2021. REUTERS/Aly Song

Of the 13 Chinese technology outfits that went public in New York this year, 8 are underwater, data from Dealogic show. Beijing’s crackdown on the sector is one factor. Another may be the growth-over-profit mentality of many companies. Dingdong Maicai, for example, grew sales by 460% year-on-year to $580 million in the first quarter this year, but its operating loss also more than quadrupled.

The big test will be ride-hailing app Didi Global’s debut this week. The company is aiming for a less-than-expected valuation of up to $67 billion. Other IPO hopefuls will be watching closely. (By Yawen Chen)