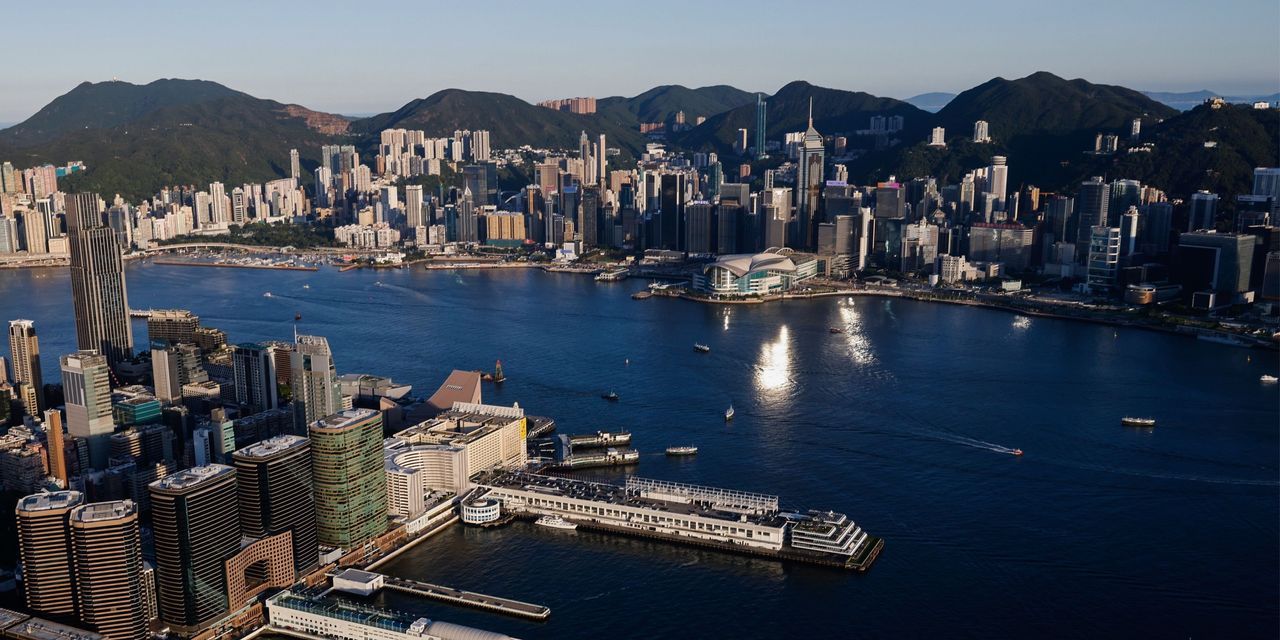 As China’s technology giants struggle, few markets are suffering like Hong Kong. A rush of new listings could eventually soften the blow.

The financial hub has courted Chinese online behemoths such as Alibaba Group Holding Ltd. in recent years, relaxing listing rules and overhauling its flagship stock index. Until recently, share sales were booming, local benchmarks were buoyant and tech euphoria had fueled a surge in trading.

A widening series of crackdowns from Beijing has helped spoil the mood. As of Thursday, the city’s Hang Seng Index was down 3.8% this year, versus a nearly 18% rise for the S&P 500. Big tech stocks have tumbled, and the uncertainty and volatility is likely to dampen issuance of new shares.

Longer term, however, many investors and bankersfigure China’s growing wariness about its companies listing abroad will be good for Hong Kong, which should benefit at the expense of U.S. exchanges.

For now, investors are worried about the uncertain direction of Chinese policy and how it could affect corporate growth, said Brian Bandsma, a New York-based portfolio manager at Vontobel Asset Management.

“What’s affecting the market is just a general fear of the unknown and withdrawals of liquidity,” he said.

While the U.S. also has many Chinese tech company listings, they make up a far smaller chunk of its market. Exchanges in Shanghai and Shenzhen have been less shaken because few of China’s big online businesses are listed on the mainland.

Another headache for Hong Kong is that it is relatively easy to trade in and out of the market, compared with mainland China and elsewhere in Asia, said Paul Pong, managing director at Pegasus Fund Managers Ltd.

“Hong Kong’s financial market is like an automated teller machine for global investors in times of uncertainty,” Mr. Pong said. He added that mainland investors tended to sell down their holdings in the city quickly in response to policy changes at home.

The Hang Seng Tech Index ended Thursday down 39% from the peak it reached in February. The gauge was launched just over a year ago to capture the performance of Hong Kong’s burgeoning technology sector.

Benchmark compiler Hang Seng Indexes Co. has also overhauled its main index, tilting it away from finance and toward tech and healthcare. Online heavyweights Tencent Holdings Ltd. , Alibaba and Meituan now make up about 24% of the index.

Still, when markets settle, many expect Hong Kong to strengthen its standing as one of the main venues for Chinese tech listings. While many Chinese entrepreneurs have traditionally aimed for U.S. IPOs, that option is becoming harder.

Chinese authorities are likely “to increasingly encourage companies to focus more on listing either in Hong Kong or the domestic exchanges,” said Mr. Bandsma at Vontobel.

She said Chinese government actions in areas such as data security and competition would ultimately improve the quality of companies that were listed offshore.

Hong Kong has attracted a string of big Chinese IPOs from companies such as short-video app operator Kuaishou Technology and numerous secondary listings by tech companies from China whose stock already trades in the U.S.

So far this year, listings of both kinds by tech and internet-related companies have raised over $17 billion, according to Dealogic. That is a full-year record.