Sign up to myFT Daily Digest to be the first to know about Chinese business & finance news.

Cloud Village, the music streaming business of tech group NetEase, will not go ahead with its IPO that was scheduled to launch this week due to a disappointing response from investors, according to three people familiar with the matter. The company intended to wait for better market conditions to potentially restart its listing plans, one of the people said.

The IPO would have been among the largest share sales in Hong Kong this year and the first big one by a Chinese technology company since Beijing launched a crackdown on foreign listings last month.

Tough new rules from Chinese regulators, rolled out in the wake of the New York IPO of ride-hailing company Didi Chuxing in June, have prompted a sharp sell-off in Chinese technology and internet groups. All planned US IPOs by mainland Chinese companies have been put on hold.

Wall Street bankers have started to redirect billions of dollars of planned listings from New York to Hong Kong following the effective freeze on US listings by Chinese tech groups.

However, the lack of investor appetite in the Cloud Village IPO could signal that deepening tensions between Washington and Beijing may not deliver a windfall to Hong Kong, which has long sought to attract China’s tech companies away from the Nasdaq and New York Stock Exchange.

Chinese tech companies planned to raise at least $9bn by listing in Hong Kong this year, according to data from Dealogic.

“Now we have one IPO withdrawal, and I don’t think that’s the end,” said Dickie Wong, head of research at brokerage Kingston Securities. Wong said he expected more Chinese tech groups to delay or cancel their listing plans in the months ahead.

“It’s not an easy job any more to list Chinese tech companies, whether that’s in Hong Kong [or elsewhere], due to the regulatory risk,” he added.

ByteDance, the Chinese parent company of TikTok, is preparing for a Hong Kong IPO early next year, the Financial Times reported. Its plans to list have been beset by delays and earlier this year it halted preparations for a possible float in New York or Hong Kong after data security warnings from Chinese regulators.

A fund manager in Hong Kong said the Cloud Village deal appeared to be “struggling” last week. Bankers had “asked what price we would take it for rather than us begging for allocation”, the fund manager said.

One banker close to the deal said some of the cornerstone investors in Cloud Village would not agree to have their shares locked up, which would have prevented them from selling for a number of months after the IPO. 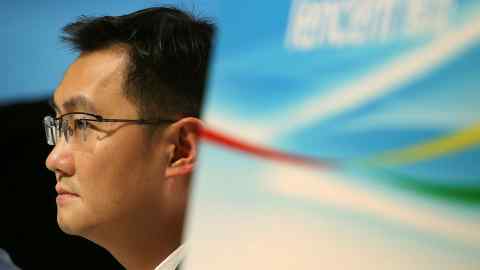 The discussions with investors took place at the same time as shares in Hong Kong-listed short video app Kuaishou fell by a record 15 per cent last week after a post-IPO lock-up expired, allowing cornerstone backers to sell out.

The last-minute U-turn for Cloud Village despite antitrust regulators delivering a massive blow to rival Tencent last month that bankers had expected to bolster the former’s valuation. On June 24, China’s State Administration for Market Regulation ordered Tencent Music to give up exclusive rights to music labels within 30 days.

However, NetEase was caught in a wave of selling of Chinese tech stocks last week as Beijing signalled it would clamp down on online gaming. Shares in NetEase, China’s second-largest gaming group after Tencent, were down about 11 per cent since the news broke last Tuesday.

A person familiar with Cloud Village’s IPO plans said the company was “closely monitoring market conditions and looking for an optimal launch window”. NetEase did not immediately respond to a request for comment.