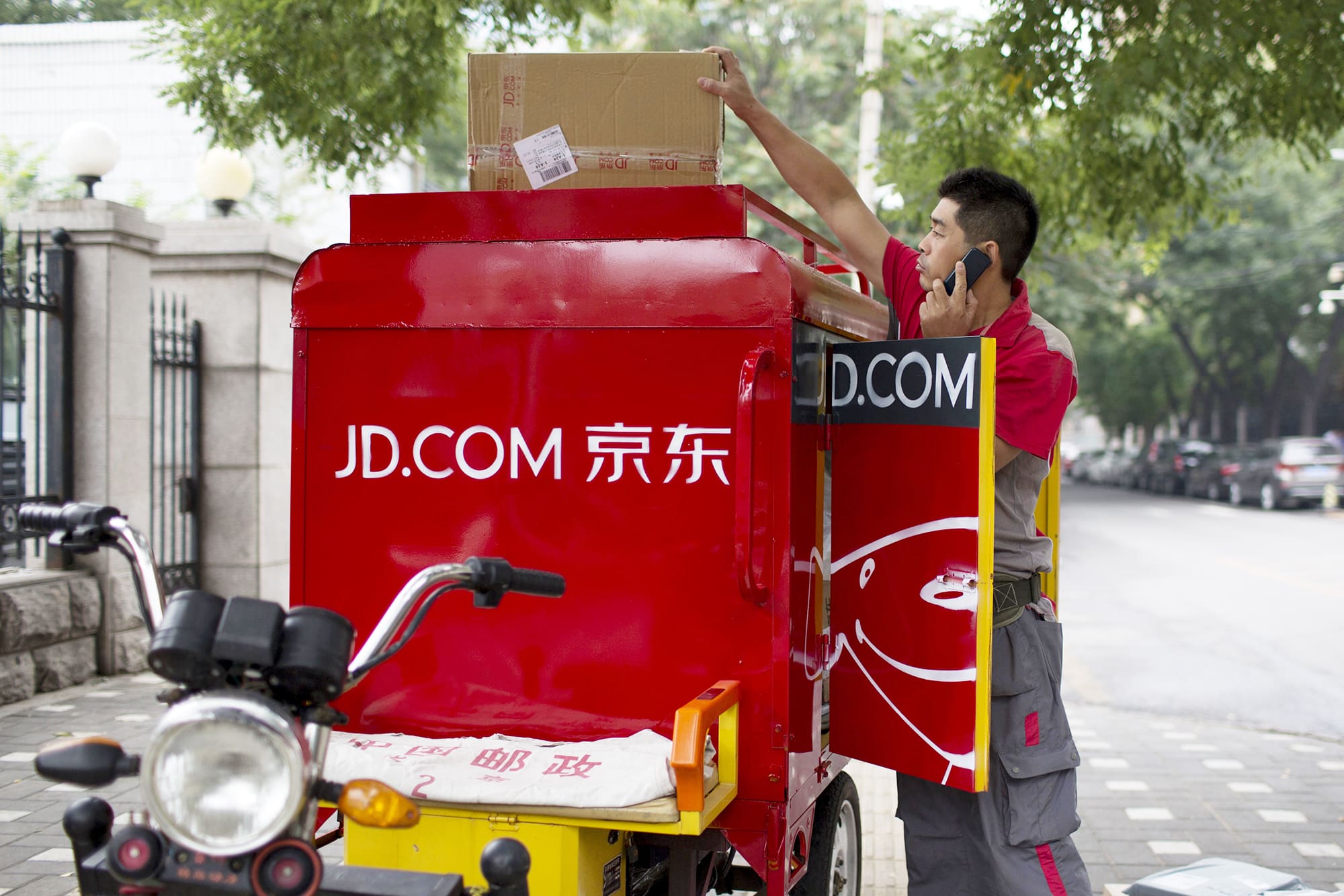 GUANGZHOU, China — Chinese tech stocks staged a huge rally Tuesday as investors got a little more clarity on the regulatory outlook and bought some of the names that have taken a beating in recent months.

A positive set of earnings from Chinese technology giants also added to the bullish sentiment.

In premarket trading, the U.S.-listed equities for JD.com and Alibaba rose 8.2% and 4.9%, respectively. Shares of Baidu gained 3.9%.

At the close, Tencent shares were 8.8% higher, food delivery giant Meituan was up around 13.5%, while Alibaba’s Hong Kong-listed stock popped 9.5%.

A JD.com employee unloads boxes from a motorcycle in the financial district of Beijing, China.

Last week, the tech-heavy Hang Seng index slipped into bear market territory, dropping more than 20% from its mid-February peak. The benchmark has since recovered slightly, but is still 18% below its February level. Meanwhile, China’s technology giants have shed billions of dollars of value.

The sell-off has been driven by China’s tightening regulatory regime. New laws have been introduced at a rapid pace, followed by punishments and investigations by Chinese authorities.

Some investors may be taking advantage of the steep fall in share prices, seeing the sell-off as a buying opportunity.

“Our overall view is that we prefer to look for value. In Asia, the markets are not as frothy as in the U.S. after the recent drops … (due to) the HK/China issues and this is probably where we would look,” said Lorraine Tan, director of equity research for Asia at Morningstar.

The slew of regulation may have provided some short-term clarity for the market, while the pace of new laws might slow.

“The capital market probably feels that the release of the PIPL … completes the trifecta of China’s data governance regime, such that Chinese regulators may finally take a pause in 2021 from unabating lawmaking for the tech industry that was little regulated last decade,” said Winston Ma, adjunct professor of law at the New York University School of Law.

Recent earnings reports from Chinese technology companies have been broadly positive too. Tencent’s second-quarter net profit beat estimates while Baidu’s revenue for the quarter was ahead of analyst expectations.

Across various earnings calls, regulation was the hot topic. Tencent’s management warned last week that further regulation is likely for the internet industry but said it is “confident” the company can be compliant. On Tuesday, Lei Xu, CEO of JD’s core retail division, said the company has carried out an internal “review” and “rectification” process to comply with regulations and doesn’t see a major business impact.

“We think most of the broad framework for the internet regulations is set. We believe that the moats of names like Alibaba and Tencent are still prevalent and their free cash flow will still be relatively attractive,” Morningstar’s Tan said.

With many major technology earnings out and key legislation passed, one analyst expects investors to be looking toward next year.

“Investors should be able to glean much better insight into sub-sector trends and company outlooks during earnings season,” Jefferies equity analyst Thomas Chong wrote in a note published Monday.

“Indeed, a number of key issues have already been addressed. With the drastic pullback in sector valuation in recent months … and the passing of the personal data privacy law last Friday, we expect a re-focus on sector themes as expectations continue to be reset, with the 2022 story the next waypoint, rather than the outlook for 4Q.”