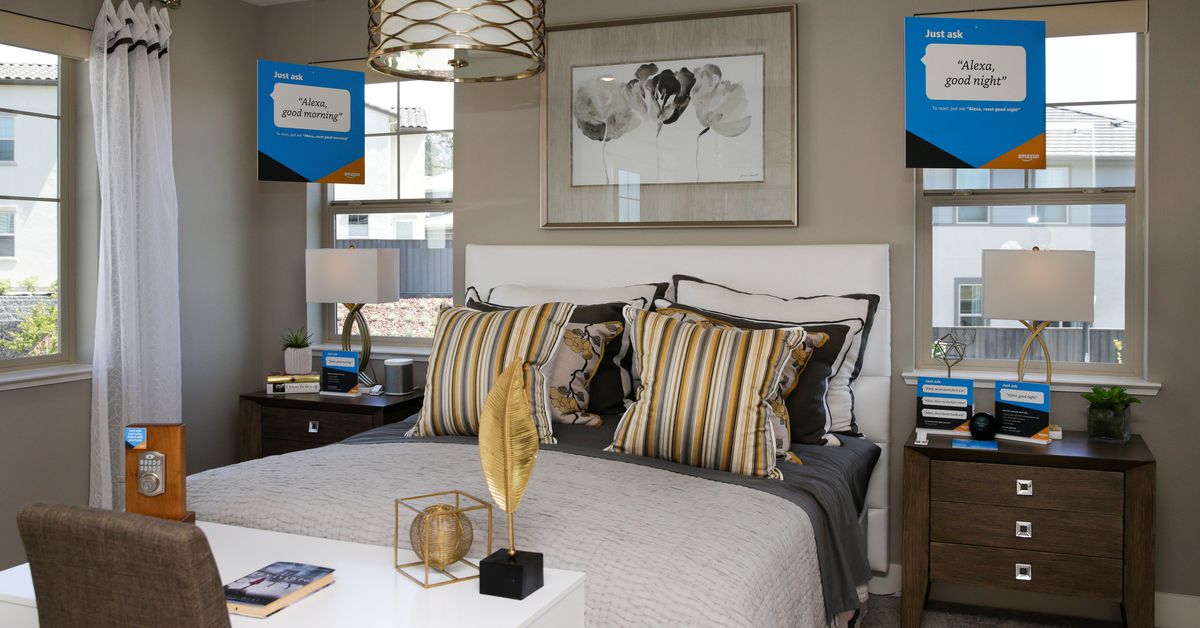 An Amazon Echo Spot is seen on a bedside table in a bedroom in an Amazon ‘experience center’ in Vallejo, California, U.S., May 8, 2018. REUTERS/Elijah Nouvelage

SAN FRANCISCO, Oct 18 (Reuters) – Arm Ltd, the British chip technology firm in the midst of a $54 billion takeover by Nvidia Corp (NVDA.O), on Monday announced tools aimed at cutting the development time of so-called “internet of things” connected devices by some 40%.

For decades, the process of developing most computing devices saw chips and hardware first completed, then prototypes passed on to software developers to write code for the chips.

Arm on Monday released tools that it hopes will let makers of “internet of things” devices, from connected traffic control lights to smart home appliances, develop their chips and code at the same time, shaving two years off the typical five-year timeline to create a device.

The company supplies the underlying blueprints to many chipmakers throughout the electronics industry to develop into physical chips.

Under the new system, Arm will send those blueprints to chipmakers and at the same time will supply a “virtual” version to cloud computing companies such as Amazon.com’s (AMZN.O) Amazon Web Services.

Those cloud data centers will provide a simulation of the chip’s circuitry that software developers can use to write their code, while chipmakers develop a physical chip at the same time.

That is much more efficient than the current system, which requires “hardware farms” of test devices that software developers use to hone their code, Mohamed Awad, vice president of internet of things and embedded technologies at Arm, told Reuters.

Amazon for example plans to use the new system to test the wake word “Alexa” on connected devices made by third-party companies.

“They support over 150 different Alexa-enabled devices. So without this, they’d have to create a hardware farm. By removing physical hardware dependencies, they can accelerate updates,” Awad said.