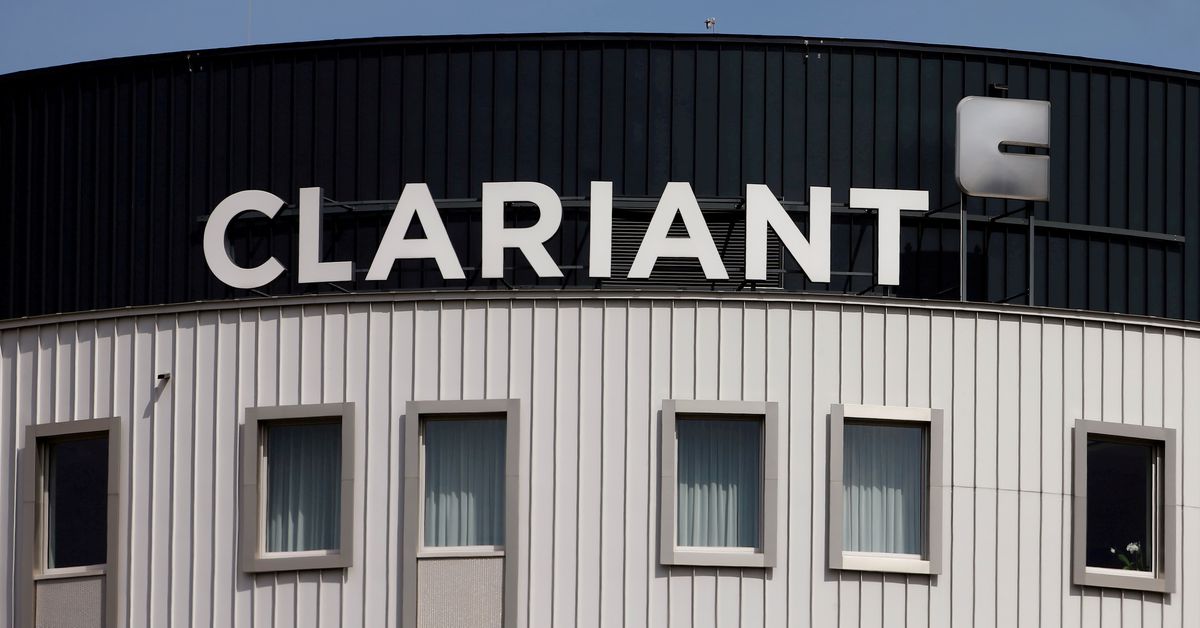 Clariant (CLN.S) has agreed to sell its pigments business to Heubach Group and SK Capital Partners in a deal which values the business at up to 855 million Swiss francs ($951.27 million), the Swiss chemicals maker said on Monday.

Clariant said it would reinvest to become a 20% shareholder in the new combined business, which employs 3,000 people and has annual sales of around 900 million euros ($1.09 billion).

The deal represented an enterprise value of 805 to 855 million francs, depending on an earn-out payment based on the 2021 financial performance of the business which makes pigments and dyes used in the automotive, plastics and other industries.

Clariant said the sale, which is expected to be completed in the first half of 2022, represented a multiple of 10.7 to 11.4 times the standalone EBITDA of the pigments business in the year to April 2021.

The sale is the final stage in the divestment and repositioning programme announced by Basel-based Clariant in July 2018, said Chief Executive Conrad Keijzer.

The company has already divested its healthcare packaging and masterbatches business as it seeks to grow faster than its markets, and raise profit margins.

“Now our focus can fully be on growing revenue and profitability of our core business areas: Care Chemicals, Catalysis and Natural Resources,” Keijzer said.

In addition to funding the reinvestment, proceeds will go into funding organic growth of Clariant, as well as strengthening the company’s balance sheet.