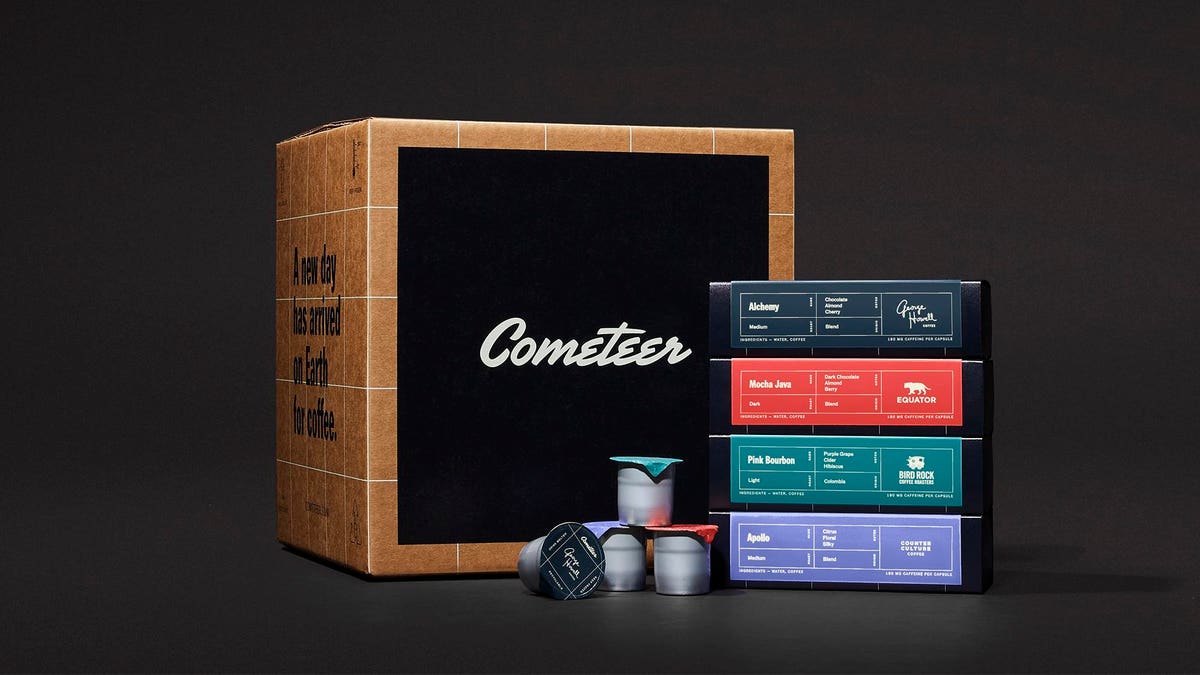 Coffee-tech startup Cometeer has raised a $35 million Series B round, the company announced Tuesday. The investment is the largest made in the specialty coffee sector and brings the total raised by the six-year old company to $100 million. The company declined to provide its revenue or valuation.

Cometeer produces frozen coffee extract pods sourced from well-known specialty roasters throughout the U.S. Single-servings of coffee are filled in capsules, which are then cryogenically frozen using liquid nitrogen and sent by mail to consumers, who can melt the pods in water. The formula was developed and patented by the startup, and its base shipment features four roasts and a total of 32 capsules at a starting price of $64 for a monthly subscription. Cometeer aims to help independent farmers and roasters share the best of their craft, with roasting partners including Birch, Joe Coffee and Equator.

Gloucester, Massachusetts-based Cometeer was founded by Matthew Roberts who was featured on Forbes’ 2021 30 Under 30 list. Investors include the founder of Keurig Green Mountain, the former president of Nespresso and the lead investors in Blue Bottle, a specialty coffee roaster and retailer Cometeer is one of a handful of companies looking to capitalize on the pandemic-driven rise of at-home coffee drinkers and tap the rising sales of specialty coffee that are expected to increase to $85 billion by 2025, according to Adroit Market Research.

The National Coffee Association’s most recent coffee data trends report shows that 85% of coffee drinkers said they had at least one cup of coffee at home in January 2021, up 8% since January 2020 and 10% since 2017. Forbes 2019 30 Under 30 listers Kitu Life, the startup behind bottled coffee company Super Coffee that counts Jennifer Lopez and Alex Rodriguez among its investors, more than doubled its valuation to more than $500 million after its latest funding round in August.

Earlier this month, small-format coffee chain Blank Street raised $25 million in a Series A funding round, only months after it closed $7 million seed round through three venture firms. The company has a post-money valuation exceeding $98 million, according to Pitchbook..

Cometeer is entering a space that beverage brewing company Keurig has dominated for years with its popular K-Cups pods. Roberts, who founded the company with a team of engineers from his attic and with just a credit card in 2015, is banking on Cometeer’s unique manufacturing and flavor to get consumers to buy into his cryogenically frozen pods at a higher price point.

“Coffee that makes it into existing capsules is a shadow of itself,” Roberts says. “You are never going to get that uniqueness in complexity. We are getting (our) coffee when it is freshly roasted and we are grinding and brewing it with systems that are much more complex than anything that can fit on your countertop.”

The latest funding round will allow Cometeer to finish building its 70,000-square-foot headquarters in Gloucester, Massachusetts. The location is especially important to Roberts because it’s the former home of inventor Clarence Birdseye, a pioneer in the fast-freezing fish process.

Roberts also plans to expand his 120-person team, which added 100 employees over the course of the pandemic. “Today, we’re hiring folks from Apple, Tesla, Palantir and Wayfair,” Roberts says. “We are talking about real tech companies, real tech employees coming into the coffee industry because they see the opportunity to change an industry that’s really been stuck in its old ways.”