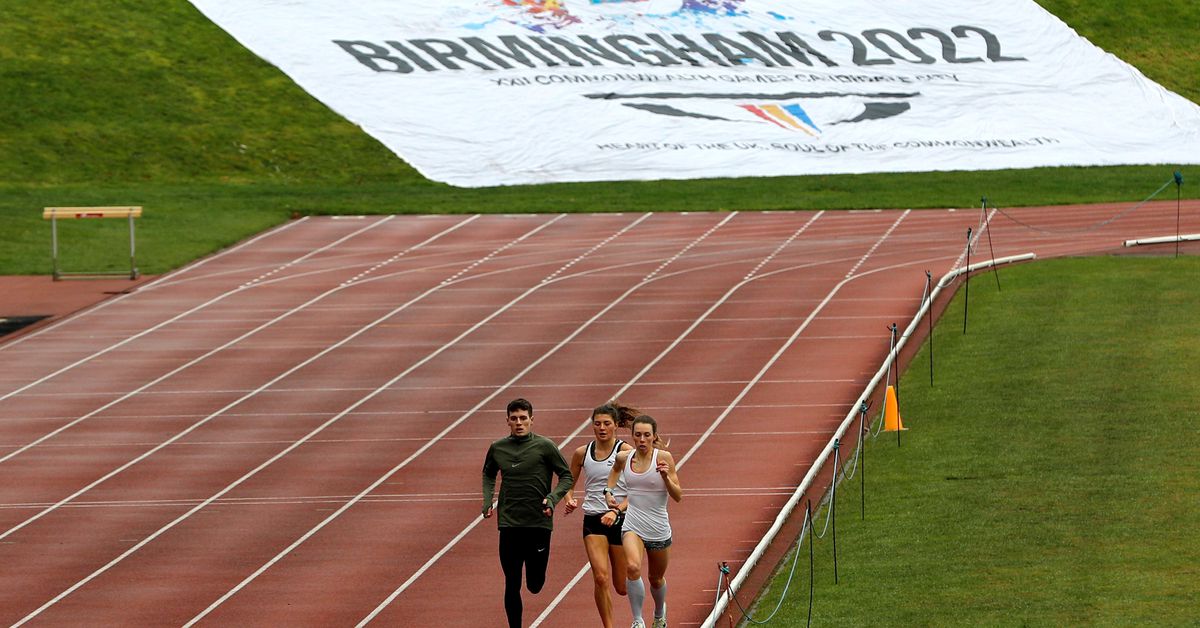 Athletes train in the Alexander Athletics Stadium after the announcement that it will host the 2022 Commonwealth Games in Birmingham, Britain December 21, 2017. REUTERS/Darren Staples/File Photo

Oct 11 (Reuters) – Athletics and Swimming are set to be the only compulsory sports at future Commonwealth Games under a proposed “strategic roadmap” to give hosts more flexibility, increase the event’s appeal and drive down costs.

Next year’s Games scheduled to be held in Birmingham from July 28 to Aug. 8 will feature 19 sports, but the Commonwealth Games Federation (CGF) has recommended that “approximately 15 sports” feature at future Games from the 2026 event onwards.

The CGF is still searching for a host city for the 2026 Games despite an announcement initially being planned for 2019.

Athletics and Swimming would be afforded protected status due to their historical place in the programme, popularity, para(sport) inclusion and gender balance, the CFG said in a statement on Monday.

“As part of an ongoing consultation with International Federations, there are ambitions for a revised Sport Programme to provide hosts with more flexibility to choose from a wider list of core sports,” the statement read.

“This will now include disciplines that have previously been listed as optional sports such as T20 cricket, beach volleyball and 3×3 basketball.

“This will allow hosts the ability to propose entirely new sports, relevant to their nation or culture, to enhance cultural showcasing and community engagement.”

The CWG added there would be no requirement for future hosts to have an athletes’ village, instead encouraging alternative solutions to reduce costs.

“Our Games need to adapt, evolve and modernise to ensure we continue to maintain our relevance and prestige across the Commonwealth,” CFG president Louise Martin said.

“Our next step is to work closely with our International Federation partners to ensure they can contribute to the vision and direction of the Roadmap in order to underpin the future of the Games.”

Reporting by Hritika Sharma in Bengaluru; Editing by Ken Ferris