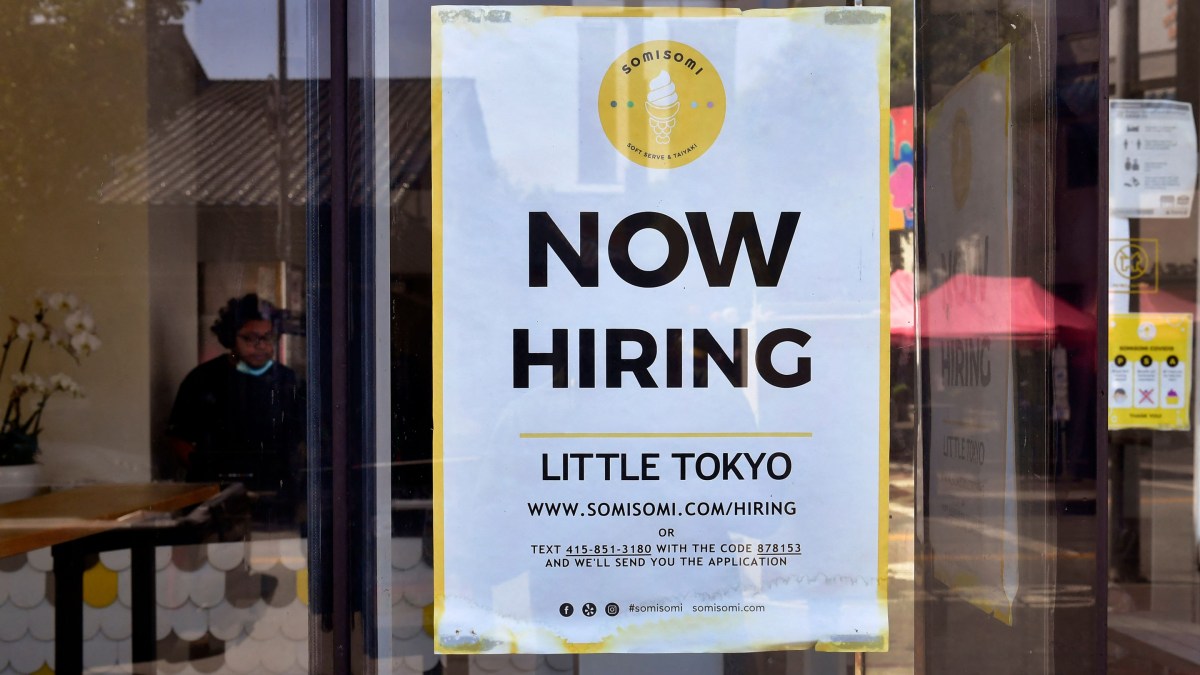 The National Federation of Independent Business released its latest small business optimism index Tuesday. That’s the group’s monthly survey of business owners in retail, construction, manufacturing and services. In May, it found the number of owners planning on raising prices rose to 40%, seasonally adjusted, the highest reading since 1981.

We called up some business owners to see where that’s coming from.

Restaurateur Bobby Williams in Columbia, South Carolina, is facing tough competition. Not for who can make the best catfish or country fried steak, but who can lure workers.

“Like they say: If you can fog a mirror, we will hire you,” Williams said. “We just need some bodies right now.”

Williams raised starting wages at his restaurant, Lizard’s Thicket, to $10 an hour — up from $8. Meanwhile, the prices of everything from pork to plastic goods are soaring. Bacon has doubled. Food-prep gloves quadrupled. Because manufacturing, processing, trucking … everything is backed up.

“Every week, there’s five or six items that are out of stock,” he said.

Williams has had to pass the costs on to customers because he simply can’t sell more to make more money. Labor and supply shortages are holding business owners down.

“The big issue is that they aren’t able to take advantage of that increase in demand for their good or service,” said Holly Wade, with the National Federation of Independent Business, which found half of small business owners had unfilled job openings in May. More than 90% of them said there were few or no qualified applicants. That’s jeweler Becky Beauchine Kulka’s problem in Okemos, Michigan. Her goldsmith moved to Hawaii during the pandemic. She needs sales associates, too.

She too has had to raise wages, and that’s not her only problem. Her suppliers are raising prices because mines and manufacturers overseas are still dealing with pandemic disruptions.