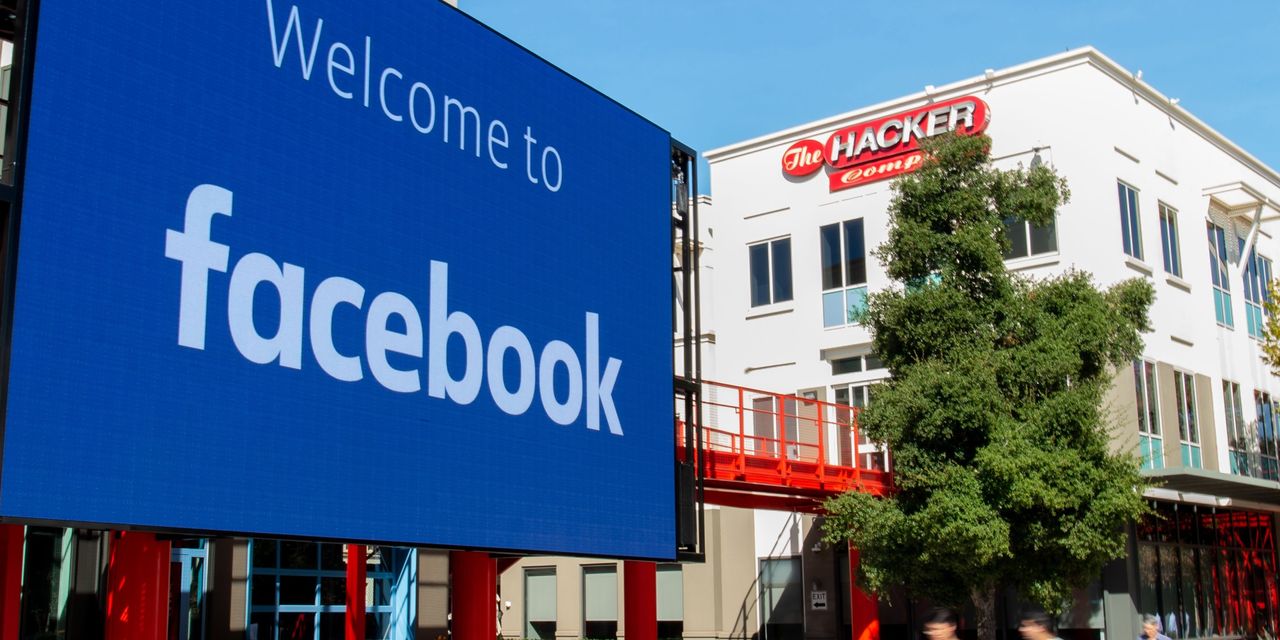 A contractor said this week it is restoring holiday pay to Facebook Inc. janitors after questions from MarketWatch about why hundreds of workers lost more than half their paid holidays during the COVID-19 pandemic.

Facebook FB, janitors who kept their jobs but worked sporadically throughout the coronavirus pandemic went back to full-time, on-site work in April as the social media giant began to open its offices with limited capacity. Although several janitors said they are grateful to still be employed, they wondered why they had lost some perks, specifically a half-dozen paid holidays.

Like many other hourly workers at large companies in Silicon Valley and elsewhere, the janitors do not work for Facebook directly, but are employed by a contractor. In this case, the contractor is ABM Industries Inc. ABM, , which sent janitors at Facebook’s Menlo Park, Calif., campus a letter around Thanksgiving informing them that they would be paid for only five holidays a year effective December 2020, the minimum required in their union contract and down from the 11 days previously offered.

The memo, reviewed by MarketWatch, suggested the change was ordered by Facebook: “While Facebook has been generous enough to pay everyone since March throughout this pandemic, they have made some changes.” It was signed by Samantha Rivera, human resources manager for ABM at Facebook. “Per the client, CWs [contingent workers] will no longer observe all Facebook holidays,” she wrote.

“We were left scratching our heads at such a dramatic change, especially after all the generosity Facebook has shown us throughout the years,” janitor Adelina Valdez, who has worked at Facebook for about five years, told MarketWatch.

Facebook also said it was confused. A Facebook spokeswoman said the company has not asked any of its vendors, including ABM, to revoke any paid holidays, and added that the company pays all its contractors or vendors to provide their workers with 15 paid holidays a year, though the allocation of those days is up to the contractor. Facebook’s nationwide policy of providing those paid days off had not changed, she said.

Facebook was one of the Silicon Valley tech giants that promised to keep paying its service workers throughout the pandemic, even as their campuses were mostly closed. That move fits in with a yearslong effort by some tech companies to improve conditions for service workers after pressure from full-time employees and others.

See: How long will the Silicon Valley employees who can’t work from home keep getting paid?

Through several days of email exchanges with MarketWatch, ABM would not explain the discrepancy between what the janitors were told about who canceled the paid vacation days and Facebook’s statements. A spokeswoman for ABM said the company “continues to provide employees the full amount of paid holidays in alignment with [the collective bargaining] agreement, our contract with Facebook which requires we provide at least 15 paid days off to employees (which remains unchanged), and as part of our commitment to support the well-being of our team members.”

But Valdez and several other Facebook janitors told MarketWatch that their ABM supervisors had asked them to use their vacation time if they wanted to be paid for certain holidays, including the recent Memorial Day holiday, plus Christmas Eve, New Year’s Eve and other holidays for which they once got paid.

Last Wednesday, MarketWatch asked Facebook questions about the paid holidays that had been revoked from janitors. The following day, MarketWatch also asked ABM for comment about the matter. According to Valdez and other janitors in contact with MarketWatch, ABM then told them that same day that they would be getting paid for Memorial Day after all.

“Why would they pay [us for the holiday] at the last minute?” one janitor, who has worked at Facebook for about three years and asked not to be named out of fear of reprisal, asked MarketWatch. “It makes you wonder.”

The ABM spokeswoman would not answer additional specific questions, but janitors received another memo from ABM on Thursday night that announced the contractor was canceling the reduction of paid holidays it announced last year and rescinding its contention that Facebook had sought the change.

“Following discussions between ABM and SEIU-USWW, those changes will not be implemented, and the issue is resolved,” the letter, which was on ABM letterhead and reviewed by MarketWatch, said. “ABM will initiate actions to address any discretionary holiday pay issues.” The letter explicitly stated that ABM “made the decision,” and that “Facebook did not initiate the changes.”

“We apologize for any confusion about this,” said the last sentence of the letter, which was not signed by a person but simply by ABM.

Friday afternoon, an ABM spokeswoman sent the following statement: “ABM is pleased to confirm that our team members at this location will be paid retroactively for discretionary holidays.”

The janitors were encouraged by the news, they told MarketWatch on Thursday night. But another janitor who asked not to be named said, “There was no confusion whatsoever. They stated ‘the client,’ aka Facebook [in the first letter]. Hopefully they are exposed for what they did and who they are.”

“We have been asking about this issue for months. In a few days after you asked them questions, they changed their mind,” Valdez told MarketWatch.

Another janitor said it remains “to be seen” whether ABM will follow through. So far, because of the changes announced in November, the janitors have not received holiday pay for Christmas Eve and New Year’s Eve 2020, as well as Martin Luther King, Jr. Day and Presidents Day this year.

Facebook said Friday it was aware of ABM’s letter but had no comment about the contractor’s about-face, and said it continues to investigate the issue. A spokeswoman said the company wants to ensure the janitors are being treated fairly, and that contractors adhere to Facebook’s policy of providing 15 paid days off.

Denise Solis is a vice president for the Service Employees International Union United Service Workers West, which represents about 300 janitors at Facebook’s headquarters. She said the union has been talking with ABM since the changes were announced in November, and that the union had also been told that Facebook had ordered the changes.

“There is a complicated dynamic when there are layers of subcontracting of essential services that ultimately leaves the workers in ‘by design’ low-wage industries vulnerable and left holding the short end of the stick,” Solis said Friday. “As a union that represents workers in low-wage industries of immigrant and diverse BIPOC and working-class communities, we are constantly pushing on this dynamic to organize workers into having the collective power to be seen and valued.”

ABM had 114,000 employees, 32% of whom are covered by collective bargaining agreements, as of October 2020, according to its most recent annual filing with the Securities and Exchange Commission. ABM workers provide janitorial, parking, airline and other facility services, such as building maintenance.

According to ABM’s filing, the pandemic “has had, and will likely continue to have, an adverse impact on our consolidated financial position, results of operations, and cash flows.” To “preserve liquidity,” the company said it instituted pay cuts or reduced hours for certain employees and managers temporarily but restored full pay last August. “We have also actively managed direct labor and related personnel costs, including: imposing furloughs or reduced hours for certain service employees in markets significantly impacted by business slowdowns and shutdowns,” ABM also said.

A years-long class-action lawsuit filed against ABM over workers’ pay for meal periods, split-shift premiums and reimbursement for travel is set to go to trial in July in San Francisco Superior Court. The company is also facing several other lawsuits in different states over allegations involving sick days, underpayment of overtime and unpaid wages.

Meanwhile, other contract workers at Facebook, including those at different locations, have not seen changes in their paid holidays, according to pay stubs seen by MarketWatch and union leaders who represent workers at the company’s other offices.

“This issue [seemed] unique to this location,” Solis said. She said the union was not aware of any similar issues at Facebook’s satellite offices elsewhere in the Bay Area, which have about 90 janitors that are employed by other contractors, not ABM.

Ted Waechter, spokesman for Unite Here Local 2 in San Francisco, and Sarah McDermott of Unite Here Local 19 in Silicon Valley said they are not aware of any changes to workers’ pay or benefits, either. The two local unions combined represent more than 1,000 Facebook cafeteria workers, who continue to be on paid furlough.

Stacy Murphy, a business representative for Teamsters Local 853, which represents many of the Bay Area’s tech-shuttle drivers, said Facebook’s shuttle drivers are also still on paid furlough and have not seen any changes to their pay or benefits.

This story has been updated with additional comment from ABM.