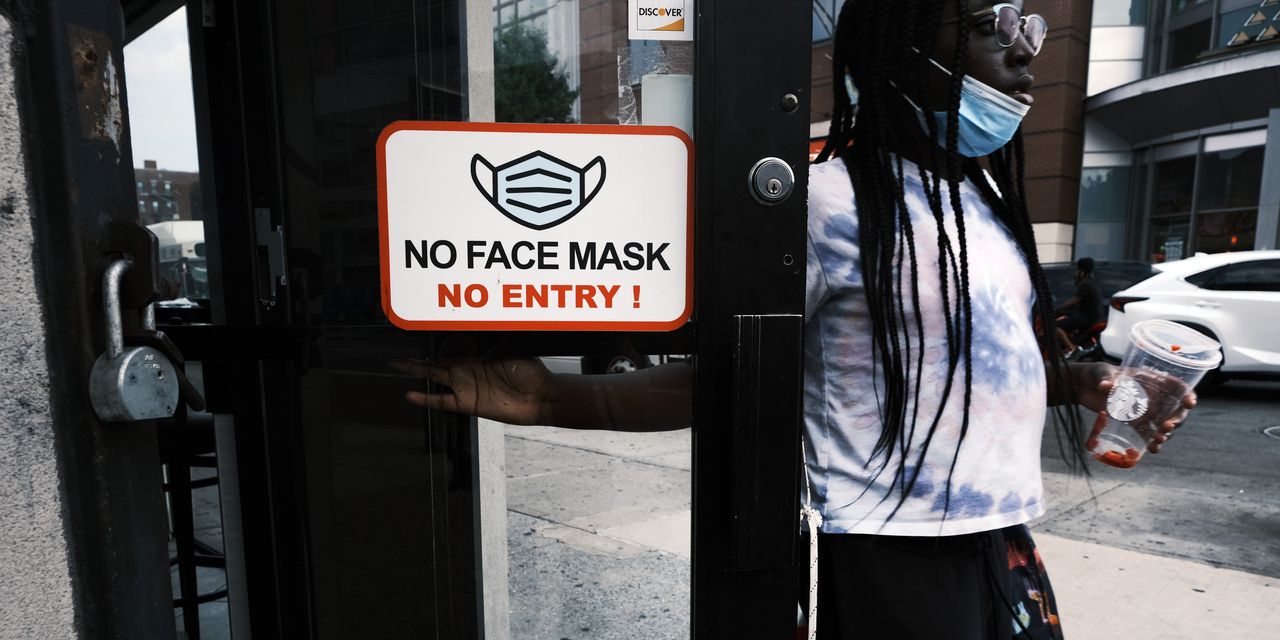 Small-business confidence dropped in August to its lowest level since early spring, as the rise in Covid-19 cases due to the highly transmissible Delta variant put a damper on expectations and turned entrepreneurs more cautious.

Thirty-nine percent of small-business owners expect economic conditions in the U.S. to improve in the next 12 months, down from 50% in July and 67% in March, according to a survey of more than 560 small businesses for The Wall Street Journal by Vistage Worldwide Inc., a business coaching and peer advisory firm.

The measure is one part of a broader confidence index that also tracks metrics such as small-business owners’ outlook for their companies and their investment and hiring plans. That overall figure remains positive, but fell to its lowest level since March.

At Wizard Studios, an event production company with 25 employees, bookings jumped in May after the Centers for Disease Control and Prevention lifted mask mandates. The Brooklyn, N.Y., company added nine employees this year after laying off half of its 32-person workforce in March 2020.

On Friday, one client indefinitely postponed plans for a launch party for a television event and another put off plans for a multiday corporate meeting at a Hamptons beach resort, bringing total cancellations and postponements to five this week.