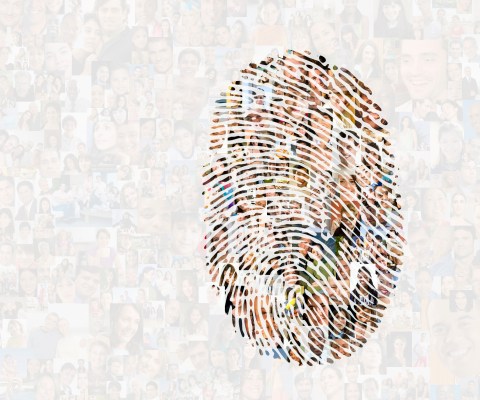 Robert Karanja is a Director of Responsible Technology and Africa Lead for Omidyar Network and is based in Nairobi, Kenya.

The COVID-19 pandemic has accelerated many technological shifts – how many of us knew what Zoom was before last spring? Rapidly-developed mRNA COVID vaccines are themselves a case study in scientific and technological progress. Now efforts in the United States and Europe to require proof of said vaccination for a number of activities offer a preview of the immense opportunities possible as identification evolves – as well as a warning of its potential pitfalls if not done right.

In the United States, proof, for the moment anyway, is accomplished via a small piece of black and white paper — or even just a picture of it — with details of one’s vaccination record often handwritten. It feels like an artifact from another era. Contrast that to the European Union’s Digital COVID Certificate. Its scannable QR code can instantly access data from government health systems revealing vaccination status, COVID-19 test results, and even acquired immunity from an infection.

The Digital COVID Certificate is an example of a digital ID. Governments are increasingly adopting these technologies in order to solve a global problem: the lack of official ID for one billion people around the world. This is a huge barrier to participating in modern society – limiting access to jobs, school and even engaging in the basic activities of everyday life. Digital IDs can make it easier and safer for individuals to bank, vote, travel, obtain government services, and safeguard their social media profiles and interactions.

But here’s the problem: digital IDs can also be used to restrict freedoms, increase surveillance, and actually make it harder to do many of the things they are supposed to facilitate. For example, over the last couple of years, concerns in India over privacy protections — and in Kenya over documentation requirements that were excluding already marginalized communities — have made national digital ID programs contentious issues (indeed, the Kenyan High Court ruled the IDs invalid after finding the government failed to properly safeguard citizen privacy in the rollout). Even in Europe, critics worry that its EU COVID certificates could end up restricting the movements of people in low-income countries who can’t comply with the stringent “chain of trust” often involved in establishing digital IDs.

This is part of a larger trend over the last decade, with individuals at all levels of society becoming increasingly reliant – and to a certain extent captive – to digital tools and platforms outside of their control. This digital transformation has been given added urgency during the COVID-19 pandemic and the shift to virtual interactions. If we are to fulfill the promise of digital ID systems, they must be paired with robust policies and the technical architecture that will ensure they expand rather than contract individuals’ rights and liberties.

More people need a voice to ensure these systems expand, rather than erode, freedoms and opportunities, but too often the needs, experiences, and rights of citizens, residents, and consumers are not considered in developing digital ID technologies and policies. These missed opportunities can lead to severe consequences—digital ID programs that jeopardize privacy, present security risks, and exclude, marginalize, and even endanger users. Governments and businesses that rely on such flawed programs risk data breaches, cyberattacks, economic consequences, and the loss of public trust.

In the last few years, a coalition of privacy and security advocates began working with businesses, governments, and civil society organizations to advance their shared belief in the many benefits of digital IDs—and address their equally intense concerns about their many risks. They developed a pathway for developing digital IDs so that they live up to a standard called Good ID.

The Good ID approach involves following a framework of practices to design ID programs and policies that empower people to freely and safely engage with the digital world. Digital IDs should prioritize privacy and security and be treated as protected assets controlled by individuals and safeguarded by law. Good ID also elevates the importance of inclusion, transparency, and accountability. It promotes ways for individuals to play a major role in their own identity management. For example, a company in Canada is working with Indigenous communities there to develop secure digital IDs that can make it easier to protect rights that are guaranteed by the federal government.

The push for Good ID has inspired a global movement that includes grassroots organizations like Namati and Paradigm Initiative, researchers like ITS Rio and Oxford University, initiatives like MOSIP, Smart Africa and Women in Identity, institutions like the World Bank and World Economic Forum, philanthropic leaders like Mozilla Foundation and the Bill and Melinda Gates Foundation, as well as my own organization, Omidyar Network. The #GoodID movement has created dialogues while pursuing research and advocacy that engages residents, governments, technologists, and businesses.

Already, this global advocacy effort has influenced national debates in nearly 40 countries. At least 25 countries have adopted elements of Good ID. Most importantly, there are now some 1.2 billion people around the world who have access to better ID systems that allow them to more fully and safely engage in their societies, economies, and election processes. Yet the work of this community will continue until digital IDs everywhere become worthy of the public’s trust.

In the last five years, digital ID has evolved from a novel innovation to an increasingly common technology, one with far reaching implications that are prompting attention from a wide range of stakeholders. There is no going back, paper vaccination cards notwithstanding. Yet digital ID systems are being implemented so rapidly that the danger of getting it wrong — of causing harm — is palpable.

That’s why the global push to harness sophisticated, cutting-edge technologies to create digital ID systems can benefit from a focus on good policies, transparent processes, and accountability. The ethos of the tech community is famously to ‘move fast and break things.’ With the #GoodID movement, we can reconcile that impulse when it comes to digitizing society with the needs, experiences, and rights of everyday citizens.