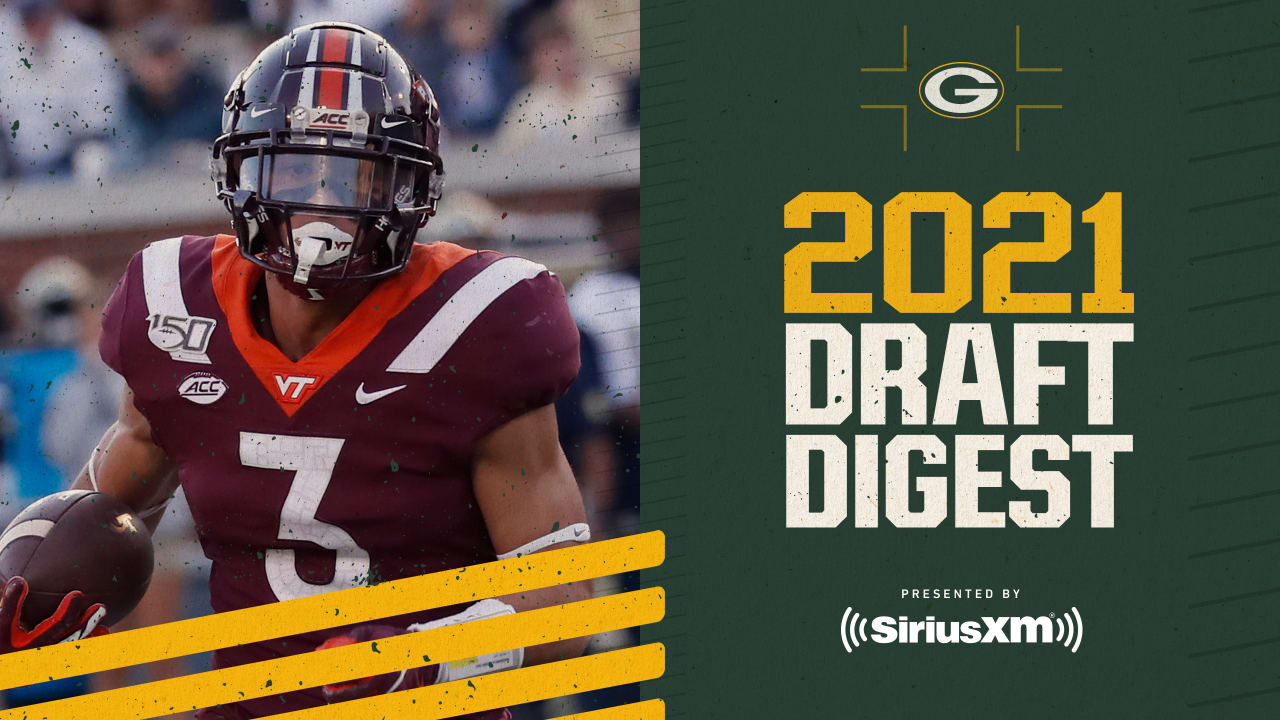 Packers.com consulted more than a dozen mock drafts from reputable national outlets and compiled a list of players most frequently mocked as draft selections in the bottom third of the first round (picks 20-32).

Between now and draft day, when the Packers are slated to select at No. 29 overall, those players will be profiled with thumbnail sketches in a new series entitled “Draft Digest.”

Key stats: Started 23 of his 24 career games at Virginia Tech, recording 56 tackles (43 solo), 19 passes defensed and six interceptions (one returned for a touchdown). His four INTs tied for second most in the Atlantic Coast Conference in 2019.

College honors: Named first-team All-ACC in 2019 and honorable mention in 2018 for the May Clinic Comeback Player of the Year Award after redshirting his freshman year due to a preseason knee injury.

Background: The sky is the limit for Farley, who has played cornerback for just two seasons. An all-state quarterback at Maiden (N.C.) High School, Farley was intending to play receiver at Virginia Tech before sustaining a season-ending knee injury during his first summer on campus. He resurfaced the following year at cornerback, starting 12 of his 13 appearances as a redshirt freshman. Farley elevated his game as a sophomore, recording 12 passes defensed and four interceptions (tied for second in the ACC). He recorded a two-INT performance in Virginia Tech’s 42-35 win over Miami (Fla.) on Oct. 5, 2019, and flashed big-play potential as a ball hawk, taking a 17-yard interception to the end zone in Virginia Tech’s 45-0 shutout of Georgia Tech on Nov. 16, 2019. Farley opted out of the 2020 season due to health concerns over the COVID-19 pandemic and his desire to protect his father, Robert, after his mother, Robin, died in 2018 after a long battle with breast cancer. Farley missed Virginia Tech’s pro day after undergoing a back procedure in March.

Potential fit with Packers: Farley fits the mold of the long, athletic cornerback the Packers have featured in their defense over the years. Most pre-draft analysts believe Farley’s press-man coverage is ahead of his off-the-ball skills right now, but those edges could be smoothed out with more playing time and coaching. Green Bay returns all six cornerbacks that finished the year on the team’s active roster, but ﻿Kevin King﻿, ﻿Chandon Sullivan﻿ and ﻿Josh Jackson﻿ are unrestricted free agents after the 2021 season. It remains to be seen if new defensive coordinator Joe Barry will favor the dime defense (with six DBs) as often as Mike Pettine did, but the position remains high on the Packers’ list of potential needs for this year’s draft.