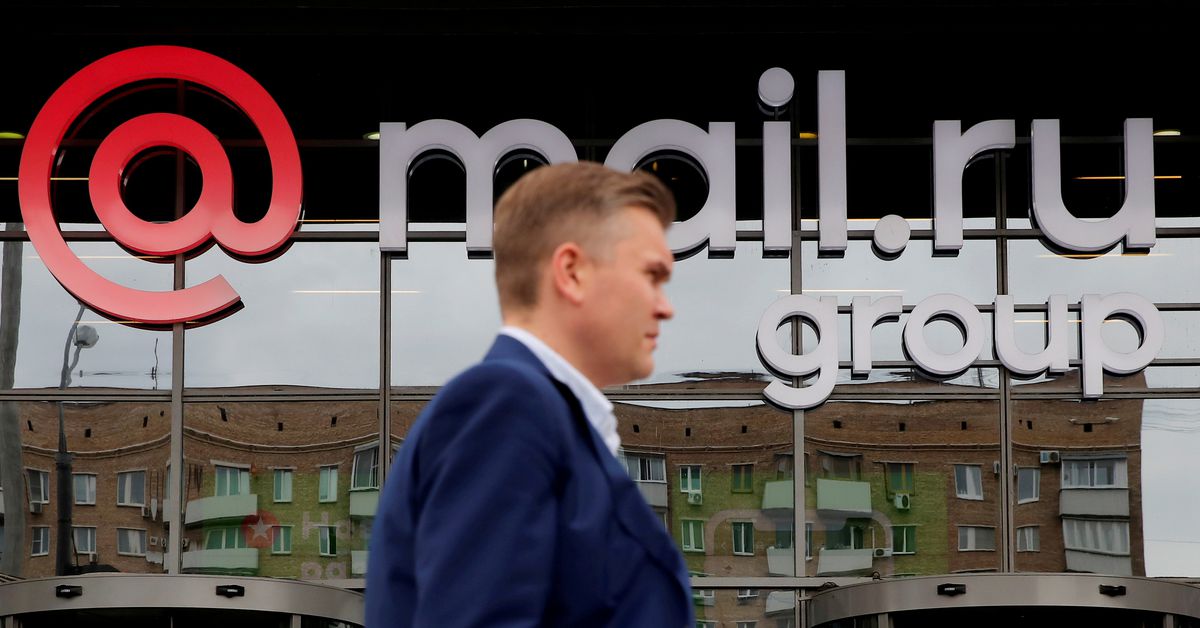 The logo of Russian Internet company Mail.ru Group is seen on the facade of its headquarters in Moscow, Russia June 26, 2019. REUTERS/Maxim Shemetov

Mail.ru, which owns the popular Vkontakte and Odnoklassniki social networking websites, expanded its e-commerce services and games division last year as the pandemic boosted demand for online purchases and entertainment.

Pandemic-related lockdowns in the same period last year meant the company was combating highly differing base effects across its various businesses, CEO Boris Dobrodeev and board chairman Dmitry Grishin said in a joint comment.

Mail.ru and Sberbank were earlier this year on the verge of dividing assets in the venture, which encompasses food delivery app Delivery Club, ride-hailing service Citymobil and other assets, sources told Reuters.

The company confirmed its guidance for this year. Earlier it said it expected revenue to grow by 18%-21% to 127 billion to 130 billion roubles in 2021 and its EBITDA margin to increase compared to last year.

BCS Global Markets analysts described the results as mixed, putting the growth deceleration and EBITDA drop down to the tough comparison base and investments in smaller units, such as edtech, which saw an 87.8% revenue jump to 2.17 billion roubles.

Mail.ru rival Yandex (YNDX.O) on Wednesday lifted its guidance after strong second-quarter results, saying revenue this year should now be between 330 and 340 billion roubles. read more